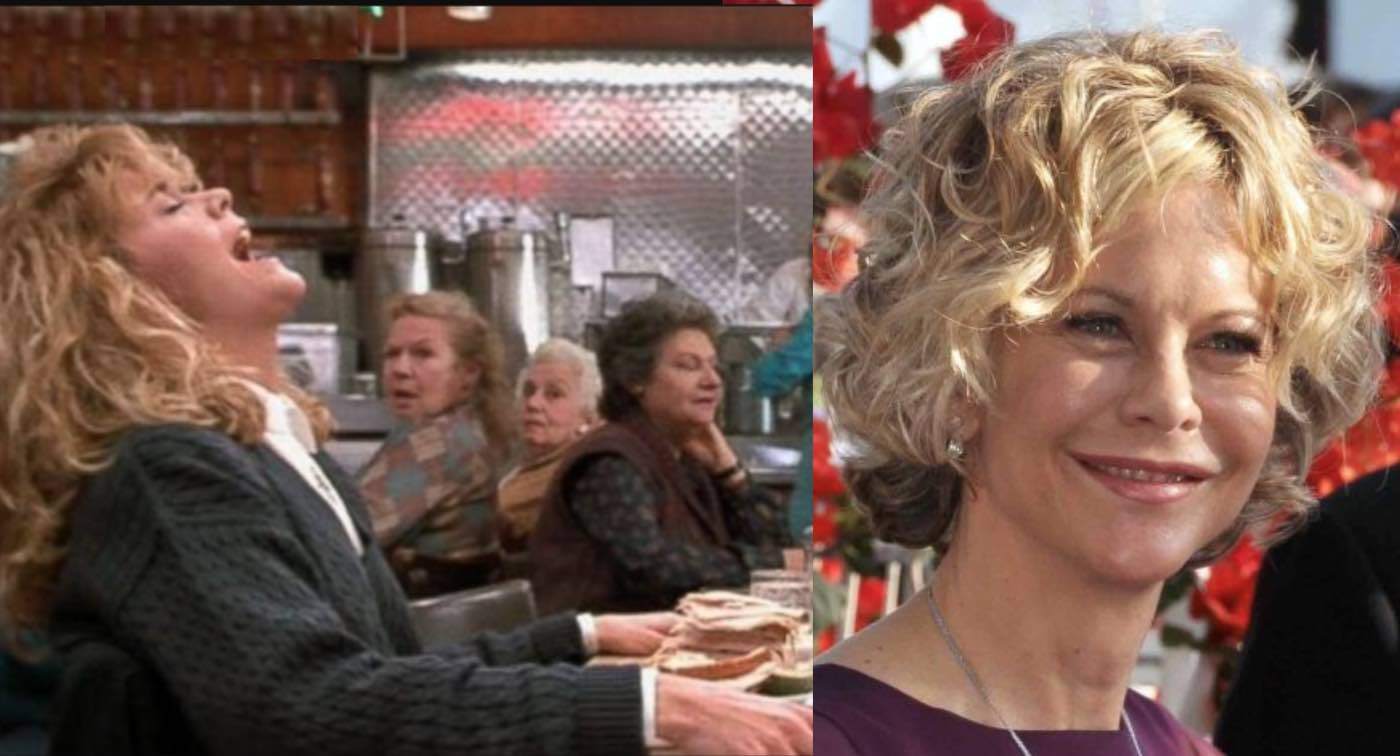 Happy 60th Birthday to Meg Ryan, the actress and director who starred in the most successful romantic comedies of the 90s and 2000s—films like Sleepless in Seattle, French Kiss, You’ve Got Mail, and Kate & Leopold.

Earlier, she appeared in the box office hit Top Gun, and achieved recognition in independent films such as Promised Land, but it was her performance in the 1989 Rob Reiner-directed comedy When Harry Met Sally that brought her worldwide attention and her first of three Golden Globe nominations.

Meg’s other films include Courage Under Fire (1996) with Denzel Washington, City of Angels (1998) with Nic Cage, and Proof of Life (2000) with Russell Crowe (1961). She made her directing debut in 2016 with Ithaca, starring Sam Shepard and her long-time costar Tom Hanks.

Living in California, Meg is marking her milestone birthday with a low-key celebration surrounded by close friends and family, including her daughter, Daisy Ryan, 17, and son, Jack Quaid, 29. “I love my age. I love my life right now. I love the person I’ve become,” she gushed to a reporter. WATCH a recent video of her life today… (1961)

And, on this day, in 1985, US President Ronald Reagan and Soviet Union leader Mikhail Gorbachev met for the first time.

The Geneva Summit in Switzerland was the first step toward a thawing of Cold War tensions, as Reagan and Gorbachev talked about all topics and got to know each other’s positions. The new relationship led to the signing two years later of the INF Treaty to eliminate intermediate range nuclear weapons.

401 years ago today, the settlers aboard the Mayflower first laid eyes on Cape Cod, Massachusetts. The group of English families known today as the Pilgrims sailed aboard a Dutch cargo vessel to the New World on a grueling 10-week voyage. Carrying 30 crew members and 102 passengers whose desire to emigrate to America was considered audacious and risky, the refugees dared to follow the Jamestown settlers 13 years earlier who saw most of their population die within the first year.

Establishing the Plymouth Colony, more than half of the original settlers starved during the first winter, but the Puritans also received the help of local Indigenous peoples who taught them food gathering and survival skills—and the following year, they celebrated the colony’s fall harvest with the local tribe, a day that centuries later was declared the first Thanksgiving Day. (1620)

Happy 79th Birthday to Calvin Klein, the American fashion designer whose iconic red-carpet gowns and suits are noted for their clean lines.

In the mid-1970s, he started the designer-jeans craze by putting his name on the back pocket, and featured Brooke Shields in ads photographed by Richard Avedon. He next made a fortune inventing the boxer-brief and putting his name and styling on mens underwear,  which garnering a scene in the film Back to the Future. (1942) –Photo by David Shankbone, CC

And, Happy 83rd  birthday to American media mogul and philanthropist Ted Turner. He founded CNN at a time when no one believed anyone needed a 24-hour cable news channel. He founded WTBS, which pioneered the superstation concept in cable television.

As a philanthropist, he is known for his $1 billion gift to support the United Nations, which created the United Nations Foundation, a public charity to support environmental and human rights initiatives. Additionally, in 2001, Turner co-founded the Nuclear Threat Initiative with US Senator Sam Nunn.

Although Mr. Turner has enjoyed many personal successes, including experiencing a World Series win with his Atlanta Braves, he says of his billion-dollar UN donation, “I’ve never been happier or more pleased with myself than I am today—it’s the joy of giving.”  (1938)

Happy 62nd Birthday to actress Allison Janney, who is as talented as she is tall. The 6-foot firecracker has won an Academy Award, 7 Emmys, a BAFTA, and a Golden Globe. After years of minor film and TV appearances, Janney’s breakthrough came playing the White House press secretary on The West Wing (1999–2006), for which she received four Emmys. Her snappy-smart portrayal of C. J. Cregg was widely recognized as one of the greatest female characters on American television.

Starting in 2013, she’s polished her comedy chops as a cynical recovering addict in the CBS sitcom Mom. That role has earned her 5 consecutive Emmy nominations, with two wins. The seventh season of Mom premiered in September—the catalogue is also available to stream on Hulu.

Other notable films include Primary Colors, Juno, The Help, and a 2019 remake of The Addams Family. Her performance as the figure skater Tonya Harding’s acid-tongued mom in I, Tonya won her the 2017 Academy Award for Best Supporting Actress. (1959)