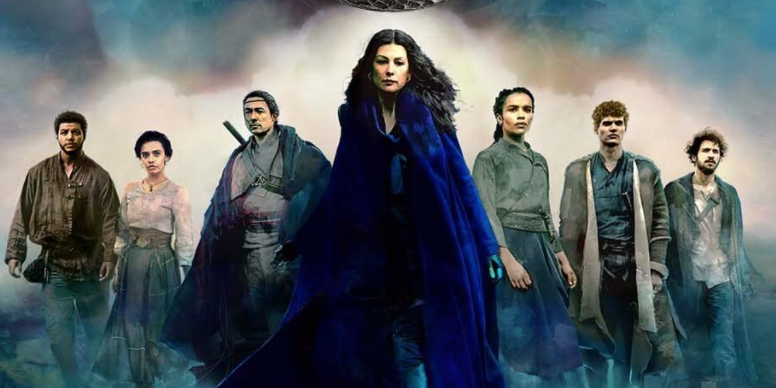 Production for The Wheel of Time—Amazon’s $80 million fantasy epic, adapted from the novel series by Robert Jordan and intended to be the next Game of Thrones for the streaming network—began production in November 2019.

The team filmed outside Prague, setting up in a 350,000 square foot warehouse. Many of the sets were constructed. One, The Two Rivers, the home of several primary characters, was built almost in its entirety. And then it was just as promptly burned down.

“It’s not like we can go say, ‘Oh, you know, Game of Thrones, season one, they only spent this [much money on each episode],’” Mike Weber, an executive producer of The Wheel of Time, told GQ in an interview. “The audience expectation is coming off of the last season of Game of Thrones, not the first season.” All of which meant filming nearly two seasons worth of content over the course of 2019 and 2021 (production, along with everything else was halted in early 2020). Amazon Prime Video even renewed the series for a second season before filming wrapped. They are all in.

While dates for season 2 have not yet been released—the season, some of which appears to be already filmed, should be out next year—we have close to eight hours of television scheduled for the next two months.

Here’s when the next episode of The Wheel of Time will hit Amazon Prime, and how to watch the entire series.

When does The Wheel of Time Come Out?

The Wheel of Time will run for run for eight episodes with the first three premiering on November 19.

The following episodes will air weekly, with the final one reportedlyairing on Christmas Eve.

How to watch ‘The Wheel of Time’

The Wheel of Time will be available exclusively to Amazon Prime customers. You’ll need to subscribe in order to watch episodes. You can also let the episodes pile up and order a 30-day free trial.