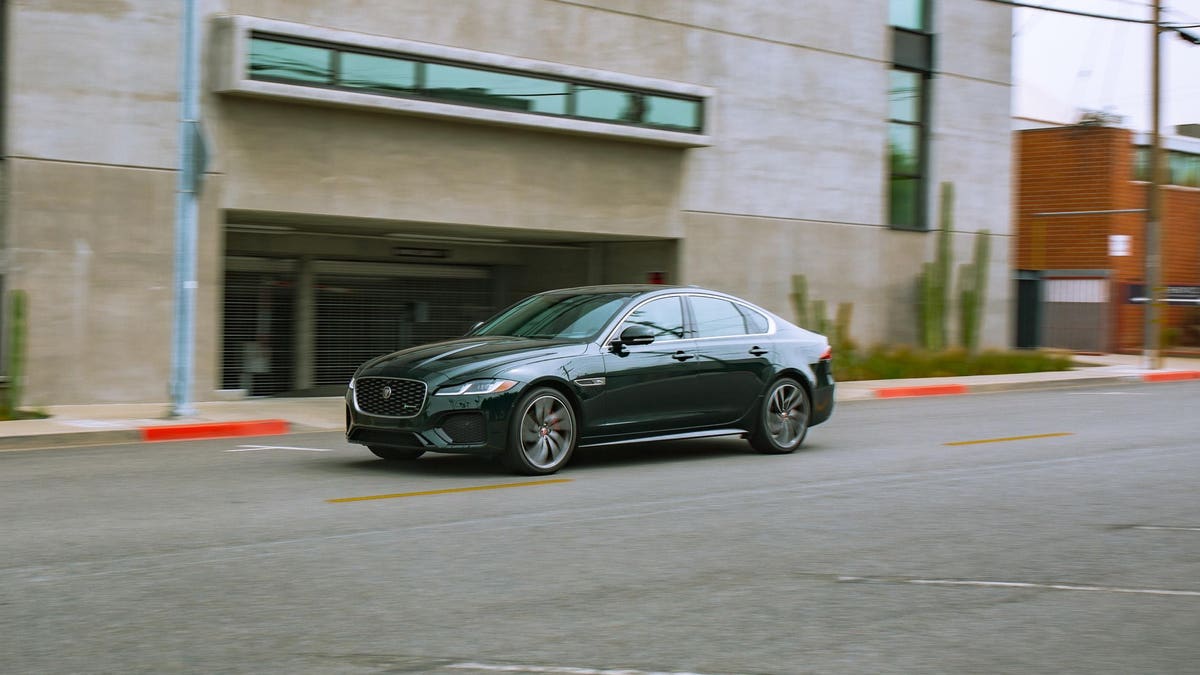 The XF is Jaguar’s only sedan as the brand shifts most of its lineup to SUV’s and concentrates on an electric future for the company. The XF retains its sharp dynamics and is more feature-laden than the previous model years while still undercutting the competition from a pricing standpoint. For those looking for a bit of British sophistication, the XF might just be the car for you.

The XF has an aluminium-intensive chassis that is not only light but also rigid. In front, the vehicle has a double-wishbone setup and a multilink for the rear. The revised engine options mean that although the XF isn’t slow, it lacks the feel and thrill of speed.  Once you get to cruising speeds, the 8-speed automatic transmission becomes refined providing a smooth driving experience.

Steering is accurate and perfectly weighted. In the corners, the car moves wherever you point it without having to constantly make small corrections on the go. The XF is set up to handle long highway miles with its steering and nicely damped suspension.

The XF is powered by a turbocharged two-liter, four-cylinder engine that comes in two variants; the P250 version outputs 246 hp and 269-pound feet of torque, while the P300 outputs 296 hp and 295 pound-feet of torque, with both engines mated to an 8-speed automatic transmission.

The more powerful engine will get to 60-mph in 5.8 seconds which isn’t slow but less than the previous generation supercharged V6. In the UK, there is an option to get a diesel mild-hybrid electric version of the XF that is less powerful at 201 hp but torquier at 317-pound feet. The normal two-liter engine is surprisingly efficient with EPA ratings of 22-25 mpg city and 31-34 mpg highway.

For 2021, the XF has a punchier front end with a bumper that is more aero efficient, slimmer LED headlights, bigger air intakes, with the Jaguar logo on the side vents. The rear has a redesigned bumper and an enlarged diffuser which enhances its overall outlook. But by the far, the most attractive of the lineup is the R-Dynamic spec.

Inside are subtle changes to the 2021 model lineup. The outboard air vents that rotated open and the centre console rotary shifter are gone. For 2021 next to the new shift handle is a drive mode selector that lowers into the console when not in use. The climate controls are new too, with dials having self-contained temperature settings. The front seats are also wider and have larger cooling and heating areas.

The infotainment system is called Pivi Pro and runs through a large 11.4-inch touchscreen with curved glass. The setup comes as standard with Android Auto, and Apple CarPlay, and an impressive 12 speaker Meridian stereo system.

More buyers are moving from sedans to SUVs and the XF’s recent sales figures speak to that. Being the last sedan on Jaguar’s lineup, Jaguar has made the 2021 model a more competitive prospect, even lowering its price to make it more appealing to customers. Even though the XF offers a lot of luxury for the price point, its competitors simply offer better overall options than the XF in terms of packaging, comfort and performance.