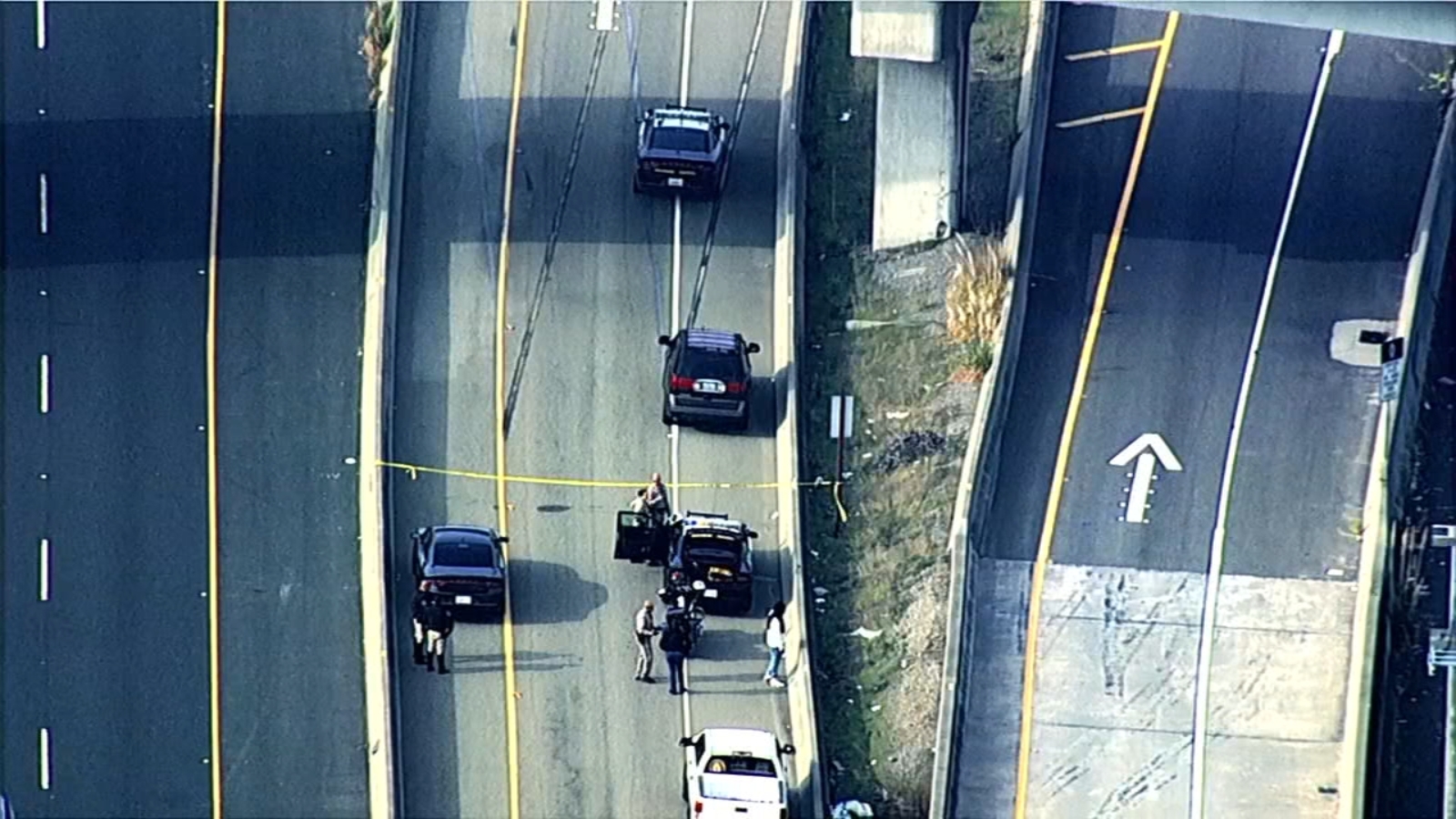 OAKLAND, Calif. (KGO) — Four lanes of westbound interstate 80 at the Bay Bridge toll plaza were shut down Thursday morning after a body was found in the front passenger seat of a burgundy-colored SUV on an access road.

The front windows were blown out by what could have been bullets. The driver survived.

RELATED: In wake of toddler’s death, CHP reveals Alameda Co. had 76 freeway shootings in past year

CHP will only say they are conducting an investigation so it’s unclear who shot at the SUV.

A massive backup ensued, clogging westbound traffic heading to San Francisco from the MacArthur maze. By 11:45 a.m. the Alameda County Sheriff’s Department coroner’s van arrived at the scene and the Bay Bridge reopened at noon.

Just a few weeks ago 23-month-old Jason Wu was shot in the head as he traveled on southbound I-880 in a car his mother was driving. Police believe the family was caught in gang crossfire. There have been dozens upon dozens of shootings on freeways in Alameda County in the last year.

RELATED: Family urges suspect to surrender after toddler dies, caught in crossfire of I-880 shooting

“There’s just a lot of angst out there right now. It’s just been ongoing and pent up since the pandemic started. It creates a lot of anger. I don’t really like driving. It’s like every day you go out there you are putting yourself at risk,” said Oakland resident Elise Faur.

“It’s dangerous out here. You never know if someone is going to drive up next to you and do whatever. You accidentally cut someone off, you’re in fear of your life,” said Oakland mom Tabitha Umunna.