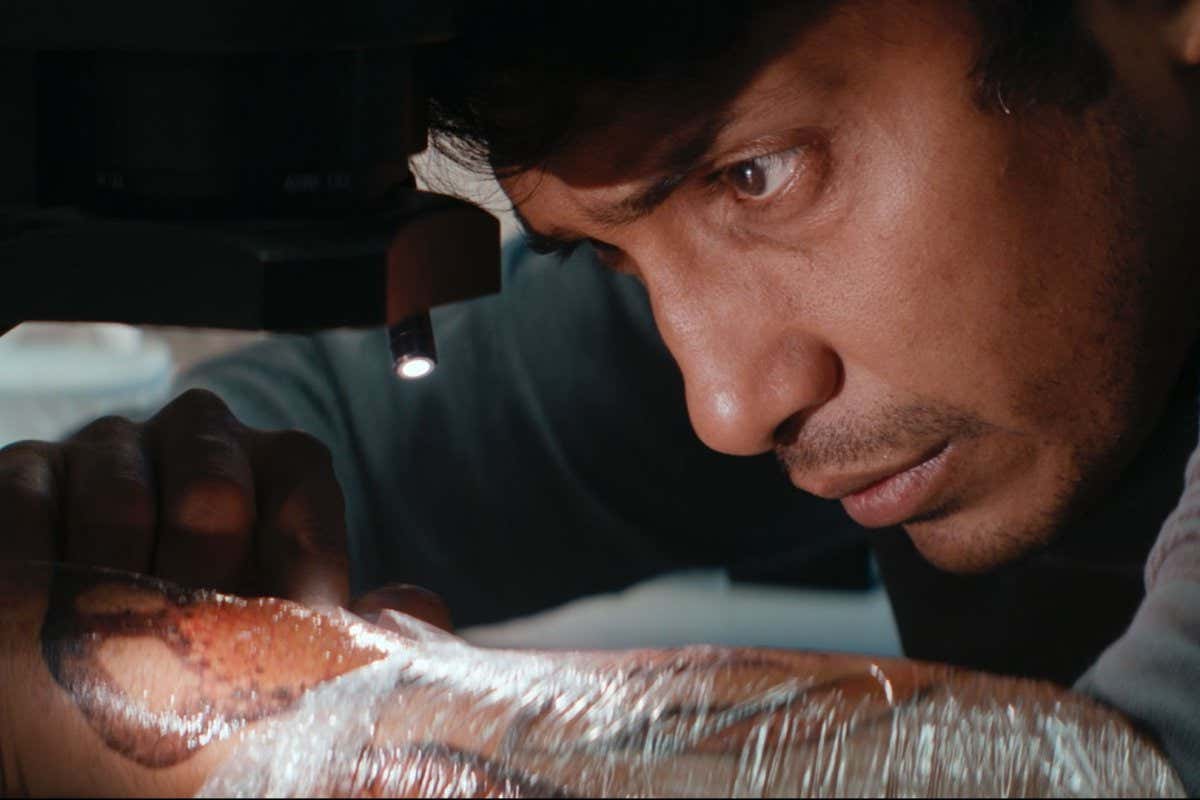 SOMETHING has gone wrong in Mendel’s life. Bob, his boss at a genetics laboratory in New York City, is holding up a journal for his young post-doc to see. On the cover is a close-up of the wing of a monarch butterfly and a cover-line announcing the lab’s breakthrough: they have shown how the evolution and development of butterfly colour and iridescence are controlled by a single master regulatory gene.

“This is you. Own it,” says Bob (William Mapother). But Mendel (Tenoch Huerta, familiar from the Netflix series Narcos: Mexico) is close to tears.

Mendel is a man trapped between worlds who is no more comfortable in the lab than in the butterfly forests of Michoacán, Mexico, where he grew up.

Bit by bit, through touching flashbacks, some disposable dream sequences and one rather overwrought row, we learn the reasons why. We see how, when Mendel and his brother Simon were children, a mining accident drowned their parents; how their grandmother took them in, but things were never the same; how Simon went to work for the company responsible for the accident, and has ever since felt judged by his high-flying, science-whizz, citizen-of-nowhere brother.

When Son of Monarchs premiered at this year’s Sundance Film Festival, critics picked up on its themes of borders and belonging, the harm walls do and the ways nature undermines them.

Mendel grew up in a forest alive with clouds of monarch butterflies. Sarah, his New York girlfriend (Alexia Rasmussen; note-perfect but somewhat under-used), is an amateur trapeze artist. The point – that flying creatures know no frontiers – is clear.

“This film isn’t about scientific findings, but science as a vocation and how to relight the spark of curiosity”

To underline this, a flashback shows Mendel and Simon in happier days, imagining a time when humans have evolved wings.

In a more scripted film, such gestures would have been heavy-handed. Here, though, they are pretty much all the viewer has to go on in what is sometimes a painfully indirect film.

The plot does come together through the character of Mendel’s old friend Vicente (a stand-out performance by the relatively unknown Gabino Rodríguez). While muddling along like everyone else in the Mexican village of Angangueo, Vicente has been developing animistic rituals. His performances seem excessive at first – a young man’s high spirits finding their eccentric expression – but as the film advances, we realise that these rituals are what Mendel needs. For him, Vicente’s rituals offer an escape: a way to re-engage with the living world.

Son of Monarchs is, on one level, about identity, about how a cosmopolitan high-flier learns to be a good son of his home village. But it is also about belonging: about how Mendel learns to live both as a scientist and as a man lost among butterflies.

Film-maker Alexis Gambis is himself a biologist and founded the Imagine Science Film Festival. While Son of Monarchs is steeped in colour, and full of cinematographer Alejandro Mejía’s mouth-watering and occasionally stomach-churning macro-photography of butterflies and their pupae, ultimately this isn’t a film about the findings of science. It is about science as a vocation and how to relight the spark of curiosity. It is a hopeful film and, on more than the visual level, a beautiful one.

The numbing futility of the bench scientist’s life is sent up wonderfully in this tale of desperation, time-wasting and murder.

When We Cease to Understand the World

Shortlisted for this year’s International Booker prize, this “factual novel” sees the founders of quantum mechanics struggle with the implications of their work.