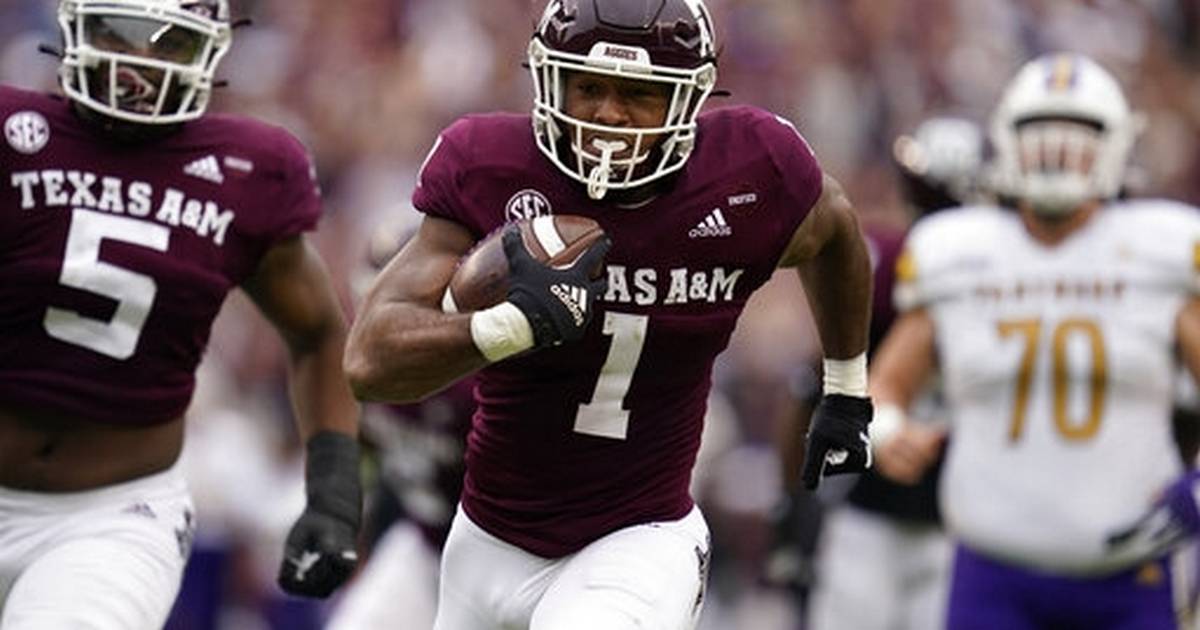 COLLEGE STATION, Texas — Devon Achane and Isaiah Spiller combined for three touchdowns before halftime, and No. 16 Texas A&M cruised to a 52-3 win over Prairie View A&M on Saturday.

Texas A&M easily bounced back from last week’s loss at Ole Miss. Prairie View (7-3), an FCS school that plays in the SWAC, just couldn’t keep up with the Aggies (8-3).

‘Our guys went out and played well and did what we were supposed to do,” Texas A&M coach Jimbo Fisher said.

Texas A&M led 38-0 after a dominant first half by Achane and Spiller. It also limited Prairie View to 2 yards passing before the break.

Moose Muhammad grabbed a 30-yard TD pass from Zach Calzada on Texas A&M’s first possession of the third quarter, making it 45-0. The Panthers got on the board on a 25-yard field goal by Luis Reyes on the next drive.

Backup quarterback Blake Bost then took over for A&M with about 5½ minutes left in the third quarter. Achane and Spiller combined for 115 yards rushing in the first two quarters and didn’t run the ball after halftime.

‘They’re great players and had very efficient days,” Fisher said. ‘They started everything off for us perfectly.”

Prairie View graduate transfer Jawon Pass had just one completion and lost a fumble that the Aggies returned for a touchdown before being benched for Trazon Connley. He didn’t fare much better, completing just one pass for 7 yards and rushing for 41 yards.

Jaden Stewart had 24 carries for 100 yards for Prairie View.

Spiller and Achane each had a rushing touchdown in the first quarter before the Aggies added a score on defense. Antonio Johnson was unblocked on a sack of Pass that caused him to fumble. Aaron Hansford scooped up the ball and ran 17 yards for a touchdown.

A 33-yard touchdown reception by Muhammad extended the lead to 31-0 with about 5½ minutes left in the second quarter.

The Aggies took a 38-0 lead into halftime after Achane scored on a 1-yard run on fourth down with six seconds left in the second.

Amari Daniels scored on an 8-yard run early in the fourth quarter that made it 52-3.

Texas A&M should retain its spot in the poll.

The Aggies took care of business against a lesser opponent and will look to finish the regular season strong next week when they return to SEC play at LSU.