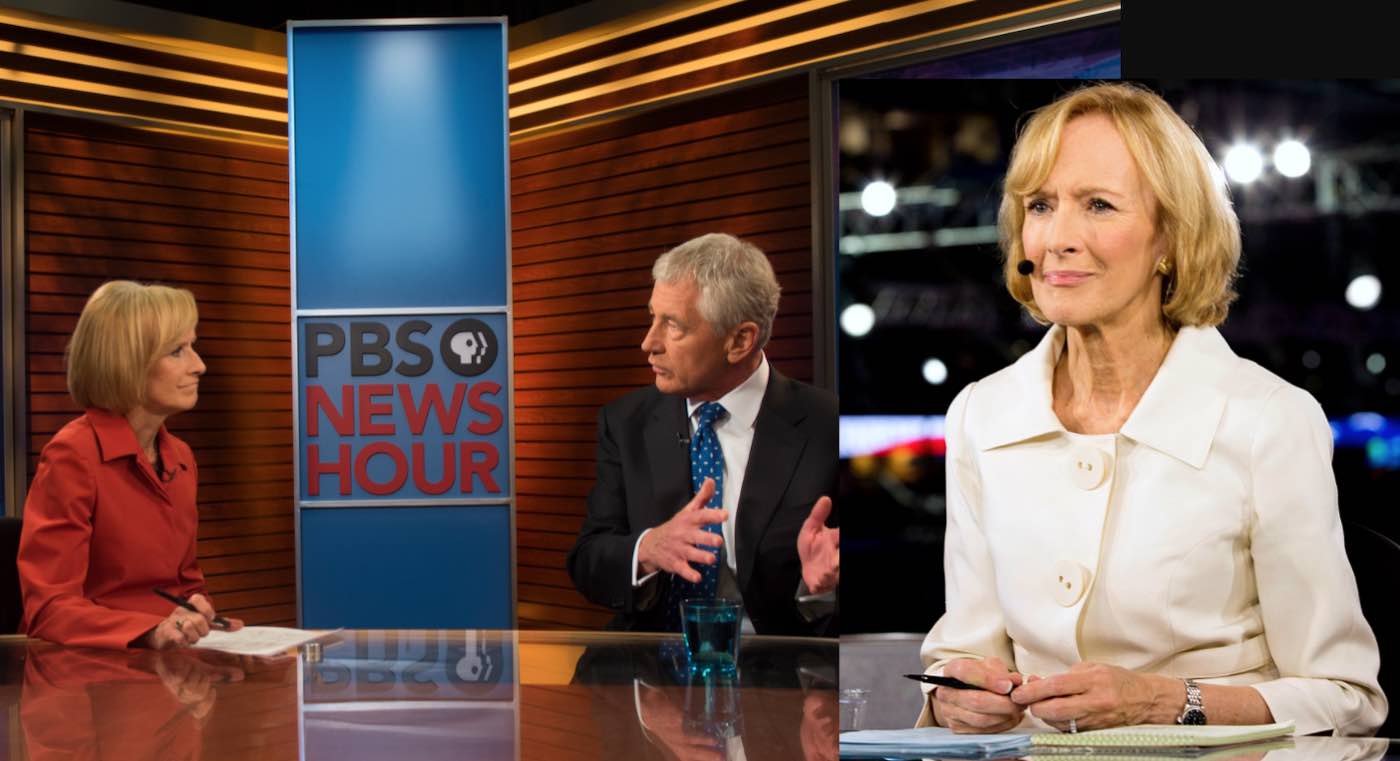 Happy 75th Birthday to TV Broadcaster Judy Woodruff. After 45 years in television news, covering every presidential election and convention, Judy is now the anchor and managing editor of PBS NewsHour.

After graduating from Duke University in 1968, Woodruff entered local television news in Atlanta and by 1976 she was a White House correspondent for NBC News. Besides PBS’s MacNeil/Lehrer NewsHour, she also worked at CNN.

She wrote the book, This is Judy Woodruff at the White House, and is a founding co-chair of the International Women’s Media Foundation, dedicated to promoting and encouraging women in journalism worldwide.

Judy lives in Washington, DC, with her husband, journalist Al Hunt, and the couple has three children, Lauren, Benjamin, and Jeffrey, whom Woodruff gave birth to about five hours after appearing on air. (1946)

And, Happy 74th Birthday to guitarist, singer, and record producer Joe Walsh, who was a member of the James Gang (Funk #49; Walk Away), Barnstorm (Rocky Mountain Way), and the Eagles (Life in the Fast Lane). Born in Kansas to a pianist mom, Walsh also had a successful solo career, with such hits as Life’s Been Good, and A Life of Illusion. (1947)

And, 52 years ago, DDT was banned in the U.S. for residential use by President Nixon as part of a total nationwide phase-out. After its widespread use as a pesticide without prior investigation of its health effects, it became infamous (stemming from the Rachel Carson book Silent Spring) for the environmental impacts, particularly on birds. The ban led to the resurgence of near-extinct species such as the beloved bald eagle and peregrine falcon. (1969)

96 years ago today, Robert F. Kennedy was born. The U.S. Senator from New York became Attorney General during his brother John Kennedy’s years in the White House—and would eventually launch his own race for president after JFK’s assassination.

Many of the civil rights initiatives championed by the Kennedy Administration and its successor were spearheaded by RFK, who was also known as “Bobby”.

On the night that Martin Luther King Jr. was shot and killed, Robert F Kennedy delivered the news to the people of Indianapolis, Indiana. Local police warned him that a riot could break out there in the heart of an African-American ghetto. He wrote his notes on the ride over and started his speech without any drafts, delivering it on the back of a Flatbed truck. Although all major US cities experienced riots, Indianapolis remained calm, thanks to RFK’s speech.

63 days after that night, RFK was assassinated at age 42 while campaigning for the Presidency. Since his death in 1968, his wife Ethel raised their 11 children and never remarried. She still oversees the Robert F. Kennedy Center for Justice & Human Rights. (1925)