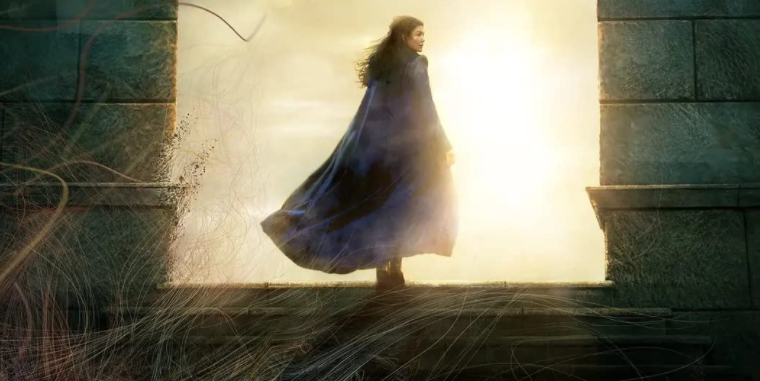 After spending close to $7 billion on Amazon Prime Video by 2019, Jeff Bezos reportedly had a simple message for his executive team, looking to craft content for its streaming arm: “I want my Game of Thrones.” And receive Bezos did—that is, adaptation rights for Robert Jordan’s fantasy series, The Wheel of Time, which currently comprises 14 novels and some 8,000 plus pages, an entire world of peoples and powers and organizations. At the center of this fantasy epicness—and, therefore, at the center of the reported $80 million first season—are the Aes Sedai.

The success of the first season seems to rest on Amazon’s ability to faithfully bring these women to screen. To capture their powers and history and culture and politics. While the world of the Wheel of Time novels spans several domains of characters, the Aes Sedai will anchor the action of Amazon’s first season; they are the force that stands against the season’s main antagonists; they are the order sought by its principal characters and hunted by its white-adorned foes.

But after the opening episodes of the series, the Aes Sedai remain a force most readers will barely know how to spell, let alone understand enough to appreciate future actions. For more than enough information, you can check out A Wheel of Time Wiki, which chronicles every instance of Aes Sedai in fictional history.

To keep things simple, we’re breaking down the most important features of this magical order. Here’s what you need to know about the Aes Sedai to follow the $80 million events of the first season of The Wheel of Time.

Who are the Aes Sedai?

The Aes Sedai are an order of women, each with access to the One Power—which comes from the “True Source,” something like the lingering fumes following the creation of the world. Aes Sedai can access (or “channel”) this inexhaustible resource. Any woman who can channel the One Power or are born with the “spark” (channeling abilities on steroids) can become an Aes Sedai if properly trained. Egwene, the closest thing to a main character for the show’s first season, is one such person born with a spark.

What are Aes Sedai rings?

The rings—in the shape of an Ouroboros, or in the series called “Great Serpent,” a snake swallowing its tale and representing eternity—don’t give the Aes Sedai power. They are simply awarded to students after reaching a certain level of training.

The entire order of Aes Sedai is divided into “Ajahs” or individually-governed groups corresponding to a different color. Each has a separate philosophical focus.

Early on in the series we meet a Red Ajah hoping to capture men attempting to channel the one power—capturing them is the role of the Red Ajah.

The primary Aes Sedai we meet in season 1, Moiraine Damodred (Rosemand Pike) is a Blue Ajah, which focus on righteousness and justice.

Read more about the other colors here.

Who are the Warders?

All the handsome men accompanying the Aes Sedai are Warders, bodyguards bonded psychologically and spiritually to the Aes Sedai. Each Aes Sedai is bonded to one Warner, though some polygamy is allowed.