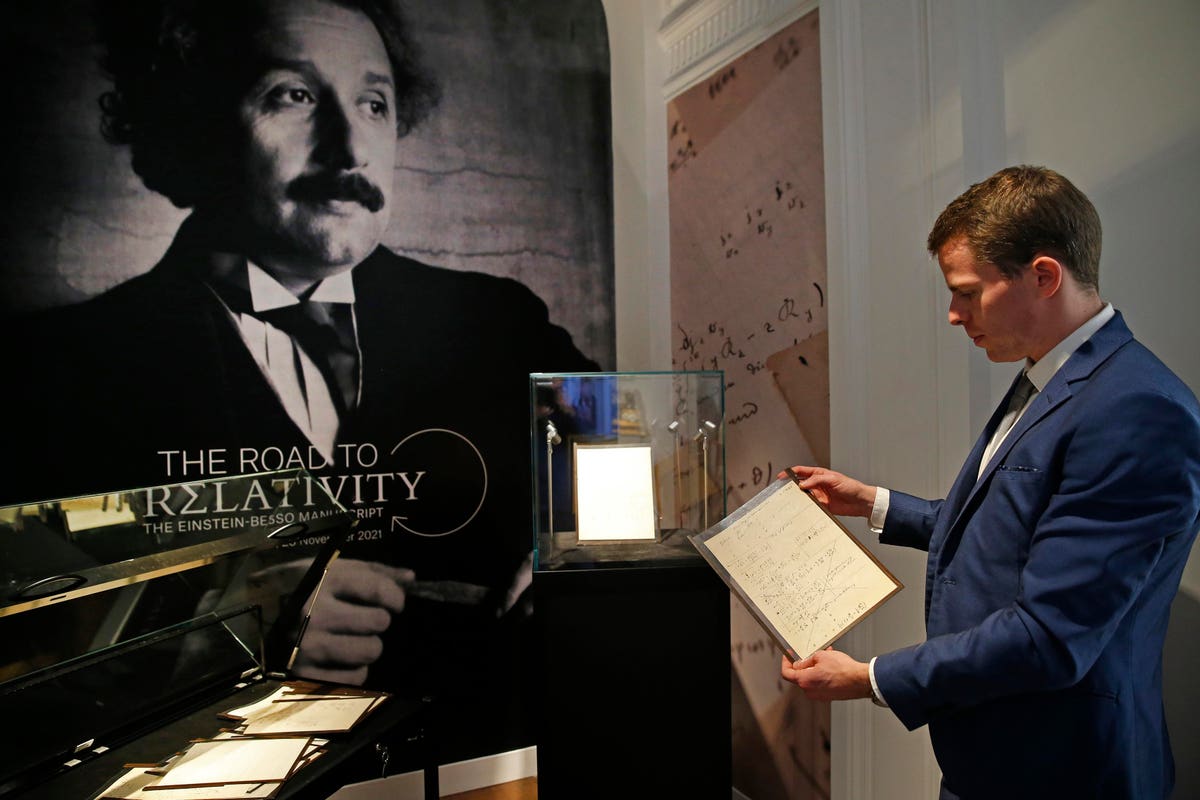 The Albert Einstein and Michele Besso General Theory of Relativity manuscript burst all expectations in a vertiginous half-hour in Paris on November 23, ringing up a hearty $13,113,130.40 as the hammer came down in Christie’s rooms. The high-end estimate by the auction house of $3.5 million was bested handily.

Einstein and Besso had a great working relationship and a lifelong friendship, and there were, in 1913, quite some bothersome anomalies in the calcultations of the perihelion in the orbit of Mercury that, the friends felt, could be resolved and at the same time give a great leg up to Einstein’s Theory of Relativity, then under laborious construction. The two grabbed any sort of paper they had, foolscap, whatever was lying around their offices, and…six months later, as happens to many great scientists every day, got absolutely nowhere.

Some two dozen of the pages were Besso’s. Einstein wasn’t known for keeping archives, or even for being very organized, habitually tucking uncashed award checks into his books as bookmarks, and the like. So it was apt, in 1914, as the two temporarily folded up shop, so to speak, on the perihelion calculations, that Besso dutifully collected the working notes and meticulously filed them in his own archives, where they lay preserved until his death in 1995. Michele Besso deserves our thanks, and not simply for his friendship with Einstein, but for the presence of mind that caused that simple act of house-cleaning. Besso clearly had an inkling — one that proved out — that Einstein and/or he would revisit some of this work. In fact, as the Theory of General Relativity was in short order set right with Einstein’s own publication, those calculations buttressed the subject of the long-abandoned perihelion tack. And vice versa.

And that, to put a point on it, is why these pages brought eight figures on November 23 — they form essentially the beginning of the beginning of Einstein’s symphonic composition of the early 20th century theory, the one that changed our apprehension of the physical world forever.