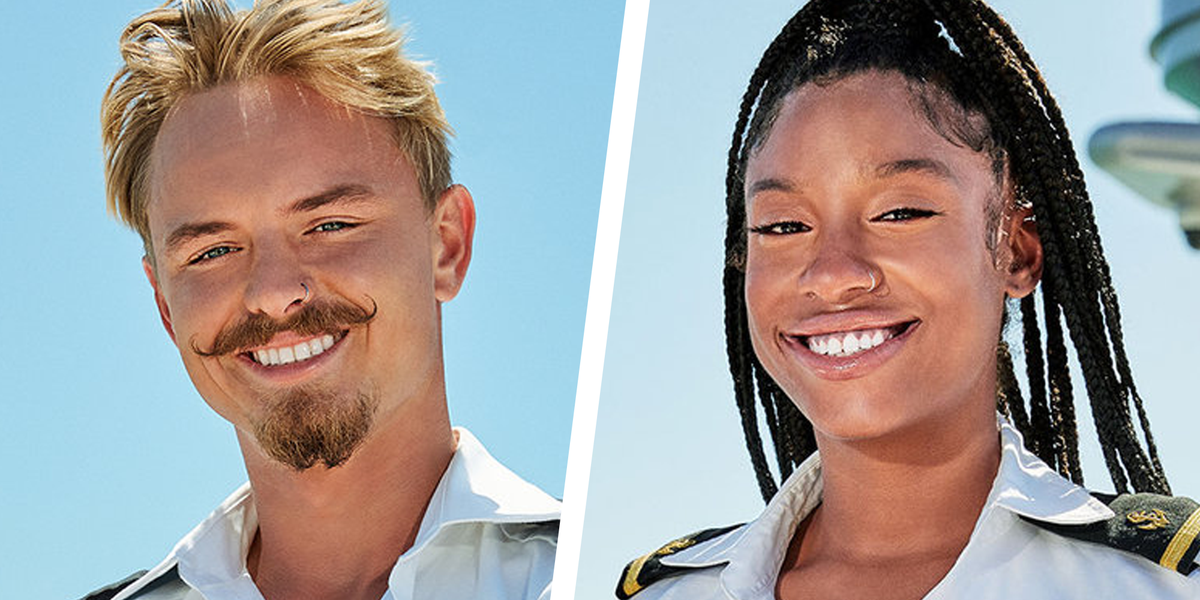 When it comes to the cast and crew of Below Deck, a showmance is always on the horizon. While fans have witnessed some successful love stories aboard the Bravo mega yachts, it seems as if most boatmances hit rocky waters faster than anticipated, and this season is certainly no different.

As the Below Deck season 9 crew navigate the waters of St. Kitts, both deckhands, Rayna Lindsey and Jake Foulger have found themselves in quite a sticky situation. After sharing a steamy kiss on the very first charter aboard the My Seanna, it appears as if things are heating up between the two, leaving us all to wonder, are they really dating?

Captain Lee Rosbach made his return this season alongside Eddie Lucas and Rachel Hargrove. However, Below Deck fans were introduced to a handful of new faces, including Minnesota-native Rayna Lindsey and English dreamboat Jake Foulger. The duo joined the cast as deckhands, however, it didn’t take much time before Captain Lee promoted Jake to lead deck, which was both a blessing and a curse for Foulger.

During the very first charter of the season, Rayna and Jake began flirting right off the bat, sharing a plethora of intimate details, including Jake’s interest in getting pegged by Rayna. Talk about breaking the ice, right? Well, it seems as if their chemistry wasn’t just for show, considering the duo ended up sharing a kiss on their very first night out.

After pounding back a few cocktails, Rayna and Jake found themselves getting a little too close for comfort in the yacht’s hot tub, leading to a make-out sesh that Rayna quickly regretted. “Crew romances can be f***ing terrible, actually. Ain’t nobody got time for that. Oh, Rayna, Why did you do this? This isn’t good. This isn’t good at all,” she revealed during her on-screen confessional. Considering Rayna has had her fair share of boatmances in the past, as she revealed on Watch What Happens Live, it seems as if they weren’t enough to stop her from going after the London heartthrob.

Despite her reservations, Rayna and Jake continued to get their flirt on. That is—until Jake received his promotion to lead deckhand, signaling that their romance might be headed for shipwreck. Well, it didn’t take much time before the two found themselves steering through their first lovers spat, which quickly came to an end following a second visit to the hot tub.

While the two let their guards down for a second smooch, they weren’t alone. Jake and Rayna went in for a three-way kiss with fellow second stew, Fraser Olender, which certainly added a spicy kick to their showmance. Well, things went from spicy to sour when Jake revealed he’s actually engaged.

Rayna was taken aback by the bomb Jake had just dropped, however, the deckhand revealed that while he’s got a fiancé, he’s still technically single! “I have a fiancé, but she’s not my girlfriend,” Jake told Rayna. “I’m not monogamous, baby!” It’s no secret that the 27-year-old lives on the edge, however, it seems as if that might be a little too much for Rayna to handle.

Although they made for a cute couple, it seems as if Jake and Rayna are no longer in cahoots romantically. In a recent post on Rayna’s Instagram page, the Below Deck star wished Jake a happy birthday, referring to him as her “best friend,” making it clear the two aren’t dating today. To add further sea salt to the wound, Jake confirmed the two are, in fact, just friends after commenting, “Thanks Rayna, yeah rather be friends out of work than in work and that’s for sure.” Luckily for the two, their showmance pulled them closer together. As Rayna currently resides in Miami, Florida, Jake recently paid her a visit, proving that their “best friend” status is still very intact, and fans love to see it.

While they might not be dating, viewers are in store for a few more steamy moments that will definitely rock the boat, and we aren’t just talking about Rayna and Jake. It appears as if fellow deckhand, Wes O’Dell, and third stew, Jessica Albert just might be rocking the love boat as well. After the two revealed their feelings for one another during a group dinner, Wes made it clear that he’d totally share a kiss with the stew, while Jessica shared that she could “show him a thing or two.” So, while Jake and Rayna might not be an item, there’s still a glimmer of hope for Wes and Jessica.

Mike Chaar
Mike is a writer and editor from Montréal, Canada.