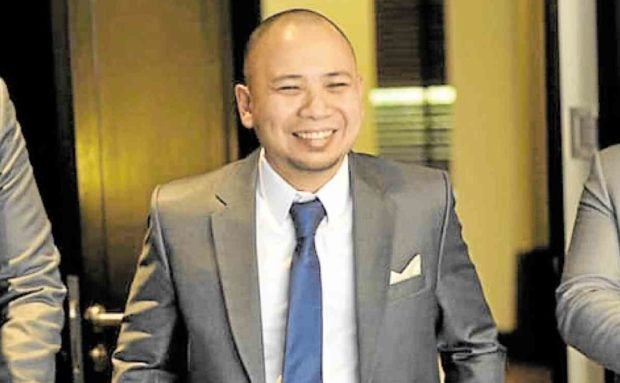 We hope to give parents the chance to raise their kids the way they want,” said lawyer Jeremiah Jaro, the newly appointed chairperson of the Movie and Television Review and Classification Board (MTRCB), when Inquirer Entertainment asked him what his prayer is these days.

“My prayer is more for the kids. When you’ve reached this age, you feel that you’ve already accomplished most of what you want to do, so you focus your attention on making your kids live a full and happy life like you did,” Jaro said during a virtual getting-to-know-you meeting.

Up until the time he was asked this particular question, Jaro had been composed and reticent when answering queries related to the nitty-gritty of his work as MTRCB chair. The father of four admitted to having difficulty answering our “deep” question, but ended up giving his best quotes as a reply to it, anyway.

“We (MTRCB board members) don’t want your kids to be surprised by the media, to be learning things they’re still too young to know,” pointed out Jaro, who was sworn into office on Oct. 26.

“I feel that there’s a lot of misconception about what the agency does. Up to now, the public still looks at it as a censors board. It might have been true in the ’80s, but not anymore these days,” the MTRCB chief stressed. “The agency’s interest is really to help parents protect their kids and teenagers from watching mature things. As parents, we have a timeline as to when we want our kids to learn about certain things like sex, drugs or violence.”

“I want to inform the public that you can all use our ratings. When it says ‘G,’ you can allow the kids to watch all they want since it’s safe and educational. When its ‘PG,’ you might want to take a closer look at it because it might contain a topic that you still don’t want your kids to know about. When its ‘SPG,’ just switch the channel. It’s definitely not good for your 8-year-old,” Jaro pointed out.

Prior to his appointment as chairperson, Jaro served as a board member from 2017 to 2019 and as vice chairperson from 2019 to 2021. He explained that as concurrent chair, he wanted to focus on two aspects: First, which he described as external, is related to his plan to change public perception on the MTRCB’s general function, as mentioned earlier.

The second aspect, meanwhile, is internal, Jaro said. “I want to streamline procedures here in the office because we want to make it easier and convenient for our stakeholders to transact with the agency, from big to small things, such as registration [of business] and application [of permits],” he explained.

“We’re doing this not in isolation, but in preparation for the next set of board members,” said Jaro. “Based on personal experience, when I became a board member in 2017, I was clueless at first about what I was expected to do. I want the next board to be given the necessary facilities so that when they finally assume their posts, they can hit the ground running.”

Contrary to what most people think, Jaro said the MTRCB never stopped working and was still busy even during the start of the pandemic lockdown in March 2020, as well as during the time of the controversial shutdown of ABS-CBN.

“If you look at it closely, reviewing films is a small part of what we do. The bulk really is reviewing for TV. At the time when the cinemas were still open, we’re lucky to review a maximum of 10 movies a month, but when it came to TV, which airs 24 hours a day, you can just imagine how many shows we’re supposed to review,” he stressed.

“Fortunately, before the pandemic happened, we were already able to move from physical to online reviewing. In the beginning, we experienced technical problems just like any other company. Now, the board has already adjusted. One of our members is already 70 years old, but is still technically proficient,” he beamed.

Jaro has 17 years of experience being a lawyer in government and the private sector. He earned a Bachelor of Science in Management degree from the Ateneo de Davao University and a juris doctor title from the Ateneo de Manila University. He has rendered advisory posts in various capacities in the government, serving as legal consultant for both the Department of Environment and National Resources and the Department of Justice, and as director IV in the Government Service Insurance System.

He was also a partner of Jaro Law Office along with his wife, lawyer and Commission on Higher Education executive director Cinderella Filipina S. Benitez-Jaro. He is a devoted father of four: Aoki, Asha, Yuta and Hiro.

“The people who are most excited about me becoming MTRCB chair are my mom and dad. My family has been involved in the cinema business ever since. My grandfather used to book movies in the ’70s and ’80s, while my dad used to own and operate cinemas in Davao,” Jaro recalled.

“I remember that when we moved to Davao, I was only 3 years old. We didn’t have a house yet, so we lived in one of the offices of a movie theater. We didn’t have a TV then, so Papa would show cartoons on the big screen,” said Jaro.

Early this month, the MTRCB ordered livestreaming platform Netflix to pull out two episodes of the series “Pine Gap” in Philippine territory for showing a disputed map based on China’s claims to the South China Sea. Netflix has recently filed a motion for reconsideration on the MTRCB move.

The authority of the MTRCB to regulate the content of livestreaming platforms has been the subject of debate even during the time of Jaro’s predecessor, Rachel Arenas. INQ