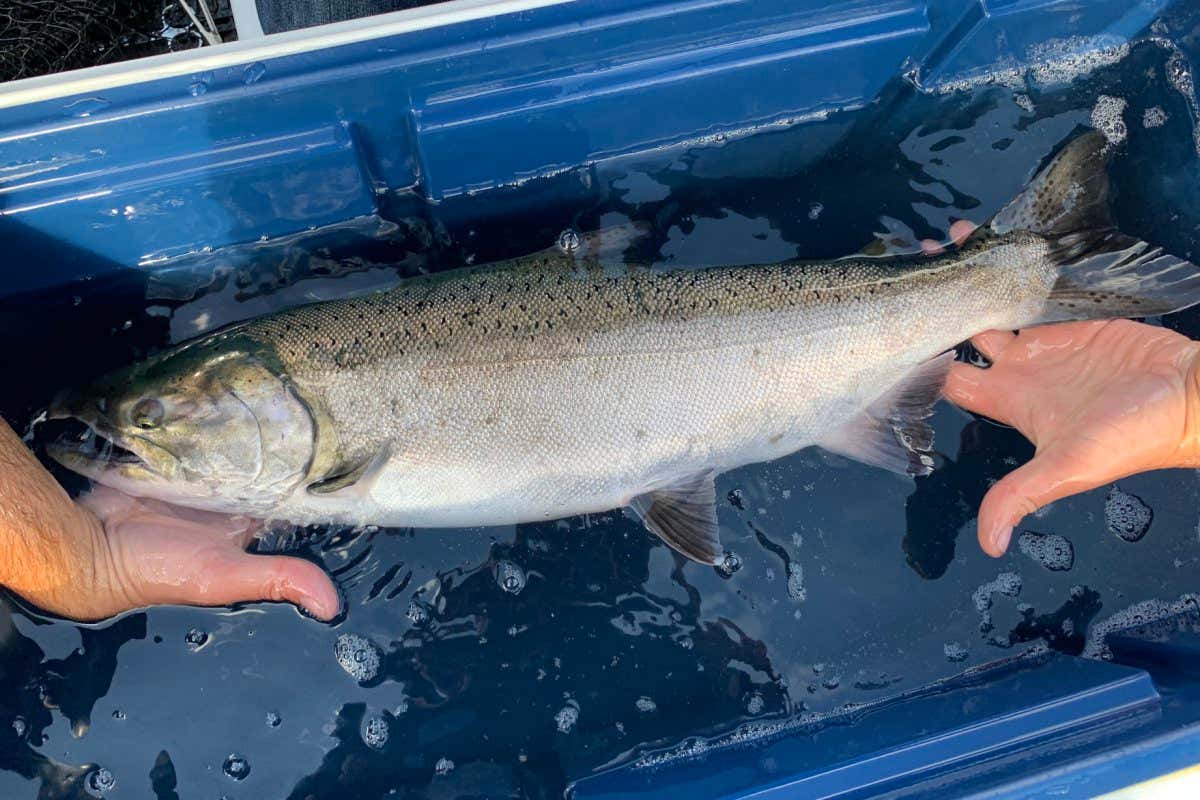 Salmon found near the mouth of the Cowichan river on Vancouver Island are a hybrid species of coho and Chinook, which may have arisen as the timing and location of their spawning grounds overlapped

Hybrid salmon have emerged near Vancouver Island in Canada, possibly due to environmental changes in the waterways where they hatched.

Andres Araujo at Fisheries and Oceans Canada in Nanaimo and his colleagues analysed the genes of salmon surveyed mostly within the Strait of Georgia, which separates Vancouver Island from the mainland, between 2013 and 2019. They found that samples from what they assumed to be young Chinook salmon (Oncorhynchus tshawytscha) had unusual genetic markers. More sampling and …