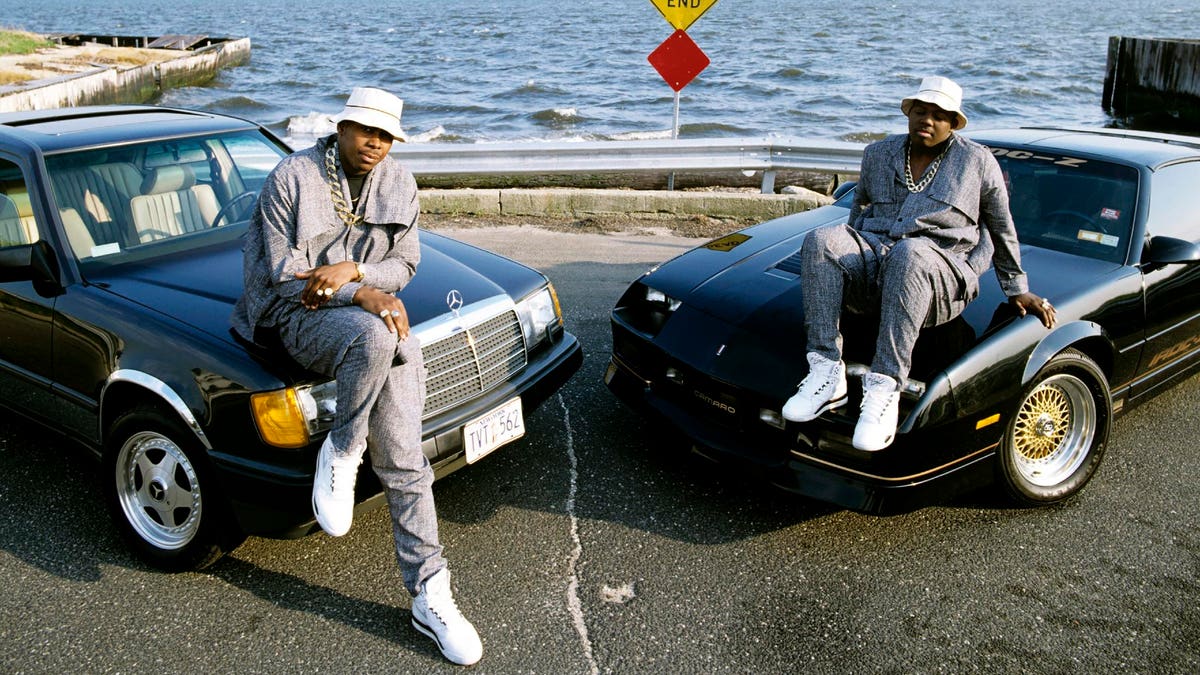 We might know British photographer Janette Beckman for her iconic photos of rap icons, like Run DMC, or her portraits of Debbie Harry from Blondie, all taken throughout the 1980s.

Now, she has teamed up with Rome-based Drago Publishing house for a new photography book, which traces hip hop’s rise with high fashion.

Rebels: From Punk to Dior is a photo book that compiles 40 years of pop culture from one photographer who was there to shoot punk, hip hop and rap icons in their heyday; from fashion shoots to protests, concerts to album covers.

Looking back, Beckman calls herself a “music fanatic” who was addicted to documenting the culture of the time.

“I have always been attracted to documenting cultures and people who are passionate about doing things their own way regardless of society rules,” she said. “My journey has taught me there are no road maps, being an artist is just about following your passion no matter what happens.”

The book is a sort of retrospective of Beckman’s work. It includes portraits of

Beckman started working as a photographer in London, during the dawn of the punk era, while shooting for music magazines like The Face and Melody Maker. She shot acts like The Clash and Boy George, until she moved to New York City in 1983, where she intimately documented the up and coming stars of hip hop, shooting acts like Salt-N-Pepa, as well as Run DMC, Grand Master Flash, Slick Rick and LL Cool J.

She photographed her first hip hop concert in 1982, while living in London. “It was a life changing experience,” she recalls, citing the turntablists, DJs, rappers and break dancers who changed pop culture in the 1990s.

“There was an energy and excitement in the city even though people had nothing,” said Beckman. “New York was a dangerous city with drugs, unemployment, homeless folks, and a wide gap between the haves and the have-nots. But out of this came hip hop culture, art, music, poetry, breakdancing, street style, and so much more.”

Even today, she has the same zeitgeist to capture counterculture and up-and-coming artists. She shot the Black Lives Matter protests throughout 2020 and has collaborated with brands like Christian Dior, Gucci and Levi’s.

Bridging high art with low culture, she has captured the essence of hip hop; from the streets to the runway.

“Janette Beckman’s work is a representation of all the cultural rebels in our world – she has a way of capturing the phenomenon of our times,” said Paulo von Vacano, founder of Drago Publishing. “Rebels: From Punk to Dior is not a love song, but a manifesto of zeitgeist that captured the hearts of the people through a photographic journey that has always resonated with me.”

The book features essays from co-founder of Paper magazine Kim Hastreiter and punk icon and author, Vivien Goldman, as well as Sting, Salt-n-Pepa and Slick Rick. Beckman recently commented on the “Real Recognize Real” trend, which we see in luxury brands and street fashion ads.

“To me, ‘Real Recognize Real’ is about respect and authenticity, you can’t buy these things,” she said. “Luxury and streetwear brands want to identify with Black Lives Matter, but they need to do the work. Dapper Dan had the right approach last year when he brought the CEO of Gucci to Harlem to talk about how to make changes and work on diversity hiring for the brand.”

Rebels: From Punk to Dior is available on Drago Publishing.