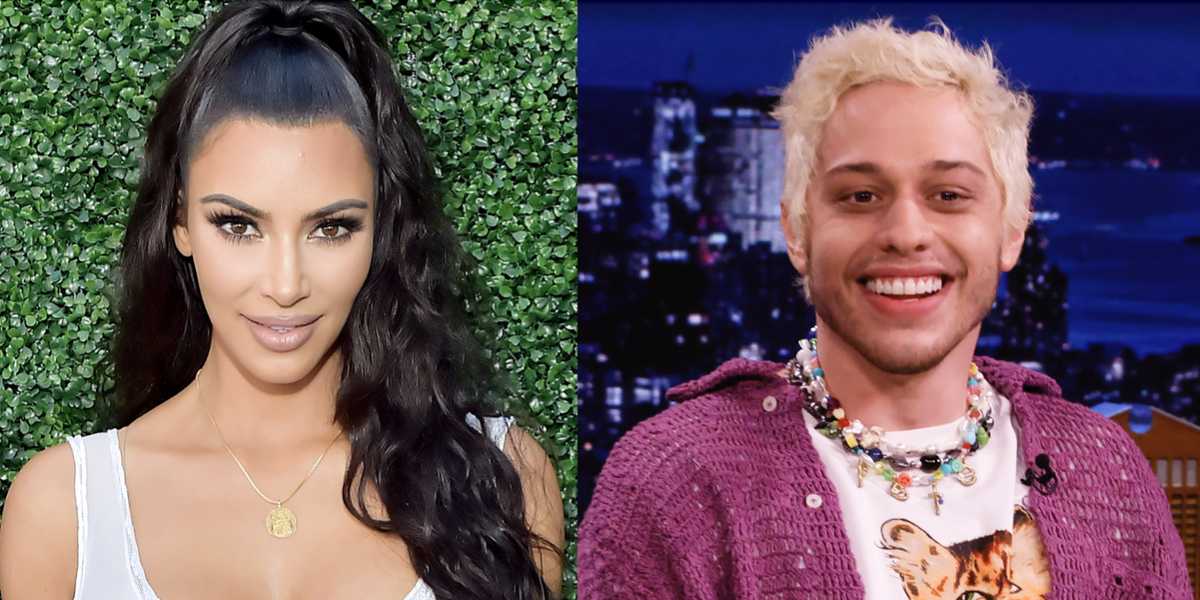 Good evening, important update on whatever the hell is happening between Kim Kardashian and Pete Davidson: he’s wandering around Los Angeles with a giant hickey on his neck, or, as The Daily Mail lovingly put it in their exclusive pics, a “love bite.”

You can go ahead and check out the photos this way, which feature Pete and Kim enjoying a date at Giorgio Baldi in Santa Monica. As the Daily Mail noted, they were “giggling like lovestruck teenagers” and “descended into fits of laughter” before leaving the restaurant in a SUV.

Curiously, while Pete *was* wearing a hickey during the outing, he wasn’t wearing his Skims pajamas. But the good news is we can all just bask in the glory of this photo from Flavor Flav, which—reminder—marked Pete and Kim’s official Instagram debut as a couple.

A lot to process here, but quick update if you’re wondering exactly where Pete and Kim stand at the moment. A source recently told Page Six that Kim is “constantly giggling” around Pete (as these hickey photos make very clear) and is “acting like a teenager.” The insider also mused that “Pete has made her feel like the clock has moved 20 years back” and that “she seems happy.”

This dinner outing follows Pete and Kim spending his birthday together (when the pajamas moment went down), not to mention Kim’s recent trip to Pete Davidson’s Native New York City, and their kiss on Saturday Night Live. They’re clearly getting pretty serious, and another source tells E! News that “They are really happy and seeing where it goes. Pete has told her he doesn’t want to see anyone else. She is telling some people they aren’t super serious but she isn’t seeing anyone else… She’s trying to not make a big deal about it but is super into him. Kim is smitten over him and it’s very exciting to her.”

What a time to be alive!