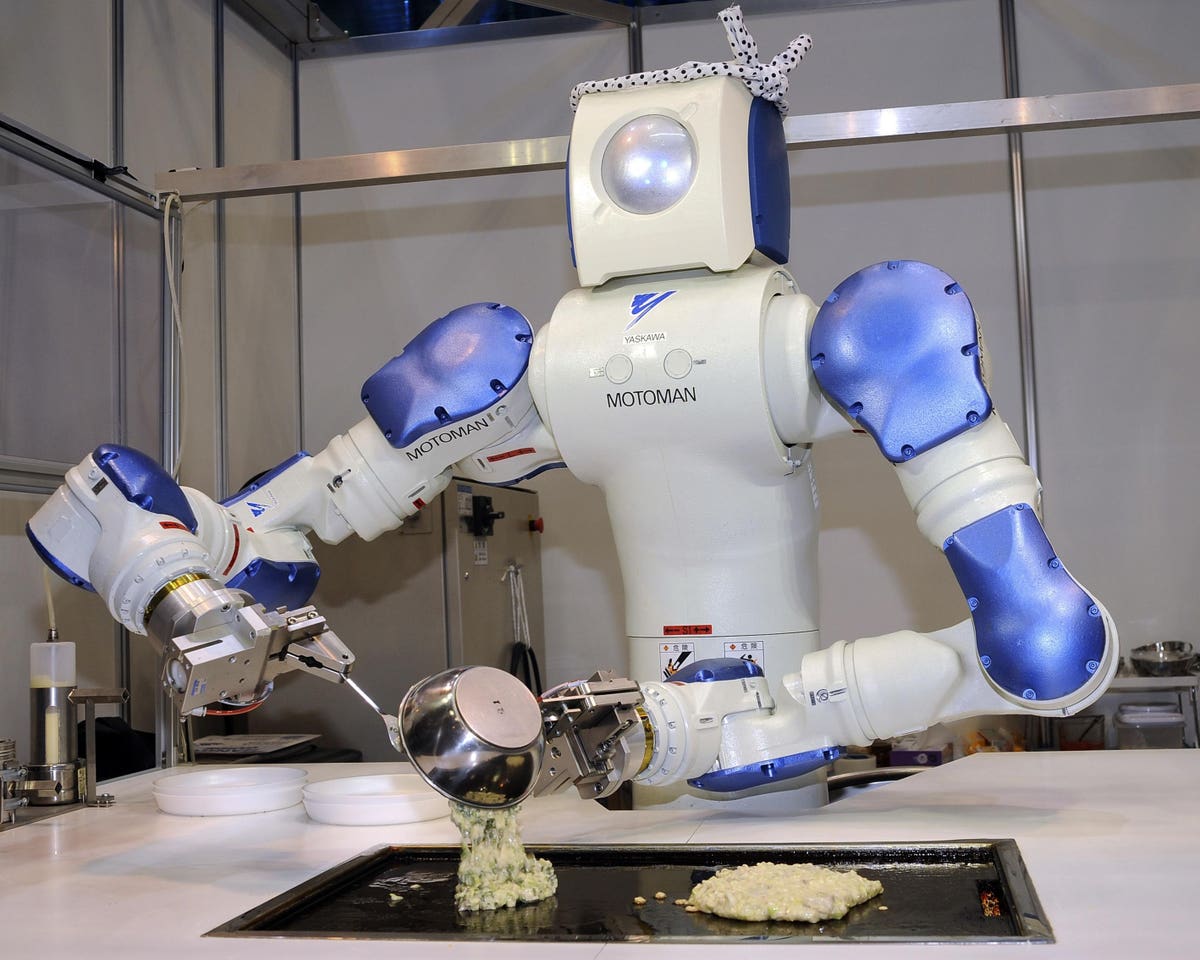 As this year draws to a close, let’s see what’s in store for 2022 from global food and restaurant consultancy Baum+Whiteman. From cooking robots to plant-based chicken, here are the highlights from their latest food and beverage trend forecast:

Michael Whiteman—President of Baum + Whiteman—foresees a profitable second-half of 2022 for restaurants. “That’s because of higher vaccination rates; gradual untangling of supply chains; consumers’ increasing willingness to pay higher prices, and restaurateurs figuring out how to do more business with fewer employees. Outdoor dining will become permanent in many cities, adding to restaurants’ seating capacities and revenue,” he noted.

Trend #1: Rise of the cooking robots

For those wondering what’s the top trend of 2022, it’s the surge of robots and automation in the dining industry. While the concept isn’t new, the notable acceleration results from labor shortages due to workers becoming fed up with working conditions, continuously inadequate wages, and contactless dining as a social distancing measure.

Baum + Whiteman sees an integrated workspace—with cooking machines and “human employees”—in many F+B companies. At Miso Robotics, a robot named Flippy is in charge of flipping burgers and making fries at 11 White Castle locations. There’s also the “semi-automated” restaurant Sushiro in Tokyo, where machines cook and mold the rice, plus seasoning with vinegar, and human employees top the sushi rice with hand-cut fish.

Expect to find more food ATMs (or “robots in decorated boxes” as the consultancy describes it)—serving “pizza, salads, coffee, blended juices, hot and cold meals in bowls, and various pasta.” You’ll see some vending machines in “supermarkets, office buildings, hospitals, schools,” while others will be tucked away as extra help to “hand-labor production” in restaurants.

Forget chicken sandwich wars, 2022’s chicken battle among fast-food chains is all about plant-based options. Given the volatility of animal protein prices and real chicken shortage, it’s time to go for meat-free nuggets and tenders.

So far, the market is loving it. A&W sold out their Beyond Meat nuggets at 1,000 locations across Canada; Panda Express completely sold their Beyond Meat orange chicken during a test in LA and New York. Even reluctant fast-food chains that have repeatedly tested their vegan recipes like McDonald’s and KFC may finally “tiptoe into the market” next year.

Given how the growing demand for food deliveries has proven the economic viability of ghost kitchens, we’re now seeing them expanding by the hundreds. Reef Kitchens intends to open 700 ghost kitchens for Wendy’s over the next five years; Ghost Kitchen Brands will unveil 30 multi-brand ghost kitchens in Walmart over the next two years; plus Kitchen United — which struck a deal with Westfield Valley Fair (a Santa Clara mall) — will let shoppers order “a consolidated package from all the mall’s food court tenants” through an app.

Baum + Whiteman anticipates a “competitive free-for-all” in the upcoming year, so much so that it begs the questions: What are the effects of the fierce competition? Will there be tons of empty seats at restaurants? What’s the saturation point? And how will people “react when they discover that food brands they’ve found online don’t actually exist in the real world”?

Regardless, the projected numbers look promising. According to Euromonitor, ghost kitchens can be a trillion-dollar industry in ten years, and Grand View Research anticipates the market size to reach $139.37 billion by 2028.

Many who have fallen off the fitness wagon during the pandemic will practice mindful eating and drinking again. So, in 2022, expect to see people drinking less booze.

Beyond a renewed drive for ‘healthier’ habits, this can be attributed to the rise of low-alcohol products (31%) according to IWSR, a London research organization; clever packaging and marketing; plus more enticing alcohol-free products that “taste more like the real thing.”

What’s more, some believe other products are taking up market share, like cannabis and spiked products such as hard kombucha and packaged tea enhanced with beer-strength alcohol. But consumers aren’t cutting alcohol altogether. In addition to more organic and biodynamic wines on the menu, Baum + Whiteman expects more than 50% of the people who go for low-alcohol drinks will alternate with full-strength ones.