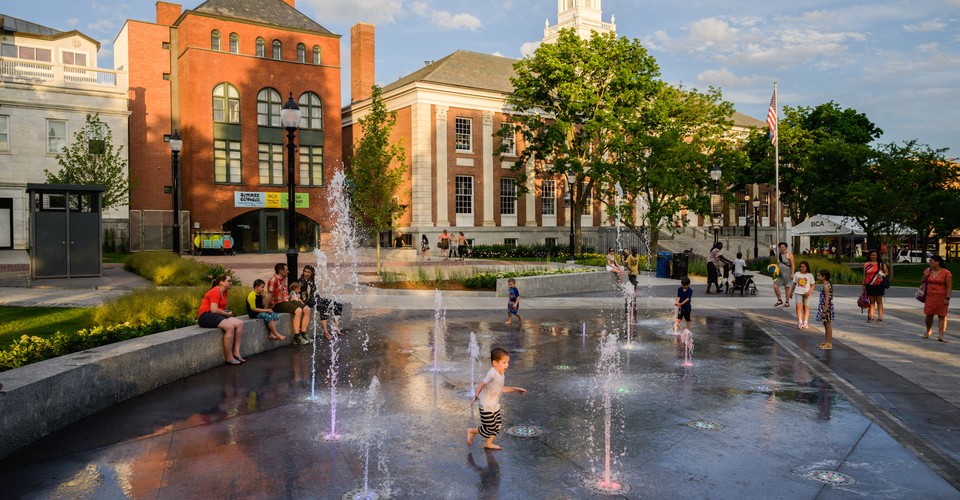 Is Vermont the envy of America no more? The state long hailed for its pandemic response is experiencing one of the most intense COVID-19 surges in the country. Cases are twice as high as they’ve been at any other point. Hospitalizations are up sharply as well, confounding hopes that Vermont’s best-in-the-nation vaccination rate would protect its people from the Delta wave.

The resurgence of the coronavirus—cases are rising again nationally after a sustained decline—has demoralized much of the country, but nowhere is that frustration more keenly felt than in the state that seemed to be doing everything right. “What we’re feeling right now is a collective sense of disappointment and sadness,” Rebecca Balint, one of Vermont’s leading Democrats, told me. With strong compliance, patience, and testing, Vermont kept COVID-19 in check for most of the pandemic. Its case and death rates were lower than anywhere else on the U.S. mainland. Vermonters’ return to normalcy this spring seemed particularly well earned: When 80 percent of the eligible population received at least one vaccine dose by mid-June—faster than any other state—Governor Phil Scott lifted all COVID restrictions.

Vermont is not alone in its struggle; other highly vaccinated states in the Northeast, such as New Hampshire and Maine, have seen similar spikes. Even with this latest increase, Vermont’s total cases and deaths per capita remain the lowest on the mainland. But the state’s recent backslide carries troubling implications. If Vermont has finally lost control of the pandemic, what chance is there for the rest of the country?

As the Delta variant has penetrated Vermont’s once-formidable defenses, the state’s leaders are now debating how to respond—or whether to respond much at all. Vermont’s experience, they concede, might simply be a preview of the virus’s endemic future, when states can realistically hope only to keep COVID-19 contained, not eliminate it entirely. The sheer contagiousness of Delta means that achieving herd immunity is likely impossible even if nearly everyone has been vaccinated or previously infected, and though Vermont has vaccinated a higher percentage of its population than any other state, its protection from the virus is nowhere close to universal. “There’s still a lot of people who are not yet vaccinated for a variety of reasons,” says Jan Carney, a former state health commissioner who is now the associate dean for public health at the University of Vermont’s Larner College of Medicine. Whether by choice or because of age restrictions, more than one-quarter of Vermonters are not fully inoculated, and as in other places across the country, that percentage is higher in rural counties. Before the CDC opened up vaccinations to children under 12 earlier this month, about 50,000 Vermonters in a population of more than 600,000 had not received a single shot, Mark Levine, the state’s health commissioner, told me. “That’s still a lot of people who the virus finds. It’s very effective,” he said.

As it did with vaccinations in the spring, Vermont is moving more rapidly than other states to provide booster shots for its adult population and inoculations for younger children who have recently become eligible. And unlike other states experiencing a spike, Vermont has not seen its hospital system overwhelmed. Case rates among older people—who are more likely to need hospitalization—have dropped as booster doses have increased, Levine said.

Vermont has also maintained its most important advantage over other states by limiting the most severe outcomes of COVID-19 infection. Deaths have increased, but Vermont’s fatality rate remains quite low compared with that of some other states experiencing a spike, such as Michigan; for stretches of several months this year and last, hardly anyone in Vermont died from COVID-19. To the extent that hospitals are strained, Levine said, it’s because of an increase in other illnesses and conditions caused by delayed care over the past two years. “It’s not COVID that’s driving our hospital stress, though certainly COVID could be the straw that breaks the camel’s back,” Levine said.

Government officials have even put an optimistic spin on the state’s recent struggles. Vermonters, Levine said, are “victims of our own success.” So many people got vaccinated so quickly that their immunity is beginning to wane earlier than people’s in other states, Levine said, a dynamic that could be exacerbated by Vermont’s disproportionately older population. And because relatively few people contracted COVID-19 at other stages of the pandemic, the state has much less natural immunity than other places. Seroprevalence studies found that just 3 to 4 percent of Vermont’s population had COVID-19 antibodies prior to the arrival of the Delta variant; by comparison, similar studies indicate that more than 25 percent of the populace had antibodies at one time in New York City, which was hard hit by the virus in spring 2020.

Still, the autumn surge has punctured the era of political good feeling that Vermont had earlier this year, when, as I reported in May, Democrats couldn’t find a bad thing to say about Scott, a Republican. Now Democrats such as Balint have soured on his leadership, saying the third-term governor has reacted too passively to the latest surge. Scott has rebuffed Democratic calls for tighter restrictions, including an indoor mask mandate, arguing that they would be inappropriate at this stage of the pandemic. When Democrats renewed their demands in early October, he struck a note more reminiscent of Florida’s Ron DeSantis—“They want to cancel Christmas,” Scott said—than the genial moderate reelected by a landslide in Vermont last year. “That was a real change in tone,” Balint said. Just as people everywhere have grown weary of the pandemic, so too, it seems, has the governor. “Of course he’s tired,” Balint said. “How could he not be?”

As cases have continued to rise, Scott has moved in the Democrats’ direction. He and his team returned to wearing masks indoors at press briefings, and he offered to sign a bill that would allow cities and towns in Vermont to institute their own mandates. “The pandemic isn’t over,” Levine warned at a press briefing last week. He told me that Vermont would reach the endemic stage next year, perhaps by March. “We are not there now,” Levine said.

Yet Levine acknowledged that a sizable portion of Vermonters believe that COVID-19 is already endemic. One reason the state’s case curve is no longer exceptional is that its actions are no longer exceptional. A year ago, Vermonters were still living under—and, unlike many other Americans, largely complying with—a regime of pandemic restrictions. Since then, people there have resumed their lives with the virus in tow, and the state’s leaders are reluctant to pull them back. How Vermont endures another pandemic winter will demonstrate whether the state that succeeded at driving off COVID-19 can show Americans how to coexist with it.