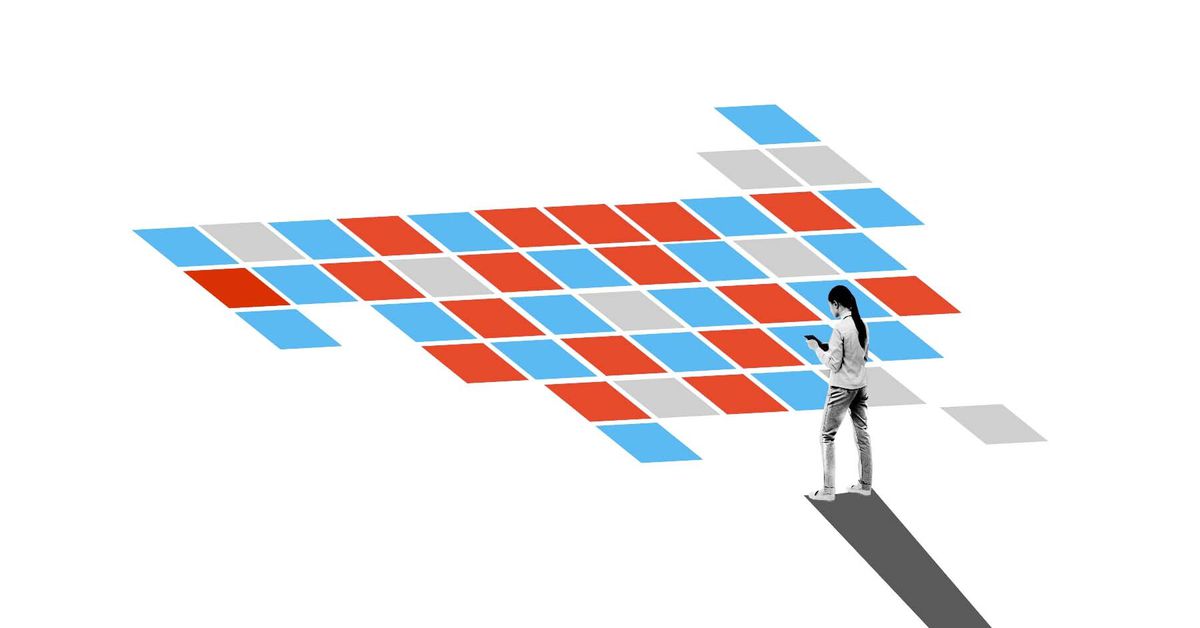 Tuesday’s congressional elections ended up being far closer than many political analysts expected, and with many ballots yet to be counted in key contests, party control of Congress — particularly the Senate — remains in doubt.

Here is what we know so far about the two chambers of Congress.

Polling leading up to the election heavily suggested a strong night for Republicans in the House of Representatives. It takes 218 seats to win a majority in the House, and the GOP only needed a net gain of five to take the majority. It still appears probable that Republicans will pick up those five seats, but it’s increasingly clear that the big majority some in the party were expecting won’t materialize.

That could make maintaining cohesion in a caucus that features a broad spectrum of ideologies, ranging from moderates to members of the alt-right, difficult. Exactly how much of a majority the GOP has will become clearer once California finishes its tally, something that could take weeks to do.

Who’ll control the Senate is still completely uncertain. Republicans need to pick up at least two seats to win control of that chamber, given Pennsylvania Lt. Gov. John Fetterman’s success in flipping current GOP Sen. Pat Toomey’s seat. Republicans are favored to pull out a win in Alaska, leaving Nevada and Georgia as the decisive elections in the race for a majority. Nevada’s race remains too close to call, while Georgia’s race will be decided with a runoff on December 6.

It’s possible control of the Senate could depend on Georgia; and if that’s the case, Americans won’t know which party has the majority until December. That’s because under Georgia law, if no candidate wins more than 50 percent of the vote outright — something neither Democrat Sen. Raphael Warnock nor GOP candidate Herschel Walker were able to accomplish — the race goes to a runoff.

Control of the Senate is up in the air

Georgia: After neither candidate won more than 50 percent of the vote, incumbent Sen. Raphael Warnock will face Republican Herschel Walker in a December runoff. That means Georgia could again decide control of the Senate, following runoff elections in 2020 that put Warnock and Sen. Jon Ossoff (D-GA) in office and clinched the majority for Democrats. Expect an enormous blitz of campaigning and ad spending in the state over the next few weeks. Democrats will likely continue to seek to capitalize on scandals over Walker’s previous affairs and revelations he had paid for abortions despite saying on the campaign trail he was staunchly anti-abortion.

Nevada: Republican Secretary of State Adam Laxalt leads Democrat Sen. Catherine Cortez Masto narrowly as of Friday morning, according to the Associated Press. Tens of thousands of votes remain to be counted, many in regions that favor Cortez Masto, the first Latina elected to the Senate. That means the race is still too close to call.

In a race that doesn’t appear to have been quite as close as expected, Democrats managed to hold onto Arizona.

Arizona: Democratic Sen. Mark Kelly won his first full six-year term against Republican challenger Blake Masters Friday, winning (with about 20 percent of the vote left to tally) 51 percent of the vote to Masters’ 46 percent, according to the Associated Press.

Kelly was propelled to office in a 2020 special election to fill a vacant seat after his career as an astronaut and provided Democrats with a key vote for their legislative agenda in the last two years. Masters drew some enthusiasm from the GOP base as an unabashed hard-right candidate, but he was also a prominent example of Republicans nominating an extreme candidate in a swing state. Now that Masters has fallen short in his bid, expect even more agonizing over the quality of the candidates (or lack thereof) that the GOP put forward in pivotal campaigns this year.

There is actually only one Senate seat that’s changed hands so far — and it flipped to the Democrats.

Pennsylvania: After a very tight battle, Democratic candidate John Fetterman defeated Republican Mehmet Oz to flip the Republican-held open seat in Pennsylvania. He’ll replace retiring Republican Sen. Pat Toomey. The race saw an unexpected twist earlier in the campaign when Fetterman suffered a stroke, and Oz appeared to close the gap as the race wound down.

But thanks, in part, to the strength of Democratic gubernatorial candidate Josh Shapiro at the top of the ticket and a more favorable environment for Democrats overall, Fetterman ended up winning on Tuesday without having to sweat it too much.

Long-shot Republican opportunities that appeared to be in play if the out-of-power party had an excellent night across the board quickly slipped away Tuesday night once it became clear a red wave was not going to materialize. Most notably:

But in one bright spot for Republicans, they did not lose the Senate election in Wisconsin.

Wisconsin: The state had appeared safely in hand before Election Day, before the actual vote-counting began and the race turned out to be surprisingly close. Republican Sen. Ron Johnson eked out a victory over Democrat Mandela Barnes, but the tightness of this race was a sign of surprising Democratic strength across the country.

Republicans are poised to take the House, but it’s close

Control of the House remains in the balance. There’s still a possibility that it could go Democrats’ way, though projections by multiple news organizations suggest that Republicans will win it by a slim margin. That’s far short of expectations: Heading into election night, the Cook Political Report projected that the GOP would pick up between 12 and 25 seats.

Republicans did well in Florida, while Democrats were able to defend a couple of key seats targeted by Republicans in Virginia. In deep red Texas, a well-funded Republican campaign failed to flip seats in the border region of the Rio Grande Valley, despite signs that Latino voters have gravitated toward the GOP in recent elections.

For Republicans, that’s a disappointing result after they appeared to have momentum in the final weeks of the campaign, as concerns about inflation dominated in the polls and their closing message on crime appeared to resonate. Democrats were also facing headwinds: It’s typical that the party of the incumbent president fares worse in midterm elections, and President Joe Biden’s approval ratings, though slightly up from their previous low, are still underwater. Democrats also faced a wave of retirements, and redistricting was seen to have favored Republicans.

But what is certain is that as speaker of the house, House Minority Leader Kevin McCarthy would have his work cut out for him in terms of wrangling a divided GOP caucus. Republicans’ poor showing on election night could jeopardize his chances of winning the speakership, and even if he’s successful, his predecessors in GOP leadership, former House Speakers John Boehner and Paul Ryan, both retired from politics after presiding over slim Republican majorities, which made them subject to the whims of the party’s right wing.

Democrats were able to defend almost all of the key governorships targeted by Republicans, though a few races have yet to be decided.

Michigan Gov. Gretchen Whitmer and Wisconsin Gov. Tony Evers both won tough reelection fights after campaigning on their opposition to pre-Roe abortion bans that Republicans have sought to enforce in their states. New York Gov. Kathy Hochul won a full term, becoming the state’s first woman elected governor, after facing an unusually credible Republican challenge from Rep. Lee Zeldin amid concerns in the blue state over public safety and the economy.

Incumbent Kansas Gov. Laura Kelly, one of four Democratic governors in states that voted for Trump in 2020, fended off Republican Kansas Attorney General Derek Schmidt. And in Pennsylvania, where incumbent Democratic Gov. Tom Wolf is term-limited, Democrat Josh Shapiro defeated Doug Mastriano, a key figure in Trump’s efforts to overturn the 2020 election results in the state.

As expected, Democrats were also able to pick up two GOP-held governorships in Maryland and Massachusetts and easily held the line in Maine and New Mexico. Their only major loss so far has come in Georgia: Democrat Stacey Abrams lost her bid to unseat incumbent Republican Gov. Brian Kemp.

Oregon is a reliably blue state that hasn’t elected a Republican governor since 1982, but Republican Christine Drazan gave Democrat Tina Kotek, who will become one of the first openly lesbian governors, a difficult challenge. The race was competitive in part because a third unaffiliated candidate, Betsy Johnson, appeared to siphon some votes away from Kotek, who was ultimately declared the winner on Friday.

The governors’ races in Nevada and Arizona remain too close to call.

In Nevada, incumbent Democratic Gov. Steve Sisolak is locked in a tight race with Republican Clark County Sheriff Joe Lombardo, who was endorsed by Trump. Sisolak was elected in 2018 as the first Democratic governor in the state in two decades, but came under fire for his pandemic restrictions, under which tourism, travel, and conferences in the state ground to a halt with devastating impacts on the local economy.

In Arizona, Republican Gov. Doug Ducey is term-limited, and the Republican running to succeed him, Trump-endorsed Kari Lake, is a rising GOP star who has embraced the former president’s 2020 election lies. The Democrat, current Secretary of State Katie Hobbs, has framed the race as a choice between “sanity and chaos.”

Update: November 11, 10:45 pm ET: This story has been updated to reflect how Sen. Mark Kelly’s win in Arizona.