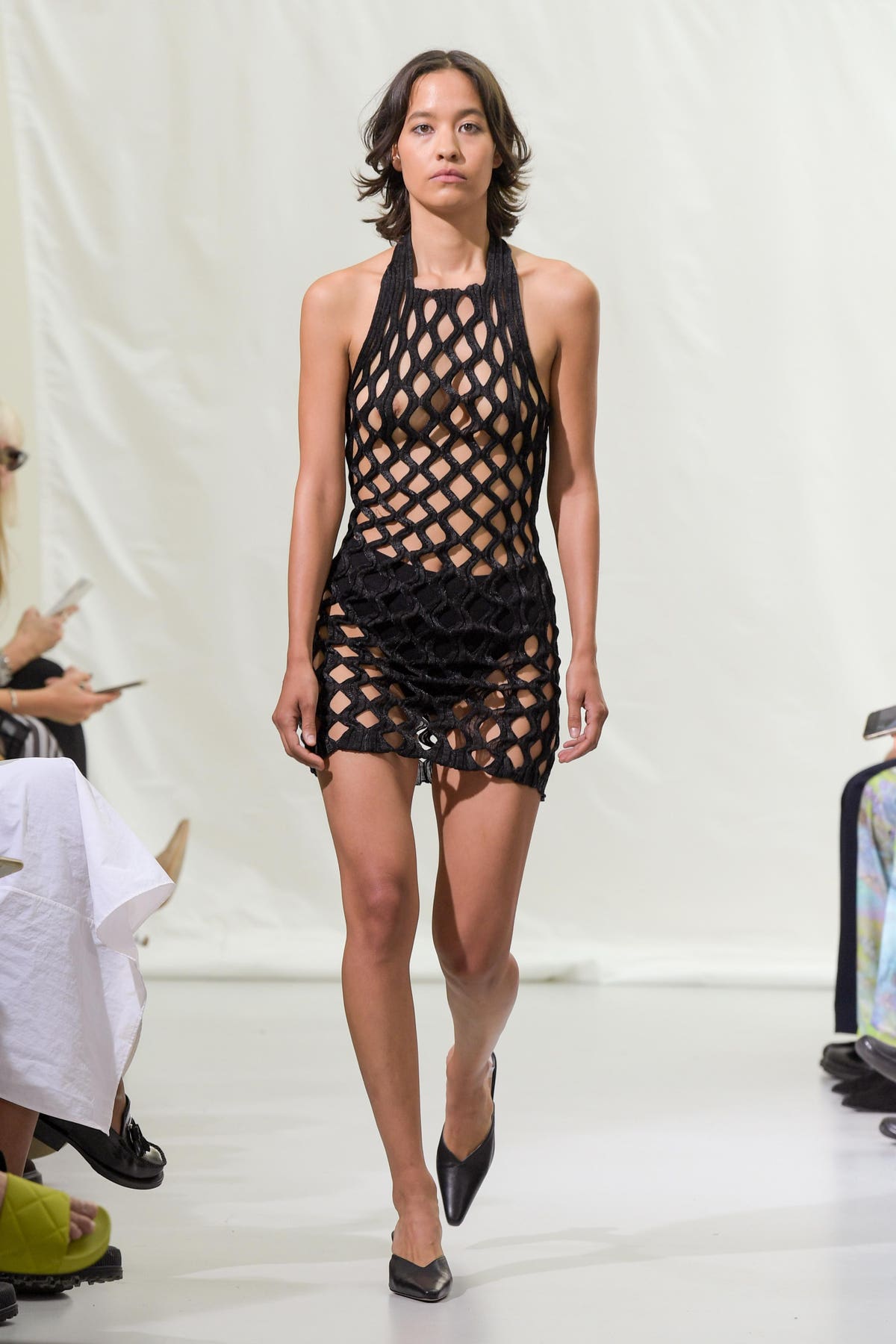 Nicolaj Reffstrup doesn’t care about labelling fashion as a sustainable business. The Danish native who co-founded the breakout brand of the 2010s Ganni with his wife, the brand’s Creative Director Ditte, are responsible for putting Danish fashion on the map as forward thinking, personality-driven, and sustainable-aiming. “We have always felt very supported by Copenhagen, we’re part of a community here”, he says.

The other significant player to prove Danish style as a key fashion destination is Copenhagen Fashion Week, which just held it’s Spring/Summer 2022 season in the capital city. Headed up by sustainability advocate Cecilie Thorsmark, since launching in 2006, each season has positioned the city as one that does not only apply it’s green-aiming methods to cars and CO2 emissions, but fashion too.

Unlike other fashion institutions who have green washed their marketing campaigns yet factored in very little internal structural change, Copenhagen’s fashion industry are attempting to create real lasting impact within the fashion industry. This year, it was themed around sustainability, which as Nicolaj noted, “is a very ambitious aim for fashion”, and it’s this honesty about how difficult it is for fashion to become sustainable that marks the city’s ambitions as genuine.

During the SS22 season, sustainability was presented as more than a PR-friendly trend, but instead, something that underpins Danish fashion in varied ways, from the use of dead stock and recycled fabrics at emerging brand (Di)vsion, to the creation of textiles made from old cork at Nikolaj Storm and a commitment circular fashion at Ganni.

“Cutting CO2 emissions can only be done in Partnerships” Thorsmark said before the inaugural show began, as she announced partnerships with fashion and culture institutions in Norway including the Norwegian Fashion Hub and Oslo Fusion Festival, to combat fashion’s sustainability problem.

This is also city inspired by itself. In tribute to the majority of women who ride around work on bikes, Ganni’s creative director Ditte has designed her SS22 collection to be bike friendly, as has Cecilie Bahnsen, who will add gathered hems to her trademark ultra femme dresses and suits so they don’t get caught in bikes,” said Ditte. “We have had so much support from the Copenhagen creative community and I am always inspired by the way the women move around the city, it’s very green. I don’t even have a drivers license”, she said, “I couldn’t imagine doing this anywhere else.”.

Sustainability is in Danish Fashion’s DNA

Across the season was the practice of innovative sustainable textile production methods. By Malene Birger is one of the most storied brands of Copenhagen ― speaking after their presentation, the brand’s creative director spoke about their Made In initiative, a new line in which 51% or over of the material is recycled. Winner of the Zalando sustainability award, Nikolaj Storm’s techno themed tea party showcased a collection made entirely with dead stock fabrics and a new fabric made from cork. For Oslo-based brand Holzweiler, transparency over the supply chain is key: “We have just invested in a new system to collect data on all our suppliers, from the raw material to the finished garment” say Susanne and Andreas Holzweiler ― “Transparency on how we work to become better is a key focus, so we will share this information on our digital platforms”.

Copenhagen fashion is known for it’s supersized floral prints, Nike trainers and oversized dresses, but a new crop of brands introduced a sex positive note to the schedule, A. ROEGE HOVE showed sheer pink and black mini dresses to cater for the double vaccinated crowd. Saks Potts, who introduced sultry holographic bodysuits that are worn season after season have been beloved by Kendall Jenner, Kim Kardashian and Hailey Beiber. This season was no different, with knot front skin baring crop tops in fuschia pink.

Fur Ban on the Catwalk

The Copenhagen brand Saks Potts rose to fashion fame with their belted coats finished in fox fur, but as the brand moves on into the next stage of their identity, they have “decided to no longer work with animal fur”. Speaking after their show held at the former home of Arne Jacobsen on the outskirts of Copenhagen, Barbara Potts explained how the brand were moving into a new era, “tapping into a fresh and different audience that we have here in Copenhagen.”.

Unlike previous seasons where Danish brands had hosted expensive runway shows which editors and buyers had flown to from across the world, this year many brands including Marimekko, Hope and Rodebjar choose go phygital, streaming their shows online. In an aim to contribute to the offset the carbon footprint of the fashion industry, Cecilie Bahensn decided to invite people into her atelier in a leafy district of Copenhagen.

Copenhagen Fashion Has Grown Up

“There are changing priorities after Covid” Nicolaj Reffstrup said, speaking after Ganni’s SS22 show, “business priorities have changed to reflect the responsibility we feel to truly aim for a sustainable business.”. Ganni will contribute one percent of their profits to sustainability initiatives moving forward and are encouraging shoppers to rewear their designs whatever the season through a collaboration with Vestiare Collective. Model Bella Hadid has already been a champion of this, wearing the AW20 biker boots throughout 2021. Another mainstay Copenhagen brand, Barbara Potts and Catherine Saks both spoke about Saks Potts moving into a more mature direction that’s not so obsessed with the seasonal fashion schedule. “It’s a whole wardrobe now” Potts said, “there’s a great shirt, trousers, separates, and we’ve worked with the Manolo Blahnik archive to sell vintage shoes.”.