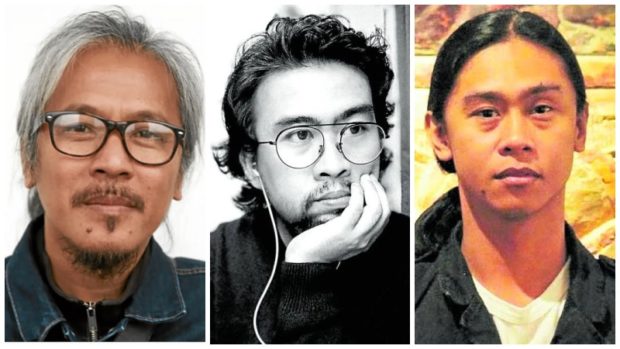 Scene from “The Halt,” Lav Diaz.

Seven movies of multi-awarded indie filmmaker Lav Diaz will likely be featured in a three-week exhibition and retrospective on the 2022 Brussels Arts Fair (Kunstenfestivaldesarts) in Belgium, “revealing Diaz’s storytelling instincts and sensibilities along with his filmmaking style, reminiscent of such cinematic poets as Andrei Tarkovsky, Robert Bresson and Béla Tarr.”

This was introduced on the artwork honest’s official web site, www.kfda.be. The occasion will run from May 7 to May 28.

“In viewing [Diaz’s] films, one feels the crushing weight of his obsession with trauma, suffering and the darkest sides of humanity. In the bleakest of situations his ambitious and irrepressible search for poetry makes that through the painful truth glimmers of hope emerge,” acknowledged the web site about Diaz and his works.

To be screened are the next: “The Halt,” “From what is Before,” “Genus, Pan,” “Evolution of a Filipino Family,” “Heremias Book 1,” “Batang West Side” and “Investigation on the Night that Won’t Forget.”

When requested how necessary the occasion was to him, since he has already been the topic of retrospectives by worldwide movie festivals prior to now, Diaz stated: “Retrospectives connote maturity, not only in a person’s age but also in his art. This is similar to receiving Lifetime Achievement awards and other recognitions. It’s a way to remember and celebrate what an artist has been creating through the years.”

The director additionally advised Inquirer Entertainment: “For me, this is a way to continue the discourse on the importance of arts, as well as on the ongoing cultural war. I promise to continue making films, particularly those that criticize human existence.”

The jet-setting Diaz, who’s presently in Manila, has simply completed making the movie “Bihinang,” which tells of the state of affairs of uncared for indigenous teams within the Philippines.

“Black Rainbow” tells the story of an Aeta boy who desires of changing into a lawyer to guard his group from company giants attempting to occupy their ancestral lands.

The pageant in Moscow ended on April 24, whereas the one in Harlem, New York, will likely be from May 5 to May 8.

“Both would have been fun experiences if I were able to attend; sadly, there’s not enough time to process all of my papers, even though I have the necessary visas,” Dulay advised Inquirer Entertainment. “Also, I already have commitments lined up here in Manila. Aside from the film workshops and talks I agreed to do, preproduction work for my new TV series is about to begin. Nevertheless, my coproducers at the Uncle Scott Global Productions, namely Joyce and Scott Jameson and Nelvin Adriatico, who are based in New York have agreed to attend the event.”

Asked what his aim was in creating “Black Rainbow” and whether or not or not he has already achieved it, Dulay replied: “Firstly, I made a decision to work on it as a result of I’ve been busy making TV collection these previous years. I had needed to immerse myself in filmmaking as soon as once more. I used to be afraid that I’d already forgotten do it. And since this choice was made in the course of the pandemic, I opted to make a brief movie.

“Secondly, I had wanted to reorient myself with the process of creating art, particularly on the subject matter that’s close to my heart. Since ‘Paglipay’ (Aeta), ‘Sahaya’ (Badjao), ‘Legal Wives’ (Maranao) and ‘Project Destination’ (Ifugao), stories of the lives of Indigenous Peoples (IPs), I can say the story of ‘Black Rainbow’ is also close to my heart,” he identified.

“I believe that aside from promoting the colorful culture of the IPs, it is also important that they have representation in media in order to properly introduce them to the world. To be able to tell their stories here and abroad is a big achievement, especially for our Aeta brothers,” Dulay declared.

Meanwhile, Richard Soriano Legaspi’s microfilm, “Job Order,” an excerpt from his full-length documentary “Half-Way Home,” will likely be representing the nation on the 2022 ALV Video Art Festival in Alicante, Spain.

“The film tells the daily journey of migrant workers in Taiwan in a fast-moving symbolic narrative as a reflection of their limited time,” in accordance with its director.

“The fact that the film made it to the festival, out of 1,700 entries, is not just a validation of its worth—even though it’s a microfilm project—but also of my work as a filmmaker,” Legaspi advised Inquirer Entertainment. “I hope that the film serves as a progenitor mirror for the audience to understand the journey and struggles of Asean workers in Taiwan. The film is also about shared memories, temporality and the notion of other spaces inspired by the concept and definition of [French philosopher] Michel Foucault.”

“Job Order” is vying for the Special Mention, stated Legaspi. It will likely be screened in two main venues, the MACA Contemporary Art Museum and the Museu d’Aigües d’Alacant–Pous de Garrigós, from May 5 to May 14.