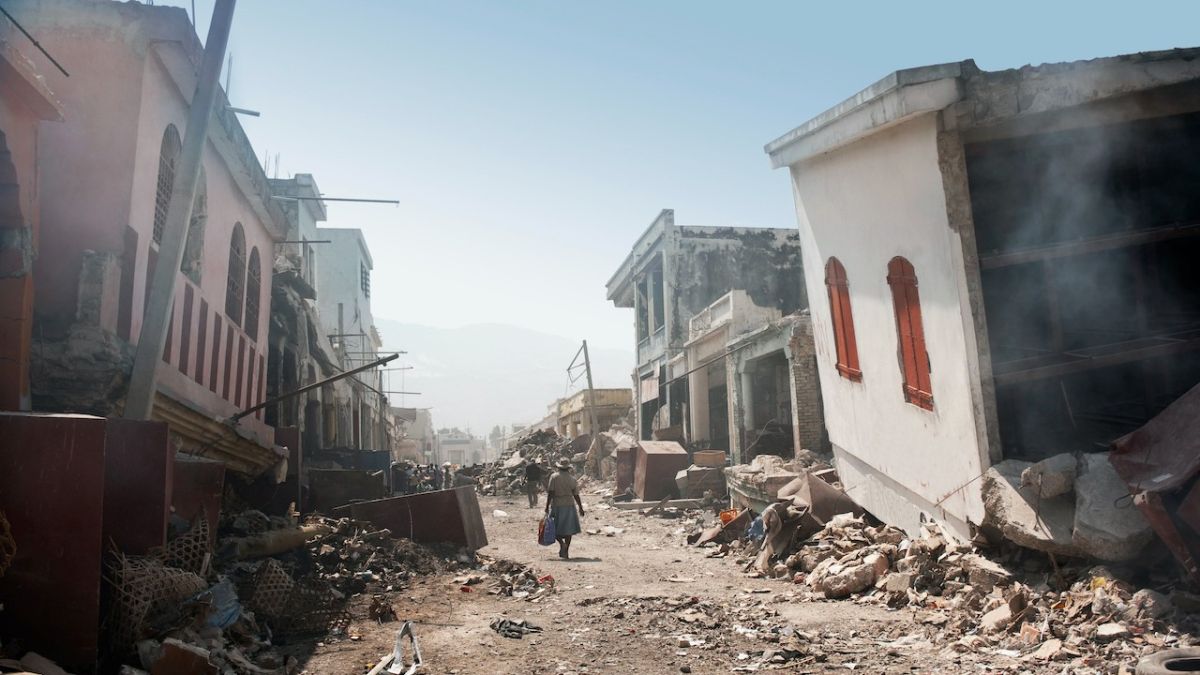 Natural disasters are devastating events that have the potential to cause huge amounts of damage and loss of life. Globally, around 60,000 people die each year as a result of disasters such as droughts, floods, earthquakes and tsunamis, and a further 150 million people are impacted by these events, Live Science previously reported.

Here are just eight of some of the largest, deadly and costly natural disasters throughout modern history.

On Sept. 8, 1900, a storm swept through Galveston, an island off the coast of Texas. At the time, Galveston was one of Texas’s biggest port cities, but a hurricane with 140 mph (225 km/h) winds swept it off the map. It’s estimated that 3,600 houses and 600 businesses were reduced to rubble across 1,900 acres (770 hectares), according to the Texas Historical Foundation.

Although it remains unclear exactly how many people perished during the hurricane, the final death toll was estimated to be between 6,000 and 8,000 people — one-sixth of the island’s population, according to the foundation.

In 2008, a deadly 7.9-magnitude earthquake hit several regions of south-central China. It caused multiple landslides and building collapses that killed almost 70,000 people across Sichuan province, according to the Asian Disaster Reduction Center.

According to research published in the journal Landslides Hazards, Risks, and Disasters, the landslides created at least 828 makeshift dams across rivers and streams in the region, which caused widespread flooding. The situation was exacerbated by heavy rainfall before military personnel removed these accidental dams, according to NASA.

Between September 2019 and March 2020, 46 million acres (19 million hectares) of forests in southeast Australia were burnt, according to the Center of Disaster Philanthropy. Generally, the majority of wildfires are believed to have been ignited by lightning, according to the Parliament of Australia; however, according to research conducted by the University of Oxford, the risk of intense fire weather during the bushfire season in southeastern Australia has increased by 30% since 1900 as a result of climate change.

The hurricane dropped around 41 inches (104 centimeters) of rain onto the island, which caused devastating floods. Research published in the New England Journal of Medicine estimated that the total death toll caused by Hurricane Maria was more than 4,600. Hurricane Maria was also the third most costly tropical cyclone in the U.S., causing around $98 billion worth of damage, according to the National Oceanic and Atmospheric Administration (NOAA).

When the Mount Tambora volcano in Indonesia blew its top on April 10, 1815, it was the climax of the largest eruption in recorded history. It’s estimated that 36 cubic miles (150 cubic km) of exploded rock blasted into the atmosphere and could be seen from as far as 808 miles (1,300 km) away, according to NASA.

The explosion expelled so much volcanic ash into Earth’s atmosphere that it reduced  the amount of sunlight reaching Earth’s surface. As a result, the temperature in the Northern Hemisphere at the time, fell by 1 degree Fahrenheit (approx 0.56 degrees Celsius), according to NOAA, and 1816 became known as “the year without a summer.” Records indicate that the eruption caused 11,000 immediate deaths from pyroclastic flows (fast-moving solid lava, hot gas and ash), and a further 100,00 people died from food shortages over the preceding decade caused by the reduction in sunlight, according to NOAA.

In 1986, lethal clouds of carbon dioxide (CO2) bubbled up from the depths of Lake Nyos in northwest Cameroon and  caused the deaths of almost 1,800 people and 3,000 livestock, according to the American Geophysical Union. Lake Nyos is sat on top of a magma chamber, which leaks CO2 into the water above. In 1986, a sudden eruption of 1.6 million tons (approx 1.5 million metric tonnes) of CO2 gas burst from the lake, in an event known as a limnic eruption.

The gas cloud rolled down the surrounding hillsides and smothered neighboring villages, according to the University of Wisconsin. Eight hundred and forty-five people survived the event but were taken to hospital, 19% of whom were treated for lesions and bullae (blister-like protrusions on the skin) caused by the CO2, according to the British Medical Journal.

On May 31, 1970, a 7.9-magnitude earthquake caused one of Peru’s deadliest landslides, according to the BBC. The quake emanated around 22 miles (35 km) from Mount Huascarán, Peru’s highest mountain. The force of the earthquake caused massive landslides that buried surrounding towns, in particular Yungay and Ranrahirca.

It’s estimated that cascading mountain ice and rocks sped down Huascarán at around 100 mph (160 km/h), including a 772-ton (700 metric tonnes) boulder that crashed into Ranrahirca, according to the BBC. A total of 70,000 people lost their lives, according to the U.S. Geological Survey.

On Oct. 8 ,2005, Kashmir in Pakistan was hit by a 7.6-magnitude earthquake, according to the Earth Observatory of Singapore. Landslides caused by the earthquake buried several towns and villages, including Balakot and Muzaffarabad.

Around 90% of all buildings in Balakot were demolished by the quake, according to the BBC. In total, it’s estimated that 3 million homes were destroyed throughout Kashmir; more than 75,000 people were killed and a further 100,000 were injured, according to NASA. It’s believed that the sudden and rapid release of seismic stress between the Indian and Eurasian tectonic plates was the cause of the earthquake.