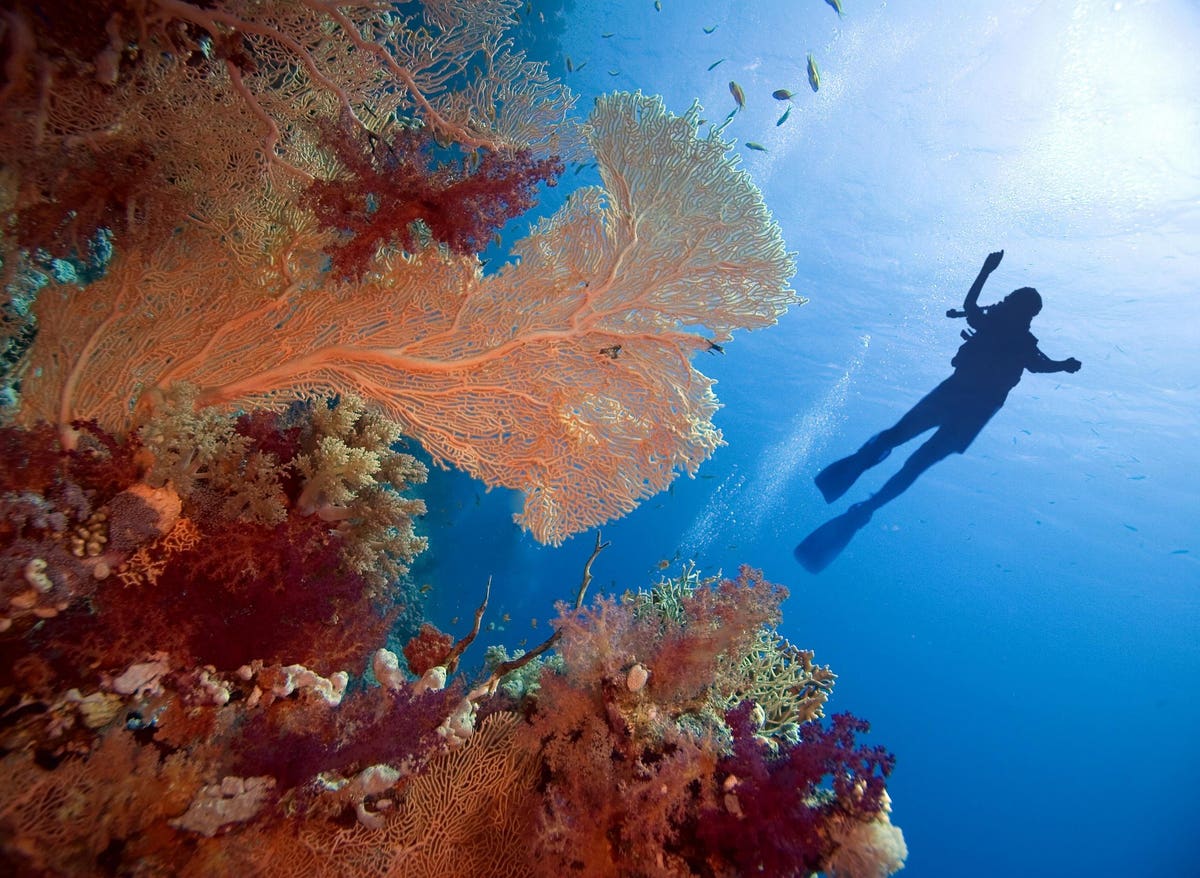 When Vered DeLeeuw visits Israel next month, she’ll be hitting all the usual places — and one unusual one.

“We’re headed to Jerusalem and Tel Aviv,” says DeLeeuw, a food blogger from San Francisco. “But this year, since we’ll be visiting in the winter, we’ll also visit the Dead Sea, where summers are oppressively hot, but winters are mild and dry.”

She’s already been warned about swimming in the Dead Sea, where salinity levels reach 34 percent (as opposed to 3.5 percent in the ocean).

“You can’t go in the water if you have a scratch or even a tiny wound — it’s painful because of the salt,” she says.

As Israel looks to the 2023 travel season, more tourists like DeLeeuw are on their way. They want to experience the signature destinations such as Jerusalem and Tel Aviv — and some places you’ve probably never heard of.

An American couple I met while touring the tunnels under the Western Wall in Jerusalem had the typical 2023 itinerary: nine days in the Holy Land, all the big attractions, plus scuba diving in the Red Sea. Did you know you could dive in the Red Sea?

Gal Hana, the Israel consul of tourism to Canada, says inbound tourism from North America reached about 70 percent of 2019 levels this year. Israel lifted the last of the pandemic travel restrictions in early fall.

Ben Julius, Founder of Tourist Israel, projects the 2023 season may even exceed the 2019 one. “We’re seeing an overall 10% to 20% higher demand in 2023 for inbound trips compared to 2019,” he says. “There are more flight routes and frequencies from the U.S., including daily flights from Miami with American, and new routes from Boston and Atlanta with Delta, which means more connectivity and options.”

So, where should you go if you visit the Holy Land in 2023? And what’s the best time to visit?

The city is a must-see for anyone visiting Israel, with numerous holy sites ranging from the Western Wall to the Church of the Holy Sepulchre. Jerusalem has quietly undertaken an infrastructure improvement project during the pandemic, adding new ramps for guests with mobility challenges and fixing lighting and utility boxes in the city.

Gura Berger, a spokeswoman for the East Jerusalem Development Company, says the project will make the city more accessible to people who otherwise wouldn’t have been able to see these sacred places. The improvements are subtle. Jerusalem still has narrow, cobblestone streets that fill up with religious tourists every day, but now you also see strollers and wheelchairs using the ramps on their way to the Dome of the Rock. Jerusalem also has a new smartphone app that lets visually impaired visitors navigate the city.

Negev is on the tourism map

Hana says a typical 2023 Israel itinerary might include the Negev desert in the southern part of the country, which Israel has been developing for the last two years. “In this region, they include a visit to the Dead Sea area, with a new fully accessible promenade, and the most unique natural spa in the lowest point in the world,” she adds.

“The Six Senses and the Beresheet Hotel are two beautiful properties for some downtime at the end of a hectic trip,” she says. “The Negev offers hiking, canyoning, stargazing, and wellness options such as yoga.”

Tel Aviv has opened an almost unprecedented number of new hotels, including the David Hotel Kempinski, and boutique properties such as Theodor by Brown Hotels and the Alberto Tel Aviv.

Jason Gardner, the sales manager for incoming tourism at Isrotel (which owns the Alberto), says Americans are coming to Tel Aviv for longer stays and having an urban experience, like shopping in one of the markets or visiting Jaffa. “Tel Aviv used to be the place people flew into, and from there, they went to Jerusalem,” he says. “Now they are starting their trip in Tel Aviv and spending a few days here.” That’s giving the city a chance to show off its many cultural attractions — and, of course, there’s also the famous beach.

Igal Zeevi, a tour guide who works in Tel Aviv, says the city has attracted younger visitors eager to explore areas such as historic Old Jaffa. There’s also interest in Tel Aviv’s architectural heritage, particularly its thousands of Bauhaus-inspired buildings built during the 1930s and 40s.

“I think people are surprised when they come here,” he says.

Other “hot tickets” in Israel

Jeff Rubtchinsky, CEO of Ayelet Tours, says another “hot ticket” is Akko, a small town north of Haifa. “This town has always been a model of peaceful coexistence between the Jewish and Arab communities, which live side by side,” he says. “If travelers are looking for a place to challenge their preconceived notions of how different faiths view each other in Israel, they can do so here. After an escalation of hostilities in the summer of 2020, the locals have come together to rebuild and reinforce those bonds.”

But Rubtchinsky says there’s more to this city, including vibrant artistic and culinary scenes. For example, a world-famous eatery, Uri Buri, damaged in that 2020 flare-up, has been rebuilt. Among the other must-visit sites are a mosaic-covered Tunisian synagogue and the El-Jazaar mosque, the second-holiest in Israel.

“The Akko Bahai Gardens — not to be mistaken with the cascading Baha’i gardens of Haifa — are also a treat,” he says.

Is Israel safe to visit?

Crime is relatively low in Israel, according to John Gobbels, chief operating officer for Medjet, an air medical transport membership program for travelers.

“Most of the tourist locations like Jerusalem, Tel Aviv, Eilat and the Dead Sea are considered quite safe,” he says. “But terrorism is still a concern.”

Gobbels says it’s best to stay off crowded public transportation, which Palestinian groups have targeted since the early 90s. And always remain vigilant in crowded tourist locations and at large events.

“The West Bank and Gaza Strip are not safe at all, due to terrorism and civil unrest, so do not go,” he warns. “Do not go to any areas that border Syria, Lebanon or Egypt either, since there’s a high risk of both terrorism and being kidnapped in those areas.”

When is the best time to visit Israel?

Geoffrey Weill, an expert on Israel travel, recommends scheduling your trip to Israel between March and June and from September to December. Avoid summer and winter.

“The summer is crowded and very hot,” he says. It’s not uncommon to see snow in January and February.

For 2023, the situation is a little different. Eitan Sasson, a representative for the Israeli hotel chain Dan Hotels, says early bookings suggest they will be “exceptionally busy” from March through late November.

“Also, 2023 is Israel’s 75th year of independence,” says Sasson. “We anticipate many tourists coming to Israel to be a part of the celebrations throughout the year.”

So if you want to save a little money — but don’t mind the cold — Sasson recommends January or February for a visit, at least in 2023.

You’ll want to give yourself plenty of time. My last visit to Israel lasted just four days — barely enough time to see Tel Aviv and Jerusalem. When I told travel expert Lauren Gumport, an American who has lived in Tel Aviv for the last eight years, she reacted the same way everyone else did: “That’s not enough time.”

Visit the historical sites, she told me. But then, see the rest of the country.

“For example, many newcomers to Israel aren’t aware of the country’s flourishing wine scene,” she says. “From north to the east to the south, you can enjoy burgeoning wineries that are becoming increasingly popular worldwide.”

Most of the travel experts I spoke with recommend at least nine days to see all of the historically significant sites and then go diving, wine tasting or participate in an architectural tour. (Here’s my complete guide to planning a trip.) But a destination like Israel demands even more time — at least two weeks. I’m planning at least a month for my next trip to Israel.