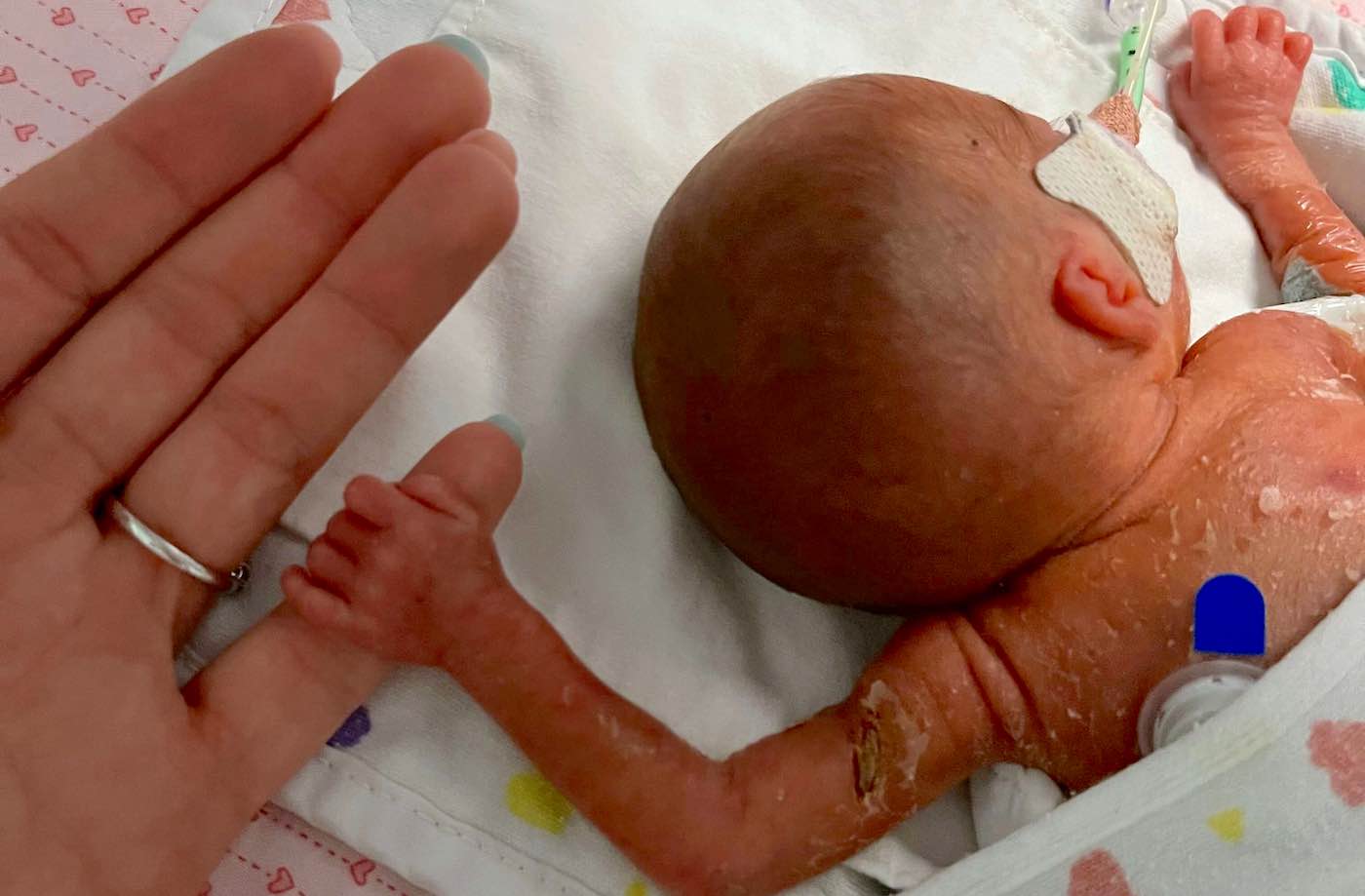 A baby born weighing less than a loaf of bread at just 535 grams has finally returned home to sleep in her own room.

Lauren Ormston’s pregnancy was initially smooth sailing. All her scans came back healthy—even the one at 20-weeks—and she expected to welcome her baby on July 1st.

But on March 4, she began to get severe pains in her abdomen and when she went to the hospital in Surrey, England, she learned she was going into premature labor.

She was immediately induced and two hours later gave birth to baby Isla, weighing just 1.18-lb. Doctors told the 27-year-old and her fiancé that the baby had only a 10% chance of survival due to her size. Laura could only cuddle Isla for a few minutes before she was taken to a ventilator.

“I lived each day, never knowing if she would make it,’ said the first-time-mom.

Baby Isla was later diagnosed with a level two bleed on the brain and a hole in the heart.

”She looked so small and fragile, like she would snap at the slightest bit of movement,” Lauren, from Hartley Wintney, Hampshire, told SWNS news. “I was so worried, but I knew my baby girl was a fighter.”

At six weeks, mother and daughter finally had their first cuddle since the birth. “Her little hand was barely the size of the tip of my husband’s pinky finger!”

LOOK: UK’s Most Premature Twins Finally Go Home 5 Months After Being Given 0% Chance of Survival

After spending four months in the hospital, Isla was finally discharged in July, weighing 10 lbs 8oz.

It was “rollercoaster,” but Lauren is now over the moon that Isla is home and happy.

“I’m still in disbelief that our scan at 20 weeks came back fine, and I was rushed to hospital just two weeks later. It’s so important to pay attention to those pains and trust your gut.”

POPULAR: Premature Baby Becomes a Prodigy at 3, Joining Mensa After They Run Out of Questions For the Toddler

”Isla is a bundle of joy, and we couldn’t be happier with the little girl we have now.

“We are so proud of her for fighting and now we get to enjoy every minute at the comfort of our own home.”