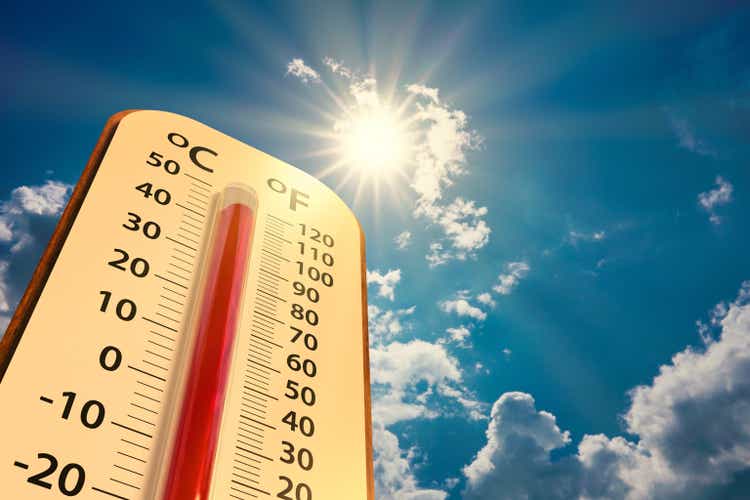 The Department of Labor reported that the U.S. economy added a whopping 528,000 jobs in July, about double market expectations. It was the best monthly employment gain since February. Revisions were also positive. The unemployment rate fell to 3.5% (back to pre-pandemic levels and the lowest since 1969) vs the 3.6% forecast. Average hourly earnings rose 0.5% in July, easily beating the consensus of +0.3%, leading to a year-on-year advance of 5.2%. Hours worked also rose from June, coming in at 34.6 for last month. Private payrolls jumped by 471,000. The labor force participation rate dipped to 62.1%, however.

On the move, Treasury rates rose sharply. The 2-year note rate surged to near 3.2% immediately after the NFP data release. The U.S. Dollar Index jumped 1% and stocks also sold off on the extremely hot number, which spooks the peak-inflation narrative. Traders now expect a 0.75 percentage point rise in the Fed’s policy rate at the September meeting.

The stellar employment report comes on the heels of a massive rally in the Treasury market. Consider that the two-year and 10-year note yields were both near 3.5% in mid-June. Rates across the curve dropped big as the market interpreted Fed Chair Powell’s tone at the July FOMC meeting as a somewhat dovish pivot, though his words were arguably hawkish. The 10-year note nearly touched 2.5% earlier this week, but now trades at 2.8%.

Short-to-intermediate term Treasuries bounced hugely over the past two months, but a portion of the gains was given up post-NFP this morning. The iShares 3-7 Year Treasury Bond ETF (NASDAQ:IEI) fell nearly 1% from its highs on Thursday. The 2s10s spread is now inverted by about 40 basis points as short-term rates rise sharply above the middle part of the yield curve.

I see resistance on the chart of IEI in the $120 to $121 area. Treasury bulls have their work cut out for them here.

Higher yields will buck the recent trend we have seen in lower mortgage rates. Mortgage News Daily reported that the average 30-year mortgage rate nearly fell below 5% at times this week, but they will tick up following the selloff in Treasuries on Friday.

Looking ahead, analysts still expect a slowing of the jobs market. Goldman Sachs sees monthly payroll gains falling to just 100,000 by year-end. Moreover, economists at Bank of America Global Research see a recession in the cards as broad economic growth continues to wane – they’re among the most bearish on the street.

More big July data hits next week with the all-important Consumer Price Index report crossing the wires Wednesday morning. PPI comes Thursday. Also important from an inflation point of view is the University of Michigan’s Sentiment survey and its consumer inflation expectations data. Expect significant volatility in IEI and other parts of the Treasury curve through next week.

Oh, and by the way, the second quarter earnings season continues with many major firms reporting results.

The July employment situation report was undoubtedly a hot number and flies in the face of the Fed’s goal of cooling off the economy. Stocks sold off and Treasury yields rose sharply. Traders now see a more aggressive Fed, and this report makes next week’s CPI numbers for July even more important.