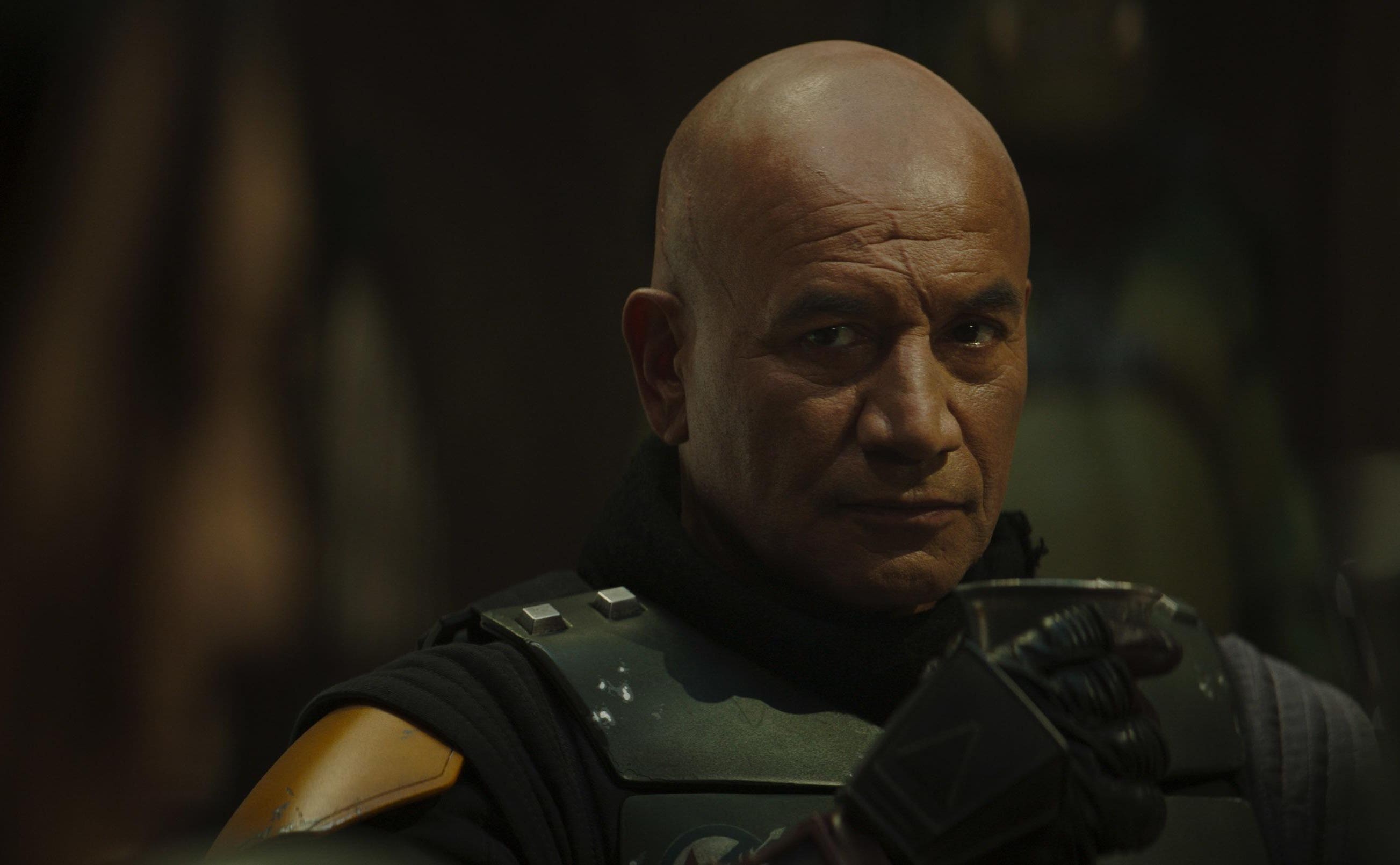 The Book of Boba Fett wasn’t quite what Star Wars fans expected; the trigger-happy bounty hunter survives to become a crime lord who doesn’t want to commit any crimes (in fact, Boba actually cracks down on crime, by destroying the spice trade).

The show didn’t quite live up to The Mandalorian; even the showrunners seemed aware of this, as Din Djarin, along with adorable animatoric Grogu, stole the spotlight towards the end.

Throughout the series, it’s never made clear why Boba wants to become a kinder, gentler crime lord, or why he wants to stay in a place like Tatooine.

Cad Bane even ponders the question during their final duel, but Boba Fett can’t seem to articulate his ambition. Earlier in the show, when Fennec asks why he wants to lead a crime family, Boba simply responds with, “Why not?”

An intriguing fan theory, however, shines new light on the series, providing an explanation for Boba’s new attitude, and his increasing unimportance as the show progresses.

The theory speculates that the Jango Fett clone we follow in the show is not actually Boba Fett – Boba died in the Sarlacc pit. Instead, the unlucky Stormtrooper we see in the belly of the beast is the one who crawled out and inherited Boba’s armor.

Bear with me – the theory is less absurd than it sounds. There’s a surprising amount of evidence to back it up, helped by a few inconsistencies from the series.

First, is the fact that Boba doesn’t care to take revenge on Luke Skywalker or Han Solo – he doesn’t even seem to think about the men who almost killed him. His “rule with respect” approach also shows a shift in personality that isn’t really explained by his time with the Tuskens, who are fairly brutal toward their enemies.

The scene where Boba escapes from the Sarlacc shows him crawling out of the sand, where his armor is immediately stolen by the Jawas. However, after teaming up with Fennec, Boba immediately flies back to the Sarlacc, and seems confused when his armor isn’t inside the beast. Either Boba forgot he was wearing it, or he’s a Jango Fett clone who wasn’t wearing it at all.

Technically, the Stormtrooper we see in the Sarlacc is wearing a helmet that marks him as the generation that came after the Clone Troopers, a volunteer recruit – most of the clones were functionally extinct by this time, because they were engineered to age faster.

But we can assume that out of the millions of clones, some didn’t age out as intended due to mutations, or errors, and remained fighting for the Empire long after the cloning program wound down. Let’s also assume that one of them ended up in the Sarlacc pit with Boba, because hey, poetic coincidences happen in Star Wars all the time.

Hence, the scene where Boba steals the Stormtrooper’s oxygen could be compared to Tyler Durden punching the protagonist of Fight Club – a distortion, viewed from the perspective of an unreliable narrator.

This random, unimportant clone escapes the pit and is captured by the Tuskens, where he experiences a life far removed from being the Empire’s lowly cannon-fodder. And he knows exactly who Boba Fett is – the Clone Troopers used to talk about him with reverence, the way the galaxy’s moisture farmers, presumably, talk about Luke Skywalker.

Hence, the clone decides to steal the narrative of Boba Fett and become kingpin of the local crime families – it makes sense for a slave soldier, who has lived under the thumb of the Empire all his life, to seek power of his own. It also makes sense to stay on Tatooine, a small backwater planet where his secret can be contained.

The clone understands that the real power of Boba’s armor lies in its fearsome reputation – Beskar is just an added bonus. As he admits to Fennec, “without my armor, I’m less persuasive.”

Boba being a random Jango clone explains why he is such an inept fighter and crime lord, spending half his time inside a Bacta tank – he had no idea what he was taking on, and no real plan to accomplish it.

The theory also explains why the clone is so much kinder and more empathetic than the merciless Boba, and even why he takes the time to repair and repaint his armor – it’s a symbol – the real Boba never cared that he looked like a walking garbage can.

This clone has faked it to the top, and this interpretation not only explains his behaviour, and diminishing importance throughout his own series, but also imbues his final standoff against Cad Bane with an unspoken tension.

Cad’s questioning of Boba’s motives seems to unsettle him – does Cad suspect that Boba isn’t really who he says he is? When Cad pulls the clone’s helmet off and takes a good look at him, does the thought of an imposter enter his mind?

After all, the standoff seems to reference a deleted scene from The Clone Wars, a piece of unfinished animation that can hardly be viewed as canon.

Perhaps Boba’s repeated references to his “father” and his childhood, are just bluffing, as he fears that Cad could expose his big secret to the inhabitants of Tatooine.

The fan theory certainly makes The Book of Boba Fett more interesting, turning an unfocused story into a tale of a confidence man with a conscience, who cleans up a drug smuggling operation with the help of a cool set of armor worn by a galactic legend.

Much like “Darth Jar Jar,” the “Clone Boba Fett” theory is a fun bit of fiction that elevates a mediocre Star Wars story – but still, maybe there’s a grain of truth to it.