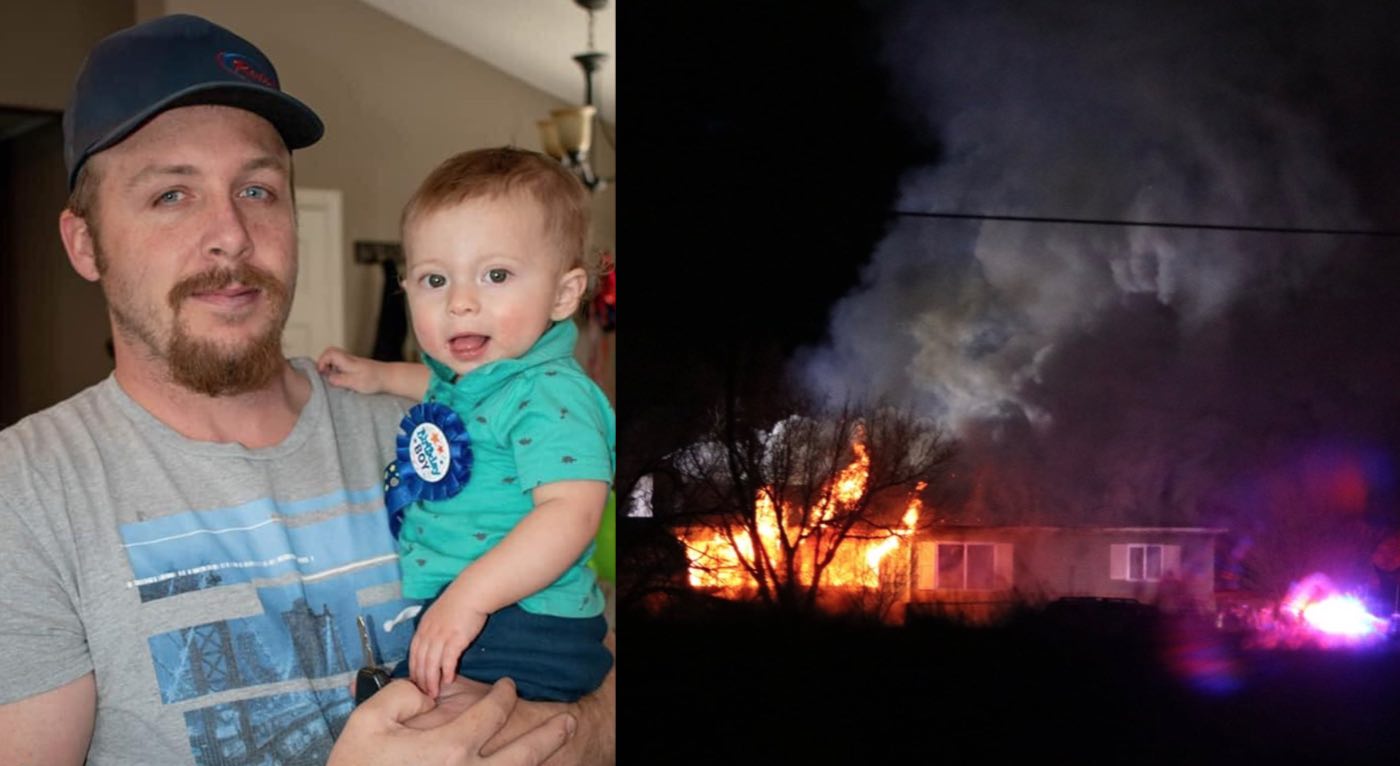 A passerby is being hailed as a hero for risking his own life to help rescue a Wyoming family after their Jamestown home erupted into flames early Tuesday morning.

A 34-year-old mother and her four young children, ages 12, 8, 6 and 4, were asleep in their Jamestown house when a fire erupted in the home.

Ryan Pasborg was running late for work Tuesday morning as he traveled from his home in Green River towards town when he smelled smoke and saw flames coming from a bedroom window.

When he didn’t see any emergency lights, the 32-year-old decided to pull into the driveway where he saw a young girl and two boys leaving the house. The three children told Pasborg that their mother and 4-year-old little brother were still inside—and without hesitation he entered the residence through a garage door and stepped into the kitchen.

Pasborg told authorities that he could not see anything inside because of heavy smoke, so he crawled on his hands and knees on the floor several feet into the kitchen before he bumped into the small child. He immediately grabbed the boy around the waist, picked him up and carried him outside.

With a windchill temperature well below zero, Pasborg quickly put all four children in his truck to keep them warm before entering the burning home a second time, this time crawling through the kitchen deeper into the house in search of the children’s missing mother.

Moments later, Pasborg found the woman lying on the floor, badly burned and struggling to breath. After dragging her outside, he noticed that she was unresponsive and no longer breathing, so he began performing lifesaving measures until she suddenly took a gasp of air.

WATCH: Hero Jumps Into Maryland Bay to Save Toddler’s Life, After Crash Flings Her Car Seat Into the Water

Pasborg then drove the family away from the now raging fire to the end of the driveway near the highway and awaited the arrival of emergency first responders.

Sheriff Deputy Jason Mower said he could not recall ever witnessing such courage and selflessness as that displayed by Pasborg, who surely saved the lives of the young mother and son.

“I think this is the first time in nearly 15 years of law enforcement that I’ve ever heard of a total stranger truly going above and beyond in a way and in a situation that many wouldn’t have dared to face,” Mower said.

“Not only is it a blessing in its own right that Mr. Pasborg was in the right place at the right time, but his willingness without second thought to risk his own life to help save this family was the difference between life and death for this young mother and her child; he gave them a fighting chance,” said Sheriff John Grossnickle said in a statement.

“There are no words to adequately express the magnitude of Ryan’s bravery other than he is a perfect example of what it means to be a real hero,” Grossnickle continued. “His actions speak volumes about the true content of his character, and people like Ryan are a testament to the overwhelming power and strength of community that we are so fortunate to share with one another as friends and neighbors here in Sweetwater County.”

Not only was his bravery on display, but his generosity and compassion. Pasborg later purchased several hundred dollars worth of clothing and necessities and delivered them to the family at their grandmother’s house.

MORE: Hero Trucker Ignores Own Safety to Save Utility Worker Stuck in a Bucket With Fire Blazing Below

HAIL This Hero By Sharing Ryan’s Bravery on Social Media…