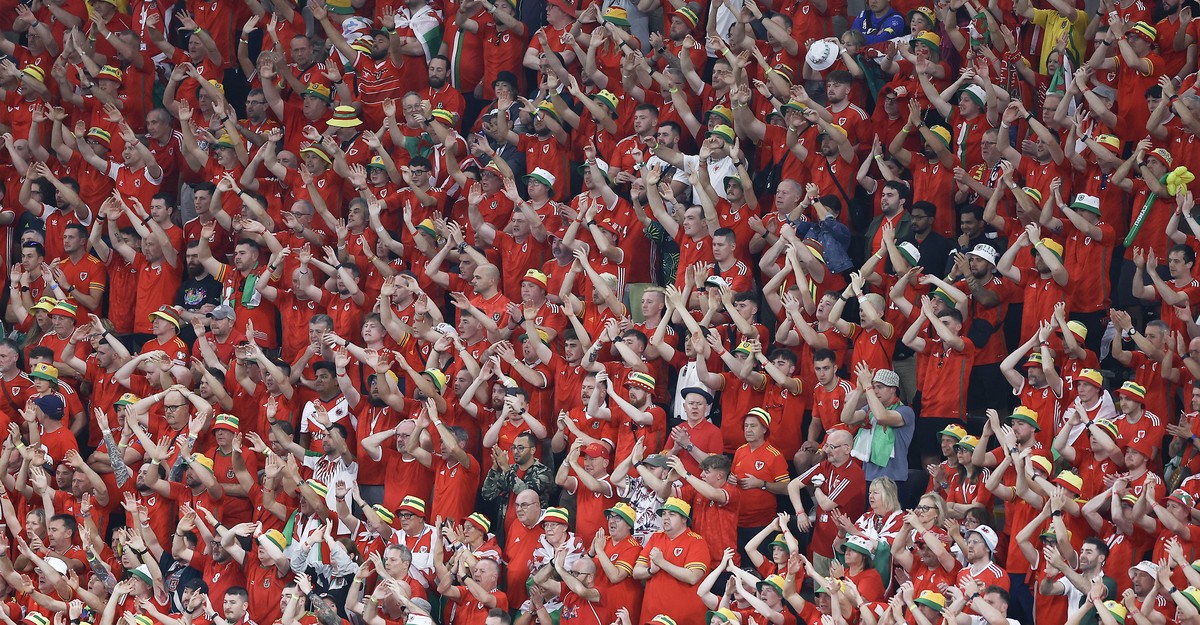 Typically, when the opening games of the World Cup commence, it is the beginning of summer—a time when I find myself relishing the long hours of sunlight, enjoying enormous platters of barbecue, and wondering how many Popsicles is too many Popsicles for a grown man to eat in a single day. This World Cup, as we know, is different. For the first time in its history, it is not beginning in June; it’s beginning in November. This change is in place because, in the host country of Qatar, holding the World Cup in the summer would be far too hot.

This decision has had far-reaching implications for the players, whose club seasons have been bifurcated in ways they’ve never experienced; for club teams whose seasons have come to a dramatic pause and must figure out what to do for six weeks with their players who are not participating in the World Cup (the vast majority of players in the world). It has also had perhaps unexpected effects on fans, who are watching games in different settings than we are typically accustomed to.

For example, I’m currently back home in New Orleans for the Thanksgiving holiday, and instead of watching games on a summer patio somewhere around Washington, D.C., where I live, I am watching them in my parents’ home surrounded by family, while my two young children have their coloring books, crayons, and apple slices spread across the floor in front of the television.

My son, the older of the two, has recently begun to develop an affinity for soccer and is full of questions. Why does the goalie wear a different color shirt? What does offsides mean? How can someone play for Arsenal and the U.S.A. at the same time?

As we sat down and prepared to watch the U.S. men’s team play Wales in their first World Cup game in more than eight years, my son, who’s 5, looked at the television with a confused face.

“Where is the Wales team?” he turned around and asked.

“They’re right there,” I said, pointing to the men in red belting out their national anthem.

“Those are just regular people,” he said, shaking his head.

It was in that moment that I realized there had been a misunderstanding:

My son was disappointed to realize that the US team was playing a country called Wales and not a large group of whales in what I guess he imagined to be a large soccer-seaworld extravaganza.

He felt further aggrieved when he realized that the team was not even nicknamed “the whales,” finding it bizarre and nonsensical that they had a picture of a dragon on their crest and not a whale.

Sharing his sentiment on Twitter invited all sorts of people to share their own homophonous misunderstandings as children.

The novelist Brandon Taylor wrote: “Cut to me as a child in primary school, thinking that Diana was the Princess of Whales and had the power to communicate with sea creatures.”

Cut to me as a child in primary school, thinking that Diana was the Princess of Whales and had the power to communicate with sea creatures.

The former Jeopardy champion Buzzy Cohen shared his own childhood misunderstanding of a trip to Miami:

When I was a kid visiting family in Miami my family would point to a stadium and say “That’s where the dolphins play football” and you can just imagine what my lil brain imagined. https://t.co/5yrmlkRJWR

Others shared how their understanding of guerrilla warfare was innocently misguided:

In a macabre moment, 7 year old me felt similar disappointment in 1972 that the guerrillas holding hostages at the Olympics were not in fact gorillas. I also did not understand the gravity of the situation.

There were dozens of examples like this. They brought a smile to my face.

I mention these as well because this sort of moment would not be possible if the tournament were being held during its traditional time of year. It would have been held this past summer, and my son would have been in his pre-K summer camp. Instead, here we are in my parents’ home a few days from Thanksgiving, my son asking questions every 30 seconds to make sense of this game his father loves, his younger sister laid across my lap with a fruit pouch in her mouth as I type this with one hand.

The World Cup should have never been held in Qatar, to be sure, but if one is to look for an upside, the timing of the tournament does provide a unique opportunity to share moments that otherwise wouldn’t have happened.

Listen to Clint Smith discuss the complicated feelings he has for soccer on a special episode of Radio Atlantic: