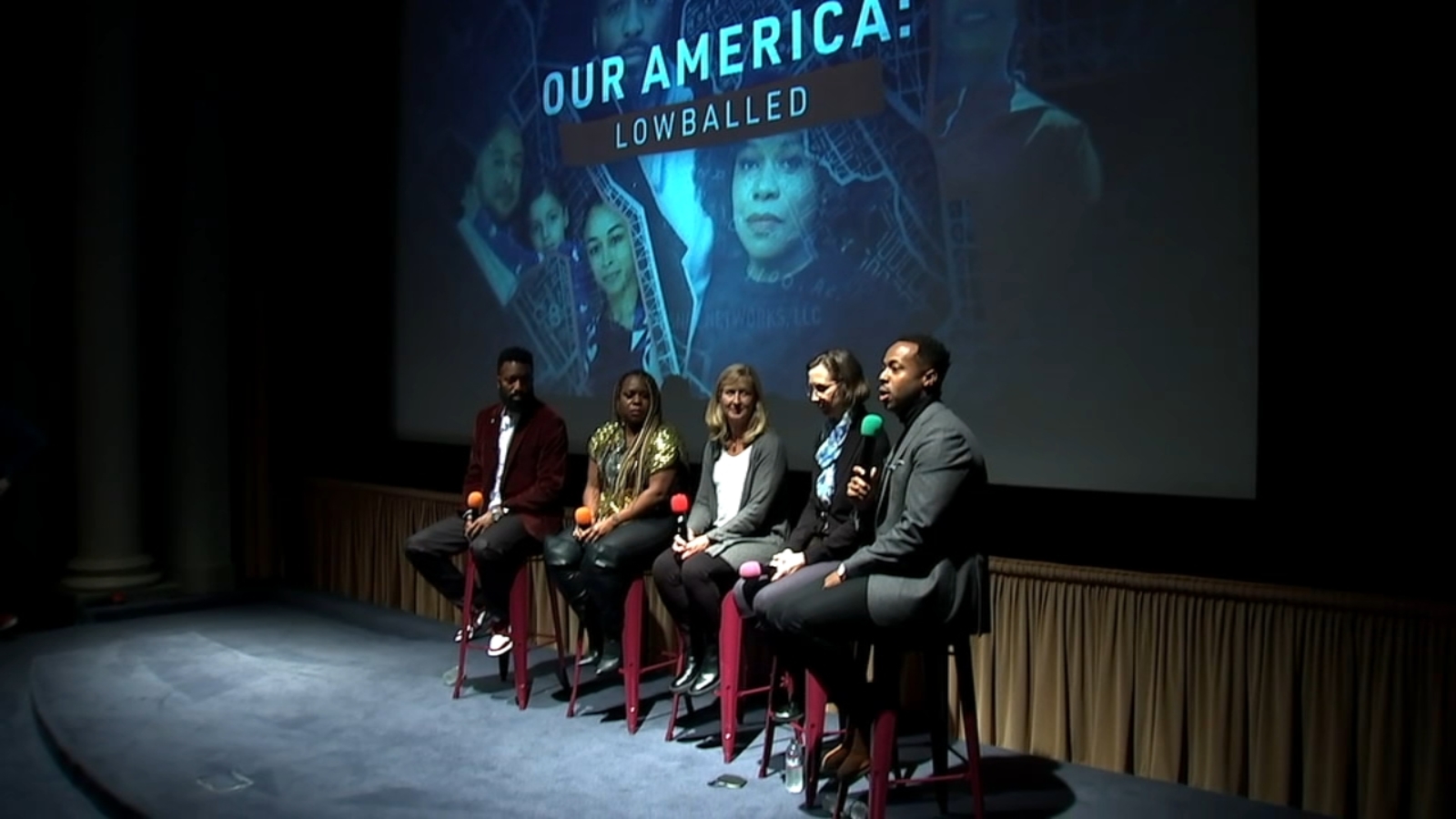 SAN FRANCISCO (KGO) — After 18 months of work, “Our America: Lowballed” had its premiere in San Rafael Thursday night.

The documentary film is the culmination of work by ABC7 News reporter Julian Glover, and it focuses on the systemic inequities in the home appraisal process for people of color.

The film explores how this happens, dives into data about how often it happens, and takes several families’ pleas to fix the problem to the halls of Congress and The White House.

One of the families featured is Marin City residents, Paul Austin and his wife Tenisha Tate-Austin.

After remodeling and adding onto their home back in 2020, the couple had it appraised for a value they knew was too low.

“Four weeks later, it appraised for higher. But what we had to do is, we had to is do something that people are calling whitewashing our home,” Paul said.

That process of whitewashing involved them removing any items from their home that would suggest a Black family lived there.

They also had one of their White friends pretend to be the homeowner during the second appraisal.

The shocking result – a new valuation nearly $500,000 higher than the initial one.

“It’s about building community wealth. If you devalue one home and you multiply that across a community, then you’ve devalued an entire community,” Tenisha said.

The Austins are just one example.

Similar experiences happen to countless people around our country every year.

Now, through “Our America: Lowballed,” they’re speaking out.

Hoping to be a voice for those who cannot speak for themselves.

“Hopefully they feel like we are representing them well and that we are making sure that their voices are amplified through us,” Tenisha said.

The film will be airing here on ABC7 and on Hulu.

But it’s already making an impact among viewers.

“I thought it really characterized the issue and brought to life an industry that has little regulation, yet a huge impact on families and their ability to accumulate generational wealth. It’s shocking,” said Kristy Treewater.

Making waves with the hope that true change could actually be coming.