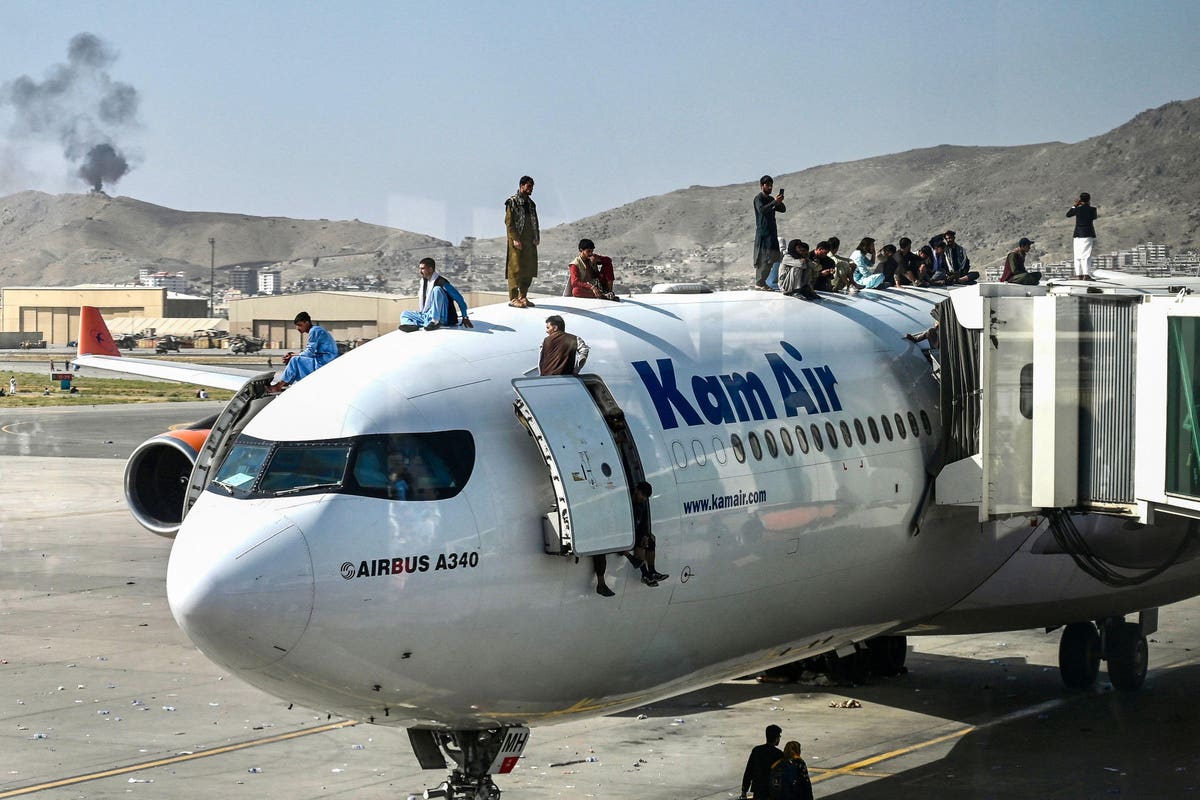 In the months and weeks leading up to the last presidential election, any reasonable American—Democrat or Republican—could see that Joe Biden’s mind was, to be kind, slipping. Despite running the most carefully controlled presidential campaign in American history, instances of his public incoherence grew with one bizarre gaffe after another as he transformed the English language into a kind of Pig Latin as we witnessed a shell of a man increasingly speak in tongues. Thankfully for Biden, most of the people around him as he stumbled his way through teleprompter reads and a handful of press conferences were wearing masks—there was no way to see their grimaces or laughter in the face of a potential presidency that would ultimately devolve into a punchline for all the world to witness.

Prior to the election, the common refrain from Democrats (at least privately) was that it didn’t really matter that Biden was compromised because there would be highly qualified, competent people surrounding him (and he wasn’t Trump, which was qualification enough for most of them). That somehow, abracadaver, the free world would cruise on autopilot. After all, Washington is brimming with wise, competent people. Seven months into the nation’s experiment with a leaderless government, we can dispel that notion.

Imagine boarding a jet and hearing, This is your captain, Joe Biden, speaking. Or having your last image before going under for open heart surgery be Dr. Joe Biden staring above you, Everything’s gonna be fine, I’ll see ya on the other side. How would you feel if your son or daughter were serving under this commander-in-chief and his military brass that prides itself on being woke…but just doesn’t seem to be awake? We can laugh or cringe at those prospects, but the fate of the republic isn’t a joke. By the way, could someone remind me where I put the nuclear codes? A nation’s survival doesn’t come with mulligans.

Of all the institutions central to our future as a country, the military and intelligence services supersede all others for obvious reasons. While we can presume Messrs. Blinken, Sullivan, Austin, and Milley might have more functioning synapses than Biden, it remains a mystery how they process logic and reason. The historic ineptitude of Biden’s crew will haunt Democrats for a long while…perhaps decades—just as the botched Carter Iranian rescue mission helped bring Reagan to power.

For some perspective, I asked retired General Walt Boomer, the four-star who ran all Marine forces in Operation Desert Storm and a person I’ve known for several years, what questions he might have asked leading up to the Afghan withdrawal. Here’s his short list:

We’re hearing from intelligence that the country could fall faster than we anticipate. If that’s the case, what’s the worst-case scenario? Do we have a course of action for that situation and if not, why not?

Who do we have to get out and do we know where they are in-country? Assume we must extract American citizens wherever they are. What will it take to do it? What about our close allies in the country…translators, etc?

Are we coordinating with our military allies? I know this resides mostly with State, but do I need to ask the question?

Do we need more time for all of what might need to be accomplished? Have we given ourselves any slack? Should I tell the Secretary of Defense and the President that in our military judgement the operation is too rushed for an orderly draw down?

One hopes those questions were asked but, if they were, it’s clear that they weren’t acted upon, and the results speak for themselves as the events remain as a national disgrace. The talking head brigade composed of former military commanders, ambassadors, intelligence officers and national security advisors are singing the same tune: there will be dire consequences to America’s standing in the world, our enemies will be emboldened, and terror could once again return to our streets on a 9-11 scale. Perhaps the greatest single weakness of our federal government is its seeming inability to learn.

One can only imagine the current chatter between Moscow, Beijing, and Tehran as they revel in America’s Idiocracy moment. Xi, it’s Vlad, how ‘bout a game of Scrabble…winner gets the Baltics? If they weren’t already aware, our enemies can now see clearly that they’re dealing with the political equivalent of a Cabbage Patch Doll, so that begs the question: who, exactly, is standing between America and the abyss?

Beyond the foreign relations debacle and our greatly diminished respect around the globe, what about our government’s standing with its own people? Why would Americans trust anything coming out of Washington if our military and intelligence apparatus—something we’ve spent more money on than the combined GDP of most of the world—fumbled so badly. Are we to believe that agencies and branches of the federal government like the CDC, Homeland Security, IRS, Justice Department or even the Supreme Court are functioning any better? This wasn’t just a military and foreign policy disaster; it has exacerbated the crisis in confidence in our government and public institutions overall—and that’s to say nothing of the nation’s view of our election integrity. As a business consultant friend is fond of telling me, no organization—or country—can rise above the constraints of its leadership.

Across the US, many Republican Governors now see their primary job as one of creating a firewall between the federal government and their citizenry. And who could blame them. As Ronald Reagan famously said, “The most terrifying words in the English language are, I’m from the government and I’m here to help.”

Republicans teeing up congressional and state campaigns across the country are now scrambling for footage of their opponents either endorsing Joe Biden or being endorsed by the POTUS. Virtually overnight, Biden has become toxic to his own party and only seven months into his term he’s already trending toward lame duck status with a political shelf life likely to match that of Liz Cheney. Images of horror and incompetence from Afghanistan are sure to flood campaign commercials from the upcoming midterms to the next Presidential election—and likely beyond.

Many Democrats even doubted from the beginning that Biden would last a full term given the rate of his mental decline and, at this pace, he may not make it to the midterms. A president’s legacy—good or bad—is forged in crisis. Biden was tested and he not only failed, he didn’t even grasp the challenge at hand until it was too late. Even scarier, his lieutenants thought to be experts were no better.

Sadly, it’s not Joe Biden’s fault that, at age 78 and after two brain aneurysms—including one that ruptured—he is in cognitive decline. Watch him stumble through a press conference or even the simplest teleprompter regurgitation, and the overwhelming emotions are pity and sadness—both for him and for our nation. As for Kamala Harris, let’s have a show of hands for those who think she’s ready for prime time?

In 2009, President Obama famously scolded Republicans that, “Elections have consequences.” Today, America is coming to grips with that sober thought as our worst fears of this administration have become a reality. Treat the Presidency as a career achievement award and you will reap the outcomes you deserve. One can only imagine, however, what new horrors have been set into motion thanks to the events of the last weeks.