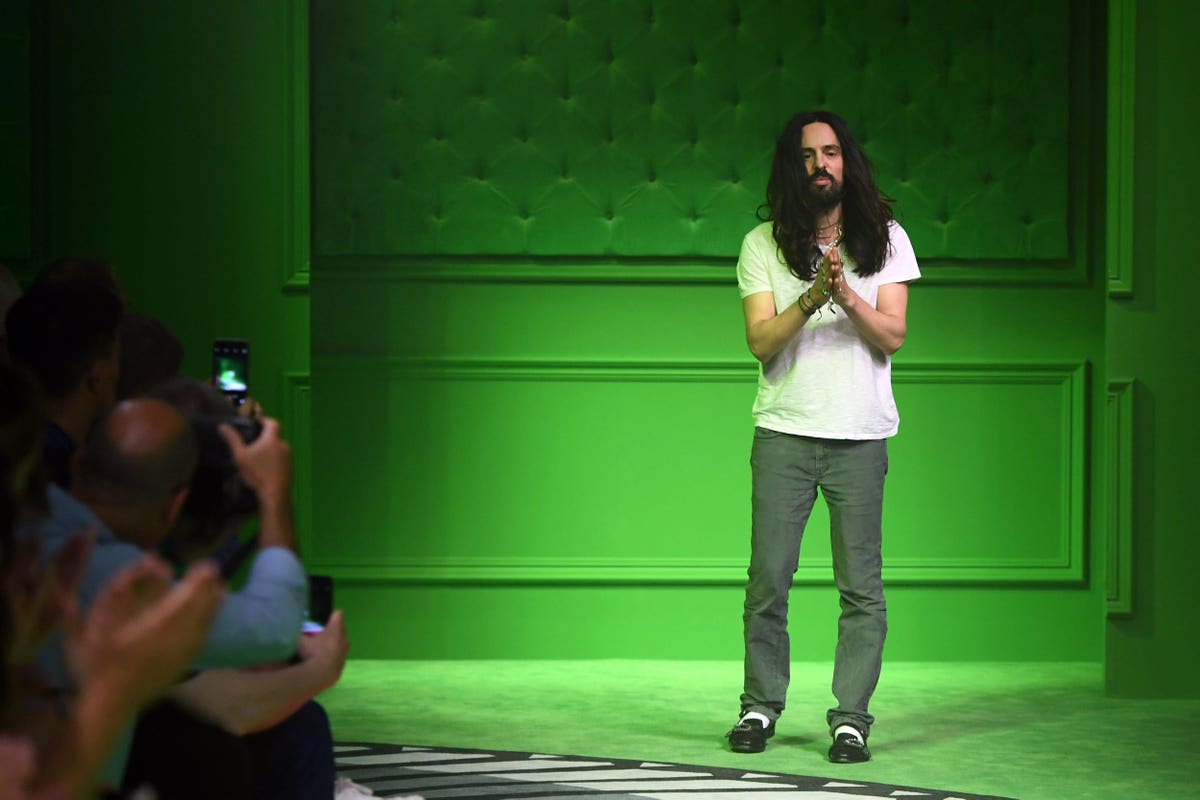 Alessandro Michele has helmed the House of Gucci for the past seven years, almost eight as creative director, and has been with the brand for twenty years has stepped down. Kering broke the news today. The company has not named a successor as these things take time, but Michele left an indelible mark on the Italian House.

“There are times when paths part ways because of the different perspectives each one of us may have,” said Michele in a statement. “Today an extraordinary journey ends for me, lasting more than twenty years, within a company to which I have tirelessly dedicated all my love and creative passion. During this long period Gucci has been my home, my adopted family. To this extended family, to all the individuals who have looked after and supported it, I send my most sincere thanks, my biggest and most heartfelt embrace. Together with them I have wished, dreamed, imagined. Without them, none of what I have built would have been possible. To them goes my most sincerest wish: may you continue to cultivate your dreams, the subtle and intangible matter that makes life worth living. May you continue to nourish yourselves with poetic and inclusive imagery, remaining faithful to your values. May you always live by your passions, propelled by the wind of freedom.”

The forty-nine-year-old Roman (and if you know Italy, mentioning where a person is from is key as Italians identify with their cities and regions) got his start in the industry by working for Les Copains. He then worked at Fendi under Silvia Venturini Fendi and Karl Lagerfeld. From there he moved to Gucci under the creative leadership of Tom Ford. He worked in accessories, in charge of handbag design in their London office before being promoted to senior designer of leather goods. Moving up in various roles at Gucci, it was in 2015 that he was made creative director.

A century plus one year old, Gucci is a leading luxury brand. Standing at the apex of Italian luxury and craftsmanship, it creates top leather goods, jewelry, accessories, fashion collections, eyewear, and beauty products.

Bringing gender fluidity to the House worked for Gucci. It was a change from Ford’s sensual creative direction that pulled Gucci out of its economic slump and “House of Gucci” controversy of the 90s. Michele worked with actors from Harry Styles, Dakota Johnson, Jared Leto, and Miley Cyrus during his tenure, who all did campaigns for Gucci. And many more from Tom Hiddleston, Miles Teller, Lady Gaga, (did I say Jared Leto? Yes, he wore Michele’s Gucci a lot), Saoirse Ronan and more were donning his creations on red carpets. Gucci sales increased from $4.1 billion in 2015 to $10 billion in 2021, according to The Washington Post.

“I was fortunate to have had the opportunity to meet Alessandro at the end of 2014, since then we have had the pleasure to work closely together as Gucci has charted its successful path over these last eight years. I would like to thank him for his 20 years of commitment to Gucci and for his vision, devotion, and unconditional love for this unique House during his tenure as Creative Director,” noted Marco Bizzarri, President and CEO of Gucci in the same statement where Kering broke the news today.

François-Henri Pinault, Chairman & CEO of Kering echoed Bizzarri by stating: “The road that Gucci and Alessandro walked together over the past years is unique and will remain as an outstanding moment in the history of the House. I wish him a great next chapter in his creative journey.” Kering, the French multinational corporation manages luxury brands from Gucci, to Alexander McQueen, Saint Laurent, and Bottega Veneta. In 2021 the company had a revenue of $18.4 billion.

Time will tell what Michele will end up doing and who Gucci will get to take over the creative rains.