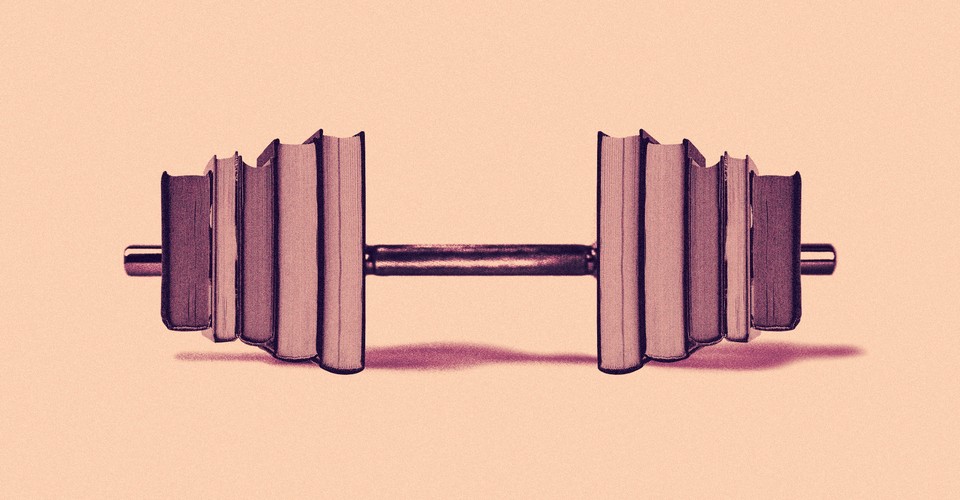 Reading and writing are exercise for the mind, but sometimes authors choose to train their attention on more literal forms of fitness. In her new book, Let’s Get Physical: How Women Discovered Exercise and Reshaped the World, Danielle Friedman explores how women’s relationship to fitness has evolved over the years. Working out is a source of power and strength, qualities women weren’t supposed to have very much of until recently, but also of shame and control. This dichotomy is exemplified in Jazzercise, created by Judi Sheppard Missett in the late 1960s. Missett conceived of the craze as a way for women to feel empowered, but it inevitably became wrapped up in the pursuit of thinness that pervades many women’s regimens.

On and off the page, writers have also grappled with their own feelings about exercise and how it affects their work. Alison Bechdel’s most recent memoir, The Secret to Superhuman Strength, traces her fitness journey from childhood to adulthood, exploring how she uses movement as a means to improve—and forget—herself. And the author Mohsin Hamid has talked about how a Haruki Murakami quote inspired him to start walking, which helped him finish a novel he had felt stuck on.

The predilection for walking has a long literary history that encompasses Kafka, Wordsworth, Baudelaire, and more. All of these writers used the practice, in part, to enhance their creative output, but the writer Michael LaPointe argues in The Atlantic that perhaps something is lost when walking becomes an avenue to increase productivity rather than just exercise for exercise’s sake. So go outside, take a nice long walk, and don’t worry if it doesn’t make you the next great American novelist.

For women, is exercise power?
“Power and strength, [Danielle Friedman] argues, are not simply figurative entities; they are physical attributes too, and progress for women means having the ability to exercise both.”

📚 Let’s Get Physical, by Danielle Friedman

📚 Building a Business With a Beat, by Judi Sheppard Missett

The dharma of working out
“[Alison] Bechdel bikes ferociously, she hikes ferociously; she does yoga and karate, Nordic skiing, Soloflex, spinning, Insanity training. Barely a fitness fad goes by that she doesn’t leap on, a craze that she isn’t crazed by.”

📚 The Secret to Superhuman Strength, by Alison Bechdel

Why Mohsin Hamid exercises, then writes
“Walking unlocked me. It’s like LSD. Or a library. It does things to you.”

The unbearable smugness of walking
“Like protesting, walking ought to be among the most democratic of activities. Look closely at the genre, though, and you’ll find that the writer-walker has a way of claiming a surprisingly exclusive status.”

About us: This week’s newsletter is written by Tori Latham. The book she can’t wait to discuss in her book club is Intimacies, by Katie Kitamura.