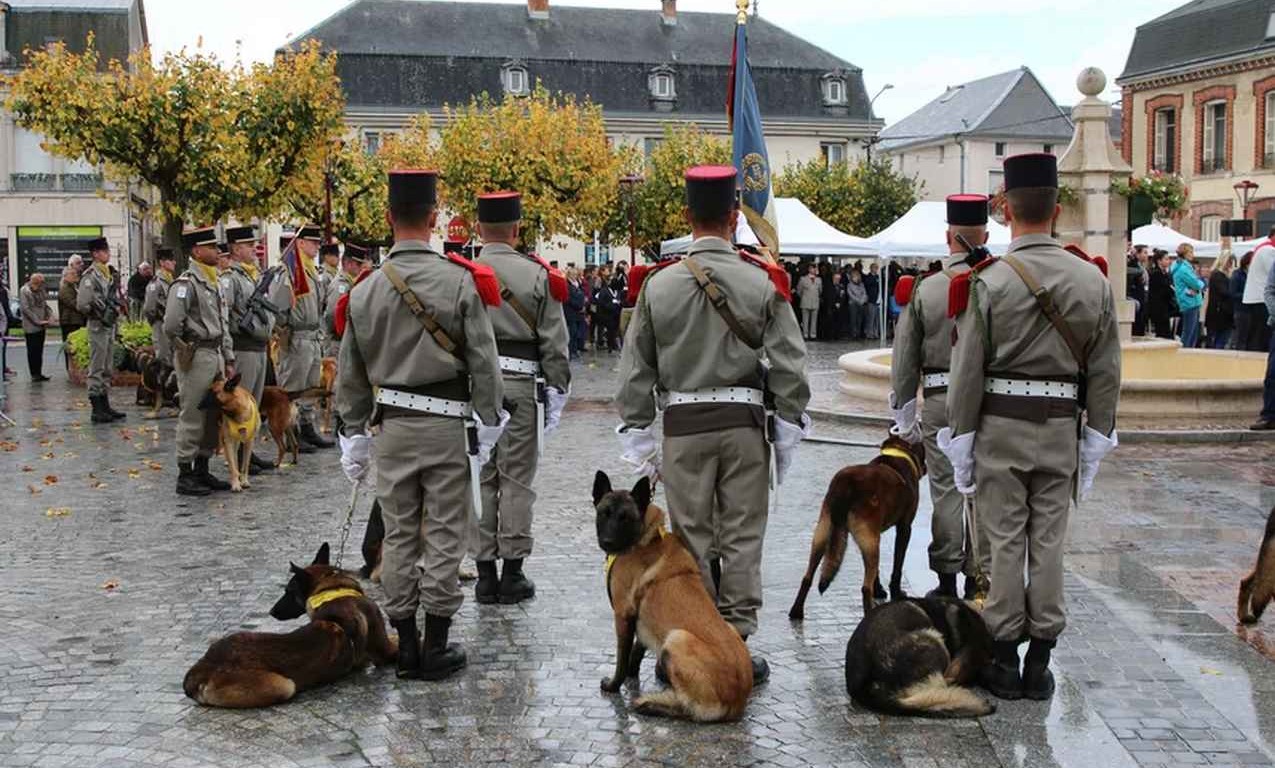 Many countries have monuments to their fallen soldiers, but the French have recently inaugurated a sort of “Tomb of the Unknown Canine,” to honor the contributions of dogs to the civil, police, and military service of the nation.

From lending their noses to counter-banditry operations across the Sahel, to tracking down the perpetrators of the 2015 Paris terrorist attacks, to rescuing people from buildings and the mountains, dogs have every right to be considered just as heroic as the officers and soldiers leading them in these endeavors.

At the end of 2018, when the centenary of the end of the First World War was celebrated, France’s national kennel club, Centrale Canine, had expressed its desire to erect a work paying tribute to hero dogs who also participated, alongside their masters, to military operations.

To this end, they enlisted the help of French-Colombian sculpture Milthon depicting a WWI solder and a dog huddled together.

Located at the crossroads of the sites of Verdun and the town of Suippes, an area that saw extremely heavy fighting in the First World War, it represented a location that was all the more symbolic as it is home to the 132nd infantry regiment, who have been training French military dogs for 45 years.

RELATED: Watch Therapy Dogs Surprise National Guard Troops in Washington, D.C. Who May Be Missing Their Own Pets

Many representatives of the armed forces were able to attend the inauguration ceremony, including General Elrick Irastorza, former Chief of Staff of the Army who agreed to be the sponsor of the memorial.

In WWI, dogs were used to deliver messages and supplies, and seek out wounded soldiers in No Man’s Land, and whether on purpose or not, contributed vital moral support to men in the trenches.

“It’s very important [recognition] because dogs, like human beings, carry out missions, but we don’t ask them for their opinion. So to me, it’s fair to give them back a medal,” Johann, an adjutant in a combat unit, told AP, reporting on the news.

The inauguration saw a squadron of military dogs stand alongside their trainers wearing their military medals.

SIMILAR: These Specially-Trained Dogs Have Saved 45 Rhinos From Poachers in South Africa—And Counting

Many of the breeds are German or Belgian shepherds—animals that can withstand cold, heat, exhaustion, and stressful situations. The trainers work with them, mostly through their olfactory capabilities, to locate wounded soldiers, detect mines, improvised bombs, and other explosives, and track extremist groups across the North African Sahel once upon a time in places like Mali.

There were no treats, jokes, or puppy-dog talk at the inauguration, it was a serious ceremony with a serious atmosphere under a steel-grey sky in Suippes, a fine testament to the honor, value, and esteem those assembled on two legs had for those on four.