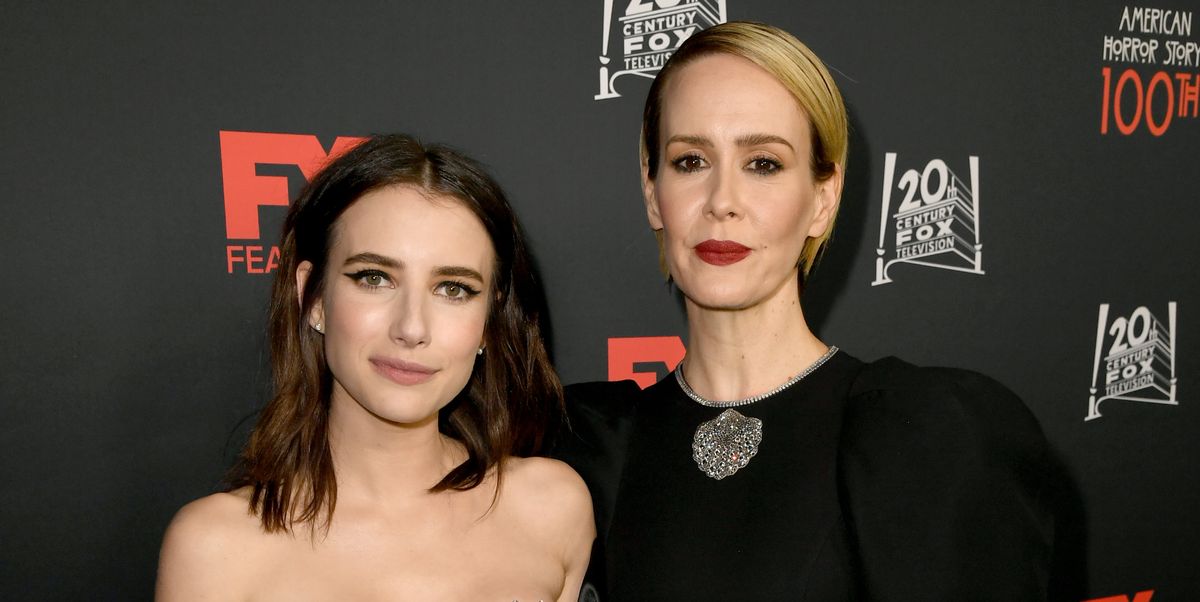 Talking about the next season of American Horror Story is kind of like talking about Christmas after Halloween: You are legally allowed to do it the second it’s over. Okay, there aren’t technically any laws about either of these things, but it has been a very long few months without the spooky anthology series.

Naturally, the internet is out here theorizing every little detail of season 10 ahead of its premiere on Wednesday. So let’s examine everything we know so far, including the surprising “split” twist.

While fans thought the brand-new season of AHS would premiere in 2020, unfortunately that wasn’t the case. But fear not (or…fear a lot?) because American Horror Story comes back on August 25 with not one, but TWO new episodes!

But if you miss the AHS premiere, you can stream it

While Hulu is already home to past seasons of American Horror Story, it’ll also be your go-to for new season 10 episodes. Beginning in March 2020, Hulu became the official streaming home to FX Networks, meaning new episodes of your fave series are available to stream right after they air on actual television.

The theme is super unusual, even for American Horror Story

Leave it to AHS mastermind Ryan Murphy to have a multifaceted plan! At the American Horror Story 100th episode celebration, the showrunner mentioned the penultimate episode of 1984 contained a massive hint about the theme of season 10, and yeah, we all missed it!

As the video above suggests, season 10 is actually split into two sets of episodes…which means AHS premiere features two episodes, not one.

The cast is set, and it’s star-studded

Murphy revealed the AHS season 10 cast members in an eerie beachfront Instagram video back in February 2021. The most surprising actor? Macaulay Culkin! What a wild card.

In an interview with TV Guide last year, Sarah Paulson spoke about how difficult it was not being in season 9 of AHS. “It’s hard to not be a part of it. I would love to [return for season 10]. I need to be a part of it again,” she said. She also talked about how she missed working with longtime costar and fellow AHS vet Evan Peters. “I would like to do something with Evan [Peters]. I miss Evan and I miss acting with Evan. So I’d love to have that experience again. If he’ll come back, I’m back,” she commented.

Let’s ask a serious question: Will season 10 be the end of AHS?

Absolutely not! Can you imagine life without new seasons of American Horror Story? I don’t want to. Deadline confirmed that FX ordered another three seasons after 10 wraps. “The Disney-owned cable network has ordered installments 11, 12, and 13 of the series from 20th Century Fox Television. The deal was announced by John Landgraf, chairman of FX Networks and FX Productions, at the Winter TCA press tour.”

Here’s to hoping it runs as long as Law and Order: SVU.