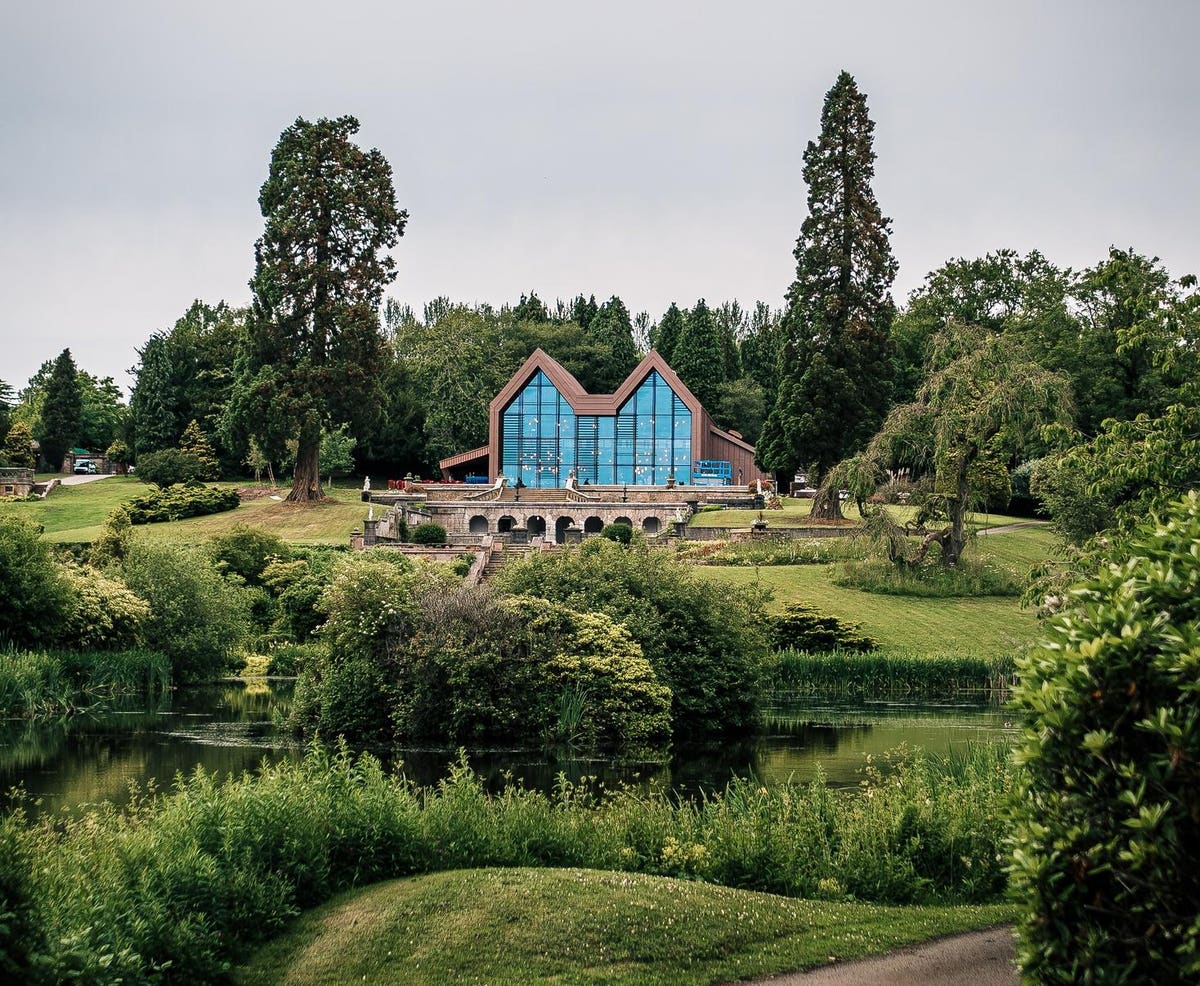 Social media has spoiled fun. It’s so rare these days that we experience somewhere or try something and it’s better than advertised. Instagram-filtered meals and views have distorted both our realities and expectations—the result being that often by the time we actually get to participate, the reality falls flat against the promise.

The Tawny in Staffordshire U.K. does not have that problem. Few English country hotels can boast the undulating hills, pristine lakes and unaffected woodlands of this new property. The saying location, location, location comes to mind.

Set on 70 acres of greenery, the estate dates back to 1246, but it wasn’t until the 20th century that the gardens took shape, transforming into the haven they are now. There are no shortage of hidden corners for picnics or inquisitive walks. And amid the five ponds, you will have no trouble spotting geese, ducks, moorhens, herons and more.

Owned by two couples who grew up in the area, Fran and William Scott-Moncrieff and Ben and Sarah Reeves have a genuine connection and appreciation for the property. After watching it fall into disrepair in more recent years, today each element of the renovation and restoration of this property has been considered.

There are 55 shepherd’s huts, treehouses and boathouses spread across the grounds, but the way the buildings spill into the landscape you’d be hard pressed to count each one.

All the rooms have king-sized beds, en-suites with showers, and the expected hotel extras such as bathrobes, coffee machines and high-end toiletries. Equally, the complimentary mini-bars are a welcomed perk.

The treehouse and boathouse rooms have freestanding tubs front-and-centre in their sitting rooms and rustic outdoor showers on each adjoining terrace. There are also complimentary yoga mats, in case a downward dog looking out from the endless windows interests you. But the activity that seems to appeal most often is simply stretching out with a book or a podcast and enjoying the sense of calm, or perhaps duetting with a passing starling or a wood-warbler.

There are two restaurants on site, both housed within an elegant and contemporary-looking glass-front building overlooking the entire estate. The more casual Feather Lounge serves inventive pizzas—like the caprese with prosciutto, bocconcini cheese, Sicilian tomatoes, wild rocket and fresh basil, or the roasted butternut squash and three cheese with stilton, mascarpone and parmesan. There are also well-proportioned sharing boards and Spanish-inspired tapas items, including calamari, gambas pil pil, and crispy cauliflower.

The Plumicorn restaurant—which takes its name from the word describing the tuft of feathers atop an owl’s head—has been designed to impress. Executive chef Chris Alexander describes his culinary style as “simple with a twist.” And the ever-changing menu features the best-of when it comes to local produce. Favourite dishes include the yellowfin tuna tartare, served with an egg yolk, pickled onion and wasabi; the salmon, served unexpectedly with hazelnut, truffle and mushrooms; and the dark- and white- chocolate “wood”—which is basically a posh chocolate cigar. Water in both the rooms and the restaurants comes in glass bottles and is filtered on site.

When it comes to extracurriculars, there is a heated outdoor swimming pool; a well-stocked games room; and bicycles available on loan. There is also a little spa offering a handful of massage styles and a signature facial, open every day except Sundays.

But more than any pre-booked treatments or ping pong rallies, The Tawny is a place to relax and disconnect. Explore the grounds, sit on the grass, and gaze up at the stars in the pitch-black sky.