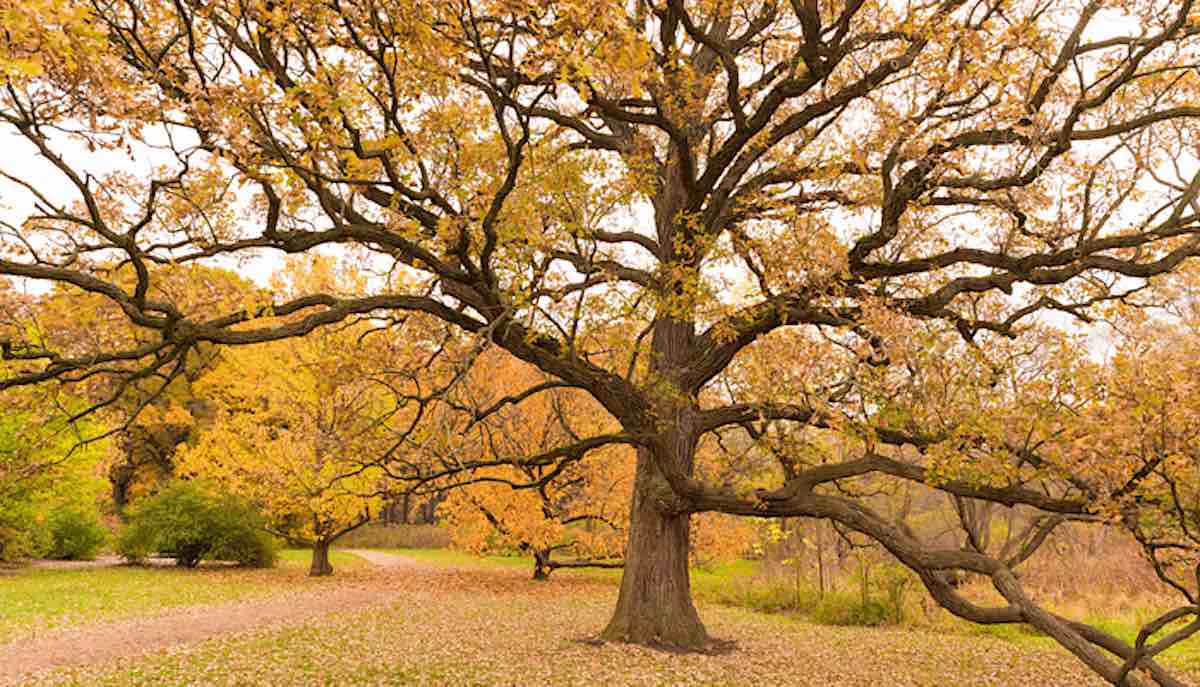 New research suggests that ancient trees possess far more than an awe-inspiring presence. They provide a suite of ecological services to forests, as well as sustaining the entire tree population’s ability to adapt to a rapidly changing environment.

In the February edition of Nature Plants, Chuck Cannon, PhD, director of The Morton Arboretum’s Center for Tree Science in Lisle, Illinois, reported that old and ancient trees (often more than 10 to 20 times older than nearby trees) radically change the overall genetic diversity and composition fitness of their surrounding populations.

Collaborating with scientists at Tuscia University in Italy and the University of Barcelona in Spain, he said the findings also indicate that these trees contribute evolutionary properties to forests that are vital to their long-term survival.

“We examined the demographic patterns that emerge from old-growth forests over thousands of years, and a very small proportion of trees emerge as life-history ‘lottery winners’ that reach far higher ages that bridge environmental cycles that span centuries,” said Cannon.

“In our models, these rare, ancient trees prove to be vital to a forest’s long-term adaptive capacity, substantially broadening the temporal span of the population’s overall genetic diversity.”

LOOK: Refugees in Cameroon Have Turned a Treeless Desert Camp Into a Thriving Forest

These trees, which comprise less than 1% of a population, given model conditions, contribute a vitally important amount of genetic and biological diversity to a forest’s overall population, documenting a broad range of historical environmental conditions that span hundreds or even a thousand years.

To put it simply, according to the authors, ancient trees have survived countless environmental changes over hundreds or thousands of years, and in turn, this genetic resilience is passed on to the forest. Moreover, these old trees sequester a disproportionate amount of carbon compared to typical mature trees.

RELATED: Hedgerows Are 2,000 Times More Valuable For Ecosystems Than We Could Imagine

The authors report that the death of ancient trees is more a random product of their environment rather than a predictable process.

According to the study, the researchers found in their models that the maximum age that trees could reach was particularly sensitive to the lower range of observed mortality rates. However, at higher mortality rates, like those that might be seen as resulting from climate changes, the ability of trees to reach the same impressive ages is limited.

“As the climate changes, it is likely that mortality rates in trees will increase, and it will become increasingly difficult for ancient trees to emerge in forests,” said the Morton Arboretum botanist.

The authors note that while forest restoration and tree planting efforts are important tools to improve both local and global environments, ancient trees cannot be recovered or regenerated without many centuries and generations of trees passing.

RELATED: Italy is Protecting its Giant Trees Forever – Monumental Trees that Can Live for Centuries

“This study recalls the urgent need for a global strategy to conserve biodiversity, not only by preserving intact forests, but in particular the small remnant of a few ancient trees that have survived in managed forest landscapes,” concludes Gianluca Piovesan, a co-researcher at the Department of Ecological and Biological Sciences in the Università Tuscia, in Viterbo, Italy.

SHARE The Magical Properties of Ancient Trees on Social Media…