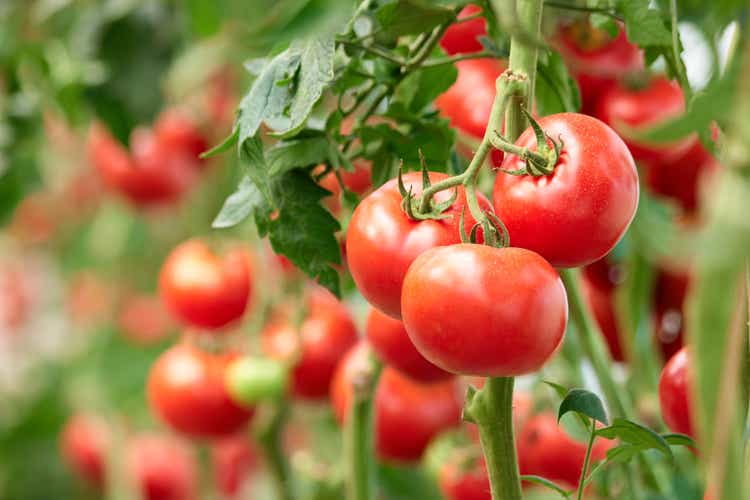 AppHarvest (NASDAQ:APPH) faces material uncertainty with pertinent cash burn now set against a weakening balance sheet. The Kentucky-based company had a simple mission when it went public; bring large-scale commercial tomato production to Appalachia. This would build a domestic supply chain for the food item that would not only wrestle back some control from Mexico but improve US food security. The importance of embedding greater resiliency into the food supply chain for food retailers has been laid bare with Russia’s invasion of Ukraine and the corresponding surge in prices for fertilizer and food. Made in USA is an increasingly important part of the post-pandemic economic reconstruction zeitgeist and AppHarvest aimed to form part of the food production layer of this macro story.

How did it all go so wrong? The company’s go-public SPAC transaction was greeted with so much enthusiasm, hope, and euphoria even. Its common shares would spike above $35 and AppHarvest would garner news coverage from CNBC to Bloomberg. The underlying theme from this period remains the same. AppHarvest is building the future of food production hence the company stands to generate significant value for itself and its shareholders on the back of good execution.

Bulls would be right to say that the operational outlook from a CapEx perspective is bullish. The company started commercial shipments from its new 15-acre Berea Salad Greens farm last month as the construction of its other facility is progressing for what will become a 165-acre four-farm network. This is likely the largest simultaneous controlled environment agriculture buildout in the United States and should see AppHarvest diversify its food production to include salad greens, berries, and cucumbers. Set against this, bulls would like to believe the decline of the commons has been more reflective of the risk-off investment environment we’ve all experienced year-to-date.

Liquidity Is Under Siege From Cash Burn

AppHarvest last reported earnings for its fiscal 2022 third quarter saw revenue come in at $520,000, a decline of 3.7% over the year-ago quarter and a miss of $88,000 on consensus estimates. This was a low revenue period with its flagship Morehead facility largely offline to allow for replanting ahead of the next growing season.

The core takeaway was the downward revision of its full fiscal year 2022 net sales outlook to be between $14 million and $17 million, down $6.6 million versus a prior outlook of between $20 million and $25 million. However, the company could still outperform a consensus of $14.2 million. This revision was because of construction delays affecting the timing of commercial shipments from its Berea and Somerset facilities. The 30-acre Somerset facility opened two weeks ago and is set to grow cucumbers as well as nearly one million strawberries for around eight months a year.

AppHarvest now has three fully operational farms with this rising to four once the 60-acre Richmond facility comes online by December. The company should be able to grow around 1.5 million tomato plants next year at any one time. This should hopefully see current anemic revenues surge higher. Critically, management should be commended for being able to hit their expansion plans against the broader torrid capital market conditions.

The company’s cash and equivalents declined sequentially to $36.2 million from $51 million. This was on the back of negative free cash flow during the quarter of $57.45 million with capital expenditure to bring its new facilities online forming the majority of this figure. AppHarvest expects to spend between $85 million to $95 million over the next two quarters for the completion of its remaining projects. The company has around $25 million remaining on its credit facilities and still has an at-the-market facility to lean on. This brought in $1.4 million during the third quarter.

There is a material gap in existing liquidity and guided capital expenditure. This gap also does not include cash required for operating expenses. Hence, AppHarvest faces a very uncertain future just as management’s vision to become one of the largest companies of its type in North America reaches fruition. Controlled environment agriculture still stands to fundamentally revolutionize the future of food and the USA is in the very early stages of this. Indeed, Europe is estimated to have nearly 520,000 acres of controlled environment agriculture production versus an estimated 6,000 acres in the US.

The success of AppHarvest will be important to enhance the sustainability of a food supply chain that has often disregarded the environment among many other vices. Hence, I continue to have a wait-and-see approach to AppHarvest’s common shares. There needs to be more clarity around how the runway will be expanded as the company enters a new business stage.