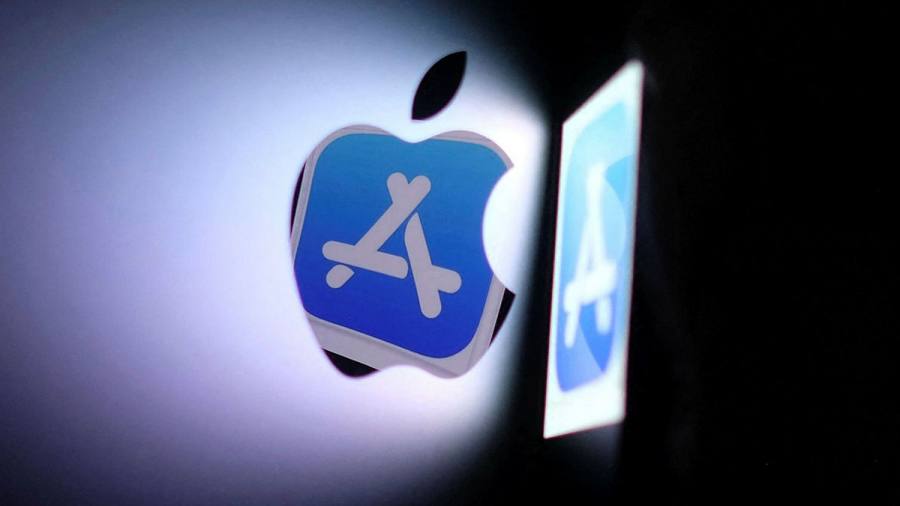 Apple has become the first company to hit a market capitalisation of $3tn, after its value rose by $1tn in less than 16 months as the coronavirus pandemic turbocharged Big Tech.

The iPhone maker became a $1tn company in August 2018 and two years later became the first company to be valued at $2tn. On Monday, shares in the company rose by 3 per cent to $182.86, taking it past the latest milestone, before easing back to trade at $182.

Apple briefly lost its title as the world’s most valuable company to Microsoft at the end of October. However, a strong rally in November restored its crown. It then surged higher into the end of 2021, and has added half a trillion dollars to its market value since November 15.

Only a handful of companies are worth more than $1tn, including Tesla and Amazon. Google parent Alphabet and oil group Saudi Aramco are valued at about $2tn, while Microsoft’s market value is roughly $2.5tn.

Apple’s stock climbed more than 30 per cent in 2021 as it deftly navigated the supply chain crisis and benefited from extra demand during the pandemic for iPhones, Macs and iPads as customers upgraded their home offices.

The stock jumped early in December after analysts at Morgan Stanley increased their 12-month price target to $200, arguing that investors had not yet priced in the expected launch of augmented and virtual reality devices.

Moody’s also upgraded Apple to triple-A in December, making it only the third triple-A company assessed by the rating agency, alongside Microsoft and Johnson & Johnson. S&P Global still rates Apple at AA+, one notch below AAA.

Tom Forte, analyst at DA Davidson, said investor enthusiasm for Tesla and electric vehicles was also spilling over into Apple’s stock, on the hopes that the iPhone maker will enter the car industry in the next few years.

There has also been heavy activity around Apple in the derivative markets, as traders wagered that the stock would keep rising.

Apple’s market value has now grown by almost $2.7tn in a decade under Tim Cook’s leadership, a feat that surprised critics who questioned his credentials after he took over from Steve Jobs.

Cook’s success has since been built on his behind-the-scenes ability to manage supply chains and sell products in huge numbers, while warding off regulatory and political threats in Washington, Brussels and Beijing.

“Cook was seen as a safe but rather conservative bet,” said Ben Wood, chief analyst at CCS Insight. “But what he’s delivered is nothing short of astonishing. He has made the iPhone franchise the most lucrative item of consumer electronics in history.”

Morgan Stanley analyst Katy Huberty noted that Apple’s stock price had increased about 500 per cent over the past five years alone, outperforming the S&P 500, which had gained about 105 per cent over the same period.

As a result Apple now trades at a historically high price-to-earnings ratio above 30, up from a three-year average of 23.4, according to DA Davidson.

But few analysts believe the stock is in bubble territory. Of the 45 analysts who cover Apple, 35 rate it a buy and two deem it a sell, according to Bloomberg.

The bullish outlook reflects how Apple has been revalued by Wall Street to account for its ballooning, high-margin services business that has delivered recurring revenues and severed its dependence on iPhone replacement cycles.

Apple, which earned more than $1bn of revenue a day in the financial year that ended in September, now has 745m paying subscribers to an ever-growing array of services including music streaming, on-demand video and fitness, and warranty coverage.

In the past year its services business accounted for nearly $70bn of revenue, double that of four years ago. In the previous quarter, margins at the unit reached a record-high 70.5 per cent, more than double the margin on hardware sales, according to Evercore ISI.

Among the biggest risks to Apple and its stock price is that the pillars of the services business get upended by policy changes.

Legislators in Washington have raised questions about the estimated $8bn-$12bn payment each year that Alphabet gives for having Google Search as the default on its devices, while others have targeted the Apple App Store’s business model of taking a 15-30 per cent cut on some transactions.

So far, Apple has emerged relatively unscathed. In the US, Epic Games sued it last year for allegedly operating an illegal monopoly, but Epic lost on nine of 10 counts. When Apple appealed the one loss, a higher court granted its request and postponed the lower court’s order to open up the App Store to rival payment platforms.

Meanwhile, Apple has also diversified its hardware offerings substantially into AirPods, Apple Watches and other accessories.

Huberty noted that the market for “wearables” like the Apple Watch hardly existed in 2014, but now is a “$38bn business — the size of a Fortune 120 company”.