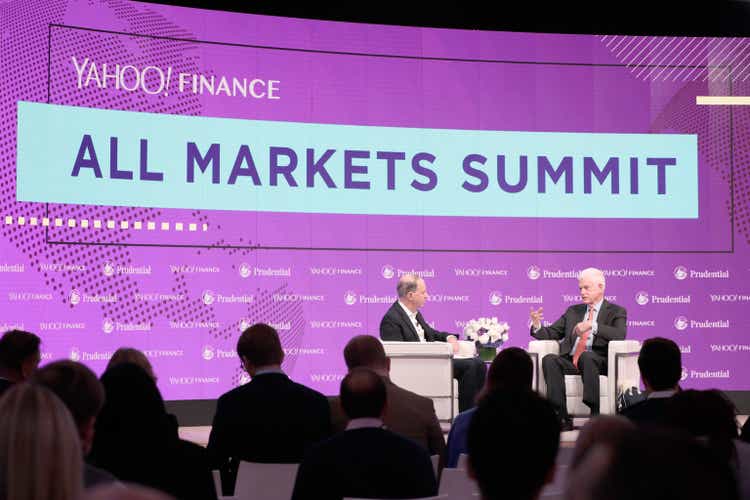 Associated Capital Group (NYSE:AC) is an opportunity to invest alongside Mario Gabelli, who owns ~85% of the company, at 92 cents on the dollar. The current price gives no value to the growing merger arbitrage hedge fund inside AC, the company’s own investments that should compound over time, or the free optionality on all of AC’s future ventures and products. The company understands that there is a gap between price and value and has been slowly buying back stock.

Associated Capital Group is an asset manager with $1.8B in assets under management (or AUM) and is primarily involved in merger arbitrage (~$1.6B of AUM). Based on the recent 10-K, the goal of the merger arbitrage fund is to “earn absolute positive returns” and has “compounded net annual returns of 7.4% with 35 of 37 positive years”. The breakdown of AUM (as of March 31, 2022) was:

Associated Capital was originally spun off from GAMCO Investors (GBL). As John Huber wrote in his article on AC back in 2016:

Why does AC Exist?

Well-known investment manager Mario Gabelli of GAMCO Investors (GBL) decided that the market wasn’t giving his company credit for the value of the sizable excess cash and investments that GBL held on its balance sheet. So he decided to create a new company, stuff it with the excess cash and investments among a few other assets (as well as an operating business), and spin it off from GAMCO. The result is an under-followed, thinly traded company called Associated Capital. Gabelli, who owns a majority stake in GAMCO, has kept his pro rata share of AC and he owns roughly 74% of the outstanding shares (18.9 million shares of the 25.4 million total shares outstanding).

AC had an institutional research business (Morgan Group Holding Co.), but it was spun off in August 2020.

Not included in the calculation was the management fees that AC earns from managing the $1.8B pool of capital. They earn an asset-based advisory fee of 1-1.5% per year, which is based on AUM. They also earn a performance-based advisory fee, which is 20% of the investment performance. They earned $20.5M in investment advisory and incentive fees in 2021 (and $18.3M in 2020). The fees earned aren’t enough to cover expenses (~$30-40M), but over time as AUM grows larger, I could see the fee-related earnings (or FRE) stream become more significant.

Well-known investor Mario Gabelli owns ~18.8M shares, which comes out to around ~85% ($686M). In addition, Horizon Kinetics Asset Management, another well-known value firm (and personal favorite of mine), owns ~1.2M shares or ~5.5%. As for insider buying, there haven’t been any insider transactions in the last 2 years, but Gabelli was buying a decent amount between December 2018 and April of 2020 in the range of $26-$36.

AC represents an interesting opportunity to invest alongside Mario Gabelli, who owns ~85% of the company and is a savvy investor who understands capital allocation, at 90 cents on the dollar. Although not a downright bargain, the current valuation does not consider the embedded options AC offers; optionality on the AUM growth of its merger arbitrage funds, the compounding of AC’s book value over time and the future ventures AC will launch or participate in. In addition, the company has been buying back stock over time, which should help close the gap between price and value.

Based on the analysis above, I recommend a long position in AC for the conservative investor with a holding period of a few years.