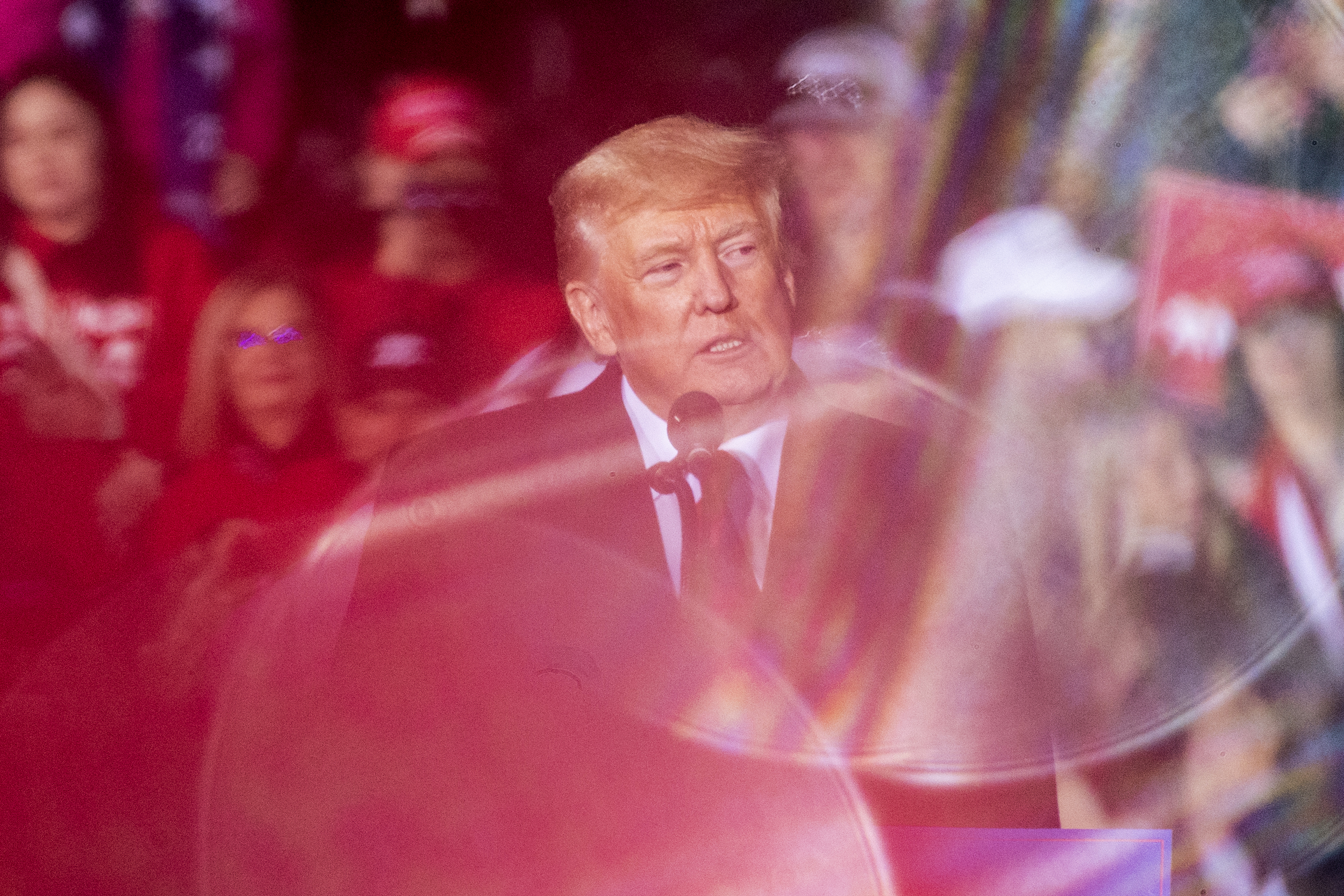 SALT LAKE CITY — At every turn, Republican activists who met here over the past week preached the need for unity.

“When Republicans come together, we win,” the Republican National Committee chairwoman, Ronna McDaniel, said Friday at the party’s general session.

But even before members could hop on planes to fly home, the party seemed to be defined more by its glaring divisions than any shared goals. The main point of tension: Donald Trump.

Both publicly and privately, some members bristled over the former president’s fixation on the election he lost rather than the upcoming midterm races that will determine control of Congress. While the party’s leadership has pledged to stay neutral, the RNC took positions that catered to Trump’s grievances and aggressively avenged a congressional investigation that is looking into his role in last year’s attack on the Capitol.

The committee overwhelmingly approved a resolution that censured two Republican members of the House committee investigating the Jan. 6 riot: Liz Cheney of Wyoming and Adam Kinzinger of Illinois. It also signaled that it would soon move to prohibit a future GOP presidential nominee from participating in debates sanctioned by the Commission on Presidential Debates, a target of Trump’s ire during the 2020 presidential cycle.

“Restoring faith in our elections also means making sure our candidate can compete on a level playing field,” McDaniel said. “And that starts by withdrawing from the biased Commission on Presidential Debates.”

Both initiatives were led by Trump ally David Bossie, a national committeeman from Maryland.

The actions left some questioning whether McDaniel, hand-picked by Trump in 2016, could truly be independent when it comes to the former president. She pledged as much when she successfully ran for re-election last year.

“That was a big reason why she ran,” said William Palatucci, an RNC member from New Jersey. “She said, ‘Listen, I’m the best person to stand up for him and make sure we’re neutral.’ And it just hasn’t turned out that way. It’s disappointing.”

Any pro-Trump bias on the part of RNC leaders could produce a backlash. Many well-known Republicans have indicated that if Trump runs, they’ll stay on the sidelines. But as his national popularity remains low, he could draw challengers. RNC members who spoke with NBC News said they expected three to six or more candidates in the race, regardless of whether Trump runs.

Among the possibilities is former Vice President Mike Pence, who broke decisively with Trump in a speech Friday, declaring that “President Trump is wrong” in thinking he could have overturned President Joe Biden’s victory by refusing to certify the election results. (Trump fired back: “I was right and everyone knows it.”)

“I think it’s going to be wide open,” Peter Feaman, an RNC national committeeman from Florida, said of 2024.

Ben Proto, the chairman of the Connecticut GOP, voted against the censure, although he said he understood the sentiment behind it. He defended McDaniel.

In speeches Friday, McDaniel and other RNC leaders roundly assailed Biden and hyped new investments the party was making to attract voters in Democratic strongholds. Trump’s name didn’t come up. But his outsize presence in the party colored the entire proceedings.

The censure resolution was advanced in a way that maximized its chance of passage — combined with other resolutions and passed by a voice vote rather than in a roll call that would put individual members on record about where they stand. But the measure’s wording faced immediate criticism from within the party.

One line described Cheney and Kinzinger as “participating in a Democrat-led persecution of ordinary citizens engaged in legitimate political discourse” in their roles on the House committee investigating the attack on the Capitol. RNC members later claimed that that referred not to the violence at the Capitol but instead to people subpoenaed by the commission who didn’t take part in the attack.

Still, the document made no such distinction, and a number of Republicans condemned the party for appearing to exonerate the mob that attacked police and stormed the building.

Marc Short, a longtime Pence adviser, said Sunday on NBC’s “Meet the Press”: “From my front-row seat, I did not see a lot of legitimate political discourse.”

Sen. Lisa Murkowski, R-Alaska, who also voted to convict Trump at his impeachment trial, tweeted: “We cannot deny the truth — to suggest it was ‘legitimate political discourse’ is just wrong.”

And Rep. Don Young, R-Alaska, tweeted: “What transpired” during the Capitol riot “was criminal, un-American, and cannot be considered legitimate protest.”

McDaniel didn’t speak in favor of the resolution as she presided over the vote. But she released a statement afterward saying “Liz Cheney and Adam Kinzinger crossed a line.”

“They chose to join Nancy Pelosi in a Democrat-led persecution of ordinary citizens who engaged in legitimate political discourse that had nothing to do with the violence at the Capitol,” she said.

Trump was quick to gloat. In a statement Saturday, he commended McDaniel and the RNC “on their great ruling in censuring Liz Cheney and Cryin’ Adam Kinzinger.”

“The Republican Party would be far better off without them,” Trump said.

Speaking to NBC News after the vote, Bossie argued that the resolution wasn’t about Trump.

“It has nothing to do with anything but what Cheney and Kinzinger chose to do, which is to be Pelosi puppets,” he said.

While party insiders might be at odds over Trump, the rank and file continue to support him.

Surveys indicate that most Republican voters see Biden’s presidency as illegitimate, although a substantial majority of Americans disagree with Trump’s false insistence of a stolen election. Polling also finds Trump, fresh off announcing a $122 million war chest, as a clear favorite to win the 2024 nomination.

“I think what you’re seeing right now is there is some frustration, but at the same time, I think there’s a lot of people that are trying to unify the party,” said Paul Farrow, the Wisconsin GOP chairman. “I think what you saw with the [censure] is we’re letting those congressmen know they’ve got to be listening more than they’re speaking. And that’s what we’re hoping happens.”