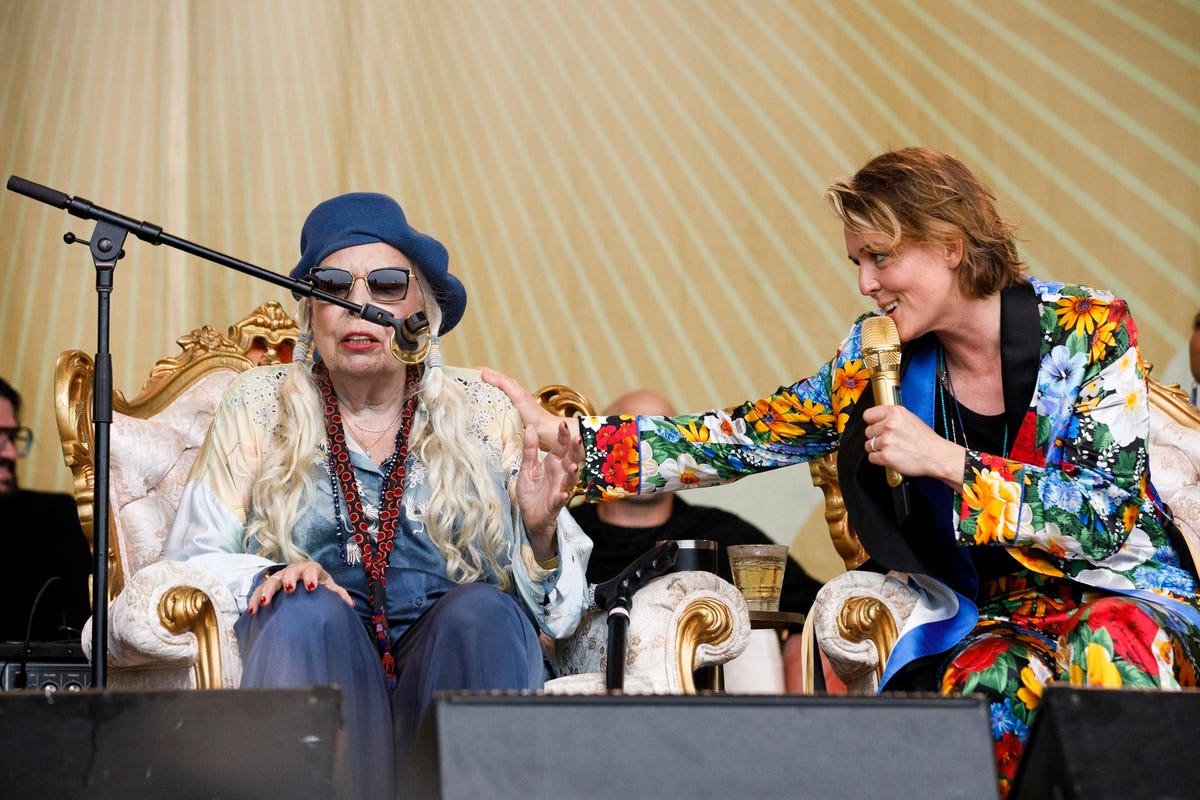 Discovering music you love should always take you back to being 15. It should resurrect the passion and discovery of finding songs that open your mind and world. My favorite music in 2022 brought about exactly that youthful enthusiasm.

Whether it was Noah Cyrus’ brilliant The Hardest Part, my album of the year, or my 2023 artist to watch, Sage Bava, both reminded me of the same feeling I got listening for the first time to Bruce Springsteen and The Afghan Whigs, two more of my best of 2022.

After two years of being mostly locked down due to COVID, 2022 saw a glut of live music, maybe too much, highlighted by brilliant tours from Kendrick Lamar, Kacey Musgraves, Harry Styles, My Chemical Romance and more. But the biggest tour of 2022 was without question Bad Bunny.

Album of the Year: Noah Cyrus, The Hardest Part

“When I turned 20, I was overcome/With the thought I might not turn 21,” Cyrus debut full-length album begins on “Noah (Stand Still).” And for the next 42 minutes, Cyrus delivers a heartfelt and profound meditation on everything from home and death to addiction. The Hardest Part is a masterpiece, one of those rare works that speaks to almost every part of the human condition with candor, thoughtfulness, depth and beauty. But what’s most striking about the collection is the stunning gentle simplicity. On a track like the powerful “Loretta’s Song,” Cyrus recognizes that the song’s strength comes from its simplicity. Like all great troubadours, from Bob Dylan and Joni Mitchell to John Lennon, Cyrus delivers her songs with ease and makes sure the message is heard clearly and eloquently.

Tour of the Year: Bad Bunny

Early in the year Bad Bunny was headlining arenas around the globe. Just a few months later he was selling out multiple nights at stadiums like L.A.’s Sofi Stadium, Las Vegas’ Allegiant Stadium, Houston’s Minute Maid Park and Yankee Stadium. That leap in one calendar year is incredibly rare, accomplished by artists celebrating the biggest albums of all time. U2 made the leap from indoor venues to outdoor venues during The Joshua Tree tour. And Springsteen did it for Born In The U.S.A. That is how big Bad Bunny was in 2022 and why no tour was more aptly named than his “The World’s Hottest Tour.”

Good Time Album of the Year: Bruce Springsteen, Only The Strong Survive

As I said when I recently reviewed Springsteen’s collection of soul covers, sometimes you see artists, as they get older, worry less about what the world thinks and just say, “F**k it, I’m gonna have fun.” As Chris Isaak so eloquently explained to me in a recent conversation, having had hits he has the freedom to explore creatively. Well, you could argue outside of Paul McCartney no one has less to prove musically than Springsteen. And that vibe permeates every engaging, playful, joyous moment of Only The Strong Survive. Not only is the album a blast, it’s a tremendous window into Springsteen’s fun-loving side, which bodes really well for his upcoming 2023 tour.

If you look at Bava’s Instagram the most recent video is her leading a combo in a rocking and joyful cover of Duke Ellington’s “It Don’t Mean A Thing (If It Ain’t Got That Swing).” To see a young singer with the depth of musical knowledge to bust out a jazz standard from 1931 is incredibly impressive. But what makes Bava such a unique talent is that she can move from jazz standards to rhythmic, melodic, world-flavored originals, like the stunning “Clean Away,” which will have its video premiere on FORBES in January. When you discover an artist that can be described as unique it is one of the most exciting feelings in music. Bava, blending jazz, theatrical and world, is very much her own special voice, one that like acts such as Fiona Apple and Tom Waits, is poised to chart her own path for years to come.

Wonderland has a great deal of the same qualities as Cyrus — an advanced wisdom, a musical daring, honesty and eclecticism. Her superb Loner album just told her intimate and revealing stories via electronic music. A gifted and daring voice, Wonderland, who is branching out soon with her Whyte Fang side project, continues to display the artistic vision for a compelling career for decades to come.

Whether it was on record, the brilliant Mr. Morale & The Big Steppers, or his sold-out arena tour, no artist in hip hop displayed the same fire and bravado as Lamar. As I said reviewing his L.A. show in September, Lamar is clearly driven by the quest for greatness. And in pushing himself the way great artists, from Prince to John Coltrane and David Bowie have before him, Lamar continues to hit incredible strides that put him among the very best of any musician in 2022, regardless of genre.

Conduit of the Year: Brandi Carlile

As a music lover, Carlile has proven to be the perfect bridge between contemporary music and the legends. She performed with Sir Elton John at his massive Dodger Stadium farewell show. But her major coup of course was pulling off the greatest return in years when she brought back the legendary Joni Mitchell for her first performance in years at the Newport Folk Festival. For that alone Carlile deserves special mention. But the reason Mitchell, John and others trust Carlile is her passion and dedication to music is equal to her immense talent.

Book of the Year: Anthems We Love

I have not written about the book I wrote, Anthems We Love: 29 Iconic Artists On The Songs That Shaped Our Lives, anywhere as of yet. But my reasoning for finally doing so is that, very simply, as a music fan I would be incredibly excited and geek out about any book that includes new interviews with the Temptations’ Otis Williams, U2, Brian Wilson, Carly Simon, Linda Ronstadt, Earth, Wind & Fire, KISS, Aerosmith and many more, as well as an incredible chapter penned by Tom Waits and Kathleen Brennan. So as a fan of all these incredible artists and songs I am incredibly proud of it and hope others are too.