Sam Bankman-Fried has told former FTX employees that excessive borrowing by his own trading firm Alameda Research was responsible for FTX’s demise, insisting he was unaware of the margin positions taken by the traders.

In a letter to former employees, the FTX founder wrote that he “did not realise the full extent of the margin position, nor did I realise the magnitude of the risk posed by a hyper-correlated crash”.

FTX typically allowed clients to borrow money in order to amp up their bets on cryptocurrencies. But that practice allowed Alameda to take extra-large positions, which Bankman-Fried claimed he failed to monitor.

According to the letter, seen by the Financial Times, Alameda entered the crypto crash this spring having borrowed $2bn from FTX, which was backed by what it claimed was $60bn in collateral. But by the time Bankman-Fried’s cryptocurrency empire was collapsing, that borrowing had risen to $8bn and was backed by assets valued at only $9bn.

“I deeply regret my oversight failure . . . I lost track of the most important things in the commotion of company growth,” Bankman-Fried wrote.

The letter sent to employees of his companies gives the most detailed account yet by Bankman-Fried for how FTX collapsed from one of the best-known names in digital assets into bankruptcy in less than two weeks.

Earlier on Tuesday, lawyers for FTX’s new managers lambasted Bankman-Fried’s management of the crypto conglomerate, telling a US bankruptcy court in Delaware that the former billionaire ran his company as a “personal fiefdom” and that the group spent “substantial amounts of money” on items unrelated to the business such as vacation homes in the Bahamas. Previous bankruptcy filings have pointed to “misuse of customer funds”.

Bankman-Fried said the crash in token prices and the “drying up” of credit in digital asset markets after the collapse of stablecoin Terra this spring eroded Alameda’s collateral from roughly $60bn to $25bn.

The position worsened sharply in November due to a “hyper-correlated crash . . . over a very short period of time”, an apparent allusion to the fall in the price of FTX’s own crypto token FTT earlier this month after CoinDesk, a news service that covers digital currencies, revealed the central role it played in Alameda’s balance sheet. Rival crypto exchange Binance responded to the report by announcing plans to sell its stock of the coin. 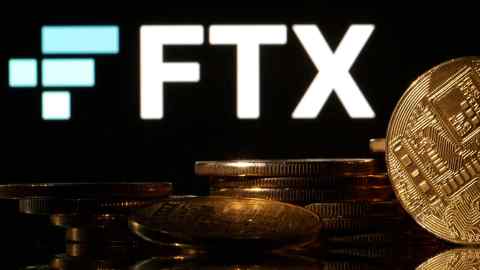 “As we frantically put everything together, it became clear that the position was larger than its display on admin/users, because of old [cash] deposits before FTX had bank accounts,” Bankman-Fried said.

Alameda’s assets included large investments in venture capital and crypto tokens that could not quickly be turned into cash.

Bankman-Fried said he regrets putting the entire crypto group into Chapter 11 bankruptcy, “even entities that were solvent”, and apologised to customers and his former staff.

“You were my family,” he wrote. “I’ve lost that, and our old home is an empty warehouse of monitors. When I turn around, there’s no one left to talk to.”