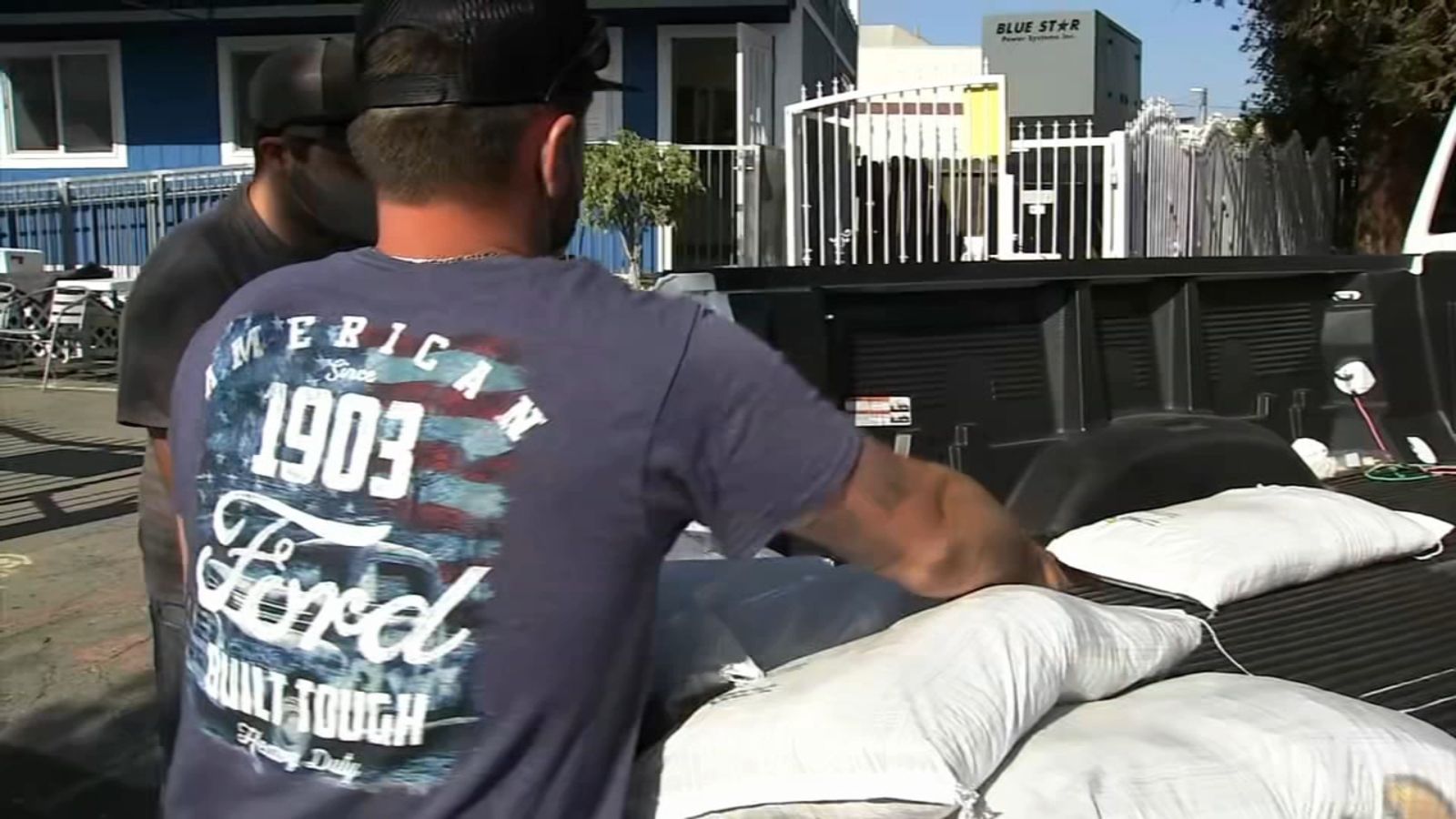 SAN RAFAEL, Calif. (KGO) — In the North Bay, people are getting storm ready for the rain which could bring flooding to some areas.

Sandbags were being delivered Friday to the Ritter Center in San Rafael, which provides meals and medical care to hundreds of families in need.

“We’re concerned the back of the pantry might be flooded,” said Ritter Center manager George Garcia.

Garcia says ahead of the weekend storm, a new sump pump has been installed even a huge generator is standing by in case the power fails.

“We’re trying to be more prepared than last time, last time it was epic and damaging to our services,” Garcia said.

During last October’s heavy rains, the center had two feet of floodwater inside its food pantry, it forced them to close for several weeks.

Clients like Patrick Tarason got free rain gear, to help him stay dry.

“I already have some rain pants, it will complete the ensemble,” said Tarason.

In Santa Rosa, a sandbag station on Stony Point Road is now open and ready. Lisa Warren was here hoping to keep the rain away from her house.

“I just had some demolition work done, now there is a slope, I want to put the sandbags near my house,” said Warren.

“This was just opened today as per the National Weather Service, they expected one to two inches of rain for this weather event,” said Lon Peterson, Santa Rosa spokesperson.

The Santa Rosa Fire Department is ready for the September storm, with a close eye on burn scar areas from the Glass Fire. Fire officials say the rain won’t be enough to get them out of fire season but it will temporarily ease fire danger.

“We expect some flooding and ponding, our eyes will be on scar areas to see how it reacts to this amount of rain,” said Santa Rosa Fire Marshal Paul Lowenthal.