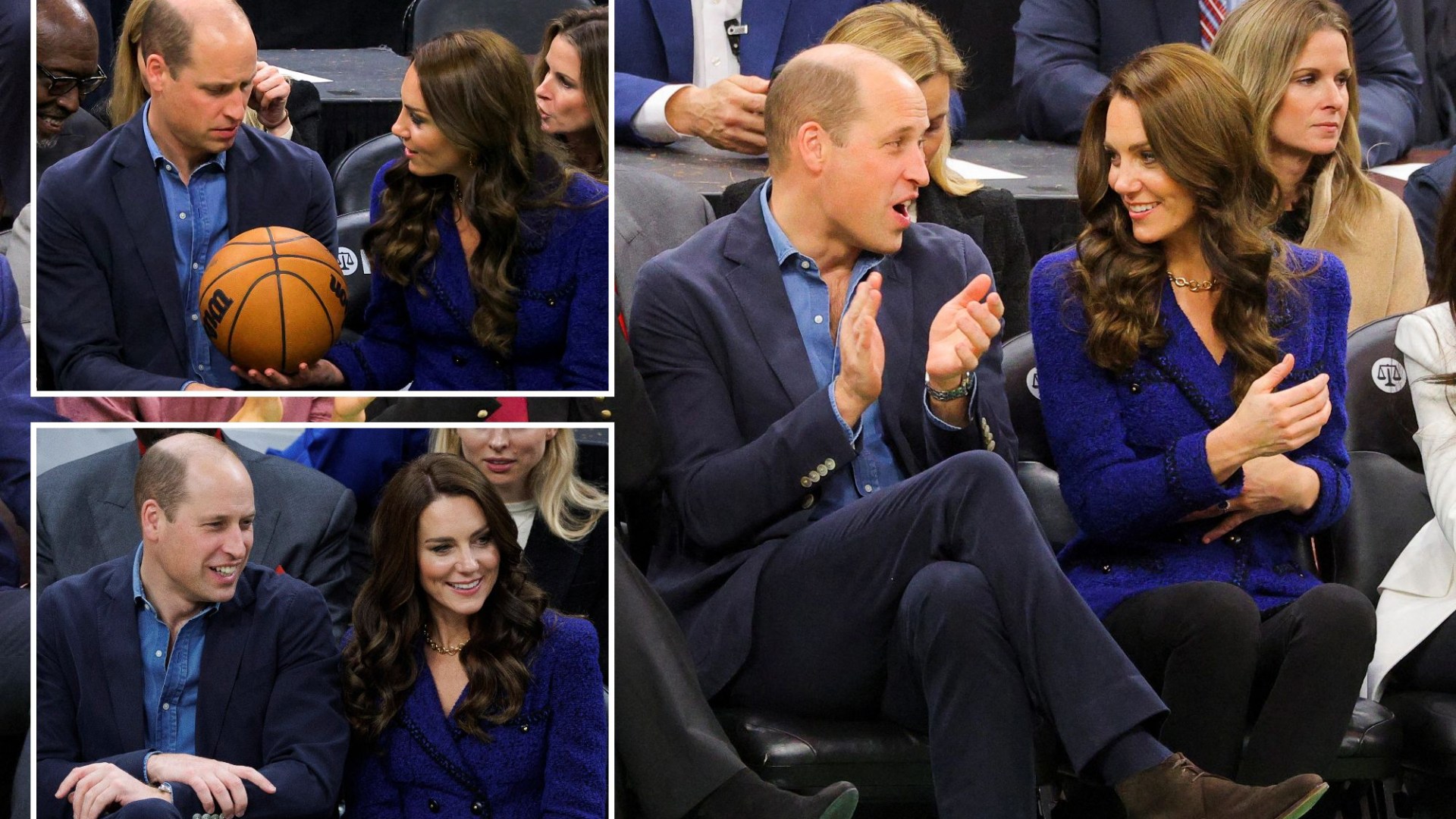 PRINCE William and Princess Kate beamed as they took their seats courtside for an NBA game at the start of their royal tour.

The couple jetted to Boston, US, on Wednesday to kick off a three-day whistle-stop trip – arriving to massive cheers from crowds.

After landing in the pouring rain, the Prince and Princess of Wales delighted fans by making a surprise appearance at the Boston Celtics clash against Miami Heat.

They grinned as they sat down beside Massachusetts Governor-Elect Maura Healey, Celtics star Thomas “Satch” Sanders, and the team’s two principal owners and their wives.

Wills was then snapped looking puzzled as Kate held a basketball and chatted to him.

The royal pair stood as the National Anthem played out at TD Gardens ahead of the match. 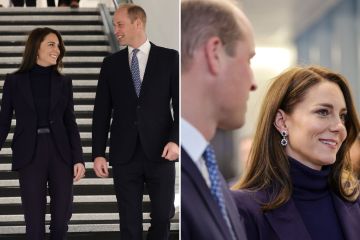 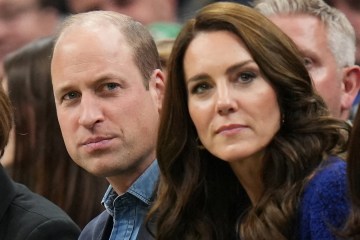 They were also pictured beaming as they took selfies with fellow spectators.

Kate, 40, stunned in a bright blue jacket and trousers, while Wills, also 40, wore a navy suit.

She earlier wowed in tartan Burberry dress, a coat by Alexander McQueen, and earrings by the sustainable brand Shyla London as they greeted fans outside City Hall.

Addressing the waiting crowds, Wills said: “Thank you to the hardy Bostonians for braving the rain.

“Catherine and I are absolutely delighted to be with you today, for our first engagement in the great city of Boston, as we start the count down to The Earthshot Prize Awards this Friday.”

The tour will culminate in Wills presenting the £50million Earthshot prize for contributions to environmentalism.

He added: “We cannot wait to celebrate The Earthshot Prize Finalists later on this week, and we are both looking forward to spending the next few days learning about the innovative ways the people of Massachusetts are tackling climate change.”

The royals were welcomed to the city by Boston Mayor Michelle Wu, the first Asian American to hold the role.

The three-day international trip is their first since becoming the Prince and Princess of Wales.

It culminates at the MGM Music Hall on December 2 for the Earthshot do, described by one insider as Wills’ “Super Bowl” moment.

It comes after Prince William’s team slammed his godmother after she resigned following a race storm at Buckingham Palace.

Kensington Palace said the ordeal was “really disappointing” and that it was “right” Lady Susan Hussey had stepped down.

Lady Susan, a pal of the late Queen, is said to have quizzed Ngozi Fulani over her nationality at a reception yesterday.