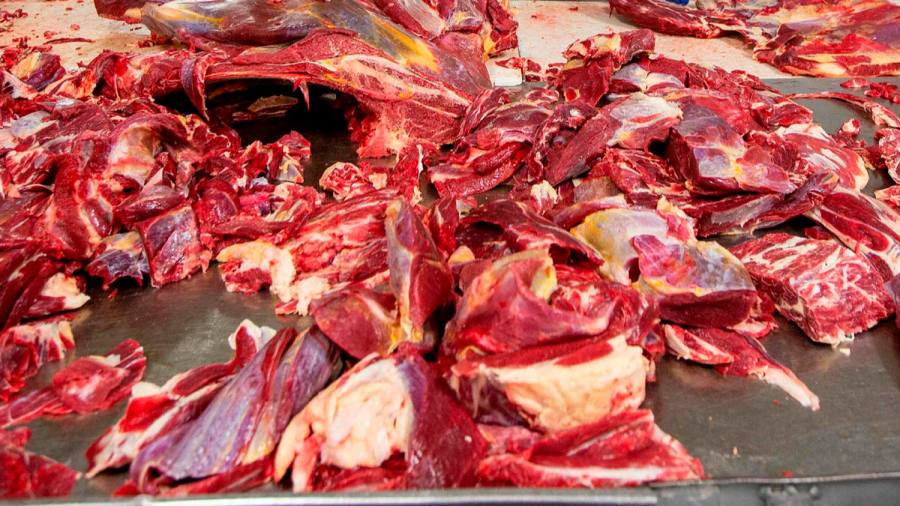 US president Joe Biden is launching a crackdown on the country’s largest meat producers, including a push for tighter “Made in America” labelling rules that could fuel tensions with US trading partners.

Biden’s push was announced by the White House on Monday, ahead of a planned meeting later in the day between the president and a group of independent and family-owned meat producers.

The Biden administration has singled out excessive market concentration in the US meat industry as a key source of vulnerability in the country’s food supply chain, and one of the causes of high inflation. The White House on Monday said just four companies controlled 85 per cent of the beef market, 70 per cent of the pork market, and 54 per cent of the poultry market.

“Even as farmers’ share of profits have dwindled, American consumers are paying more — with meat and poultry prices now the single largest contributor to the rising cost of food people consume at home,” the White House said. “And, when too few companies control such a large portion of the market, our food supply chains are susceptible to shocks,” it added.

The steps announced by Biden on Monday include financial incentives, including grants, to bolster capacity among independent meat processors, and measures to facilitate credit to smaller meat producers.

The White House also said it would press ahead with tighter labelling standards for “Made in America” meat products, which would hurt large producers and processors that rely on imports in their production process. This could fuel tensions with exporters of meat to the US who have often complained of barriers to access the US market.

“Under current labelling rules, meat can be labelled “Product of USA” if it is only processed here — including when meat is raised overseas and then merely processed into cuts of meat here. We believe this could make it hard for American consumers to know what they are getting,” the White House said on Monday.

The reforms will also include the creation of a new online portal by the US justice and agriculture departments to report competition law violations in the industry, in an effort to curb price-fixing in the sector. In November, the price index for meats rose 16 per cent compared with a year earlier, according to the Bureau of Labor Statistics, in contrast to a 6.8 per cent rise in the overall consumer price index.