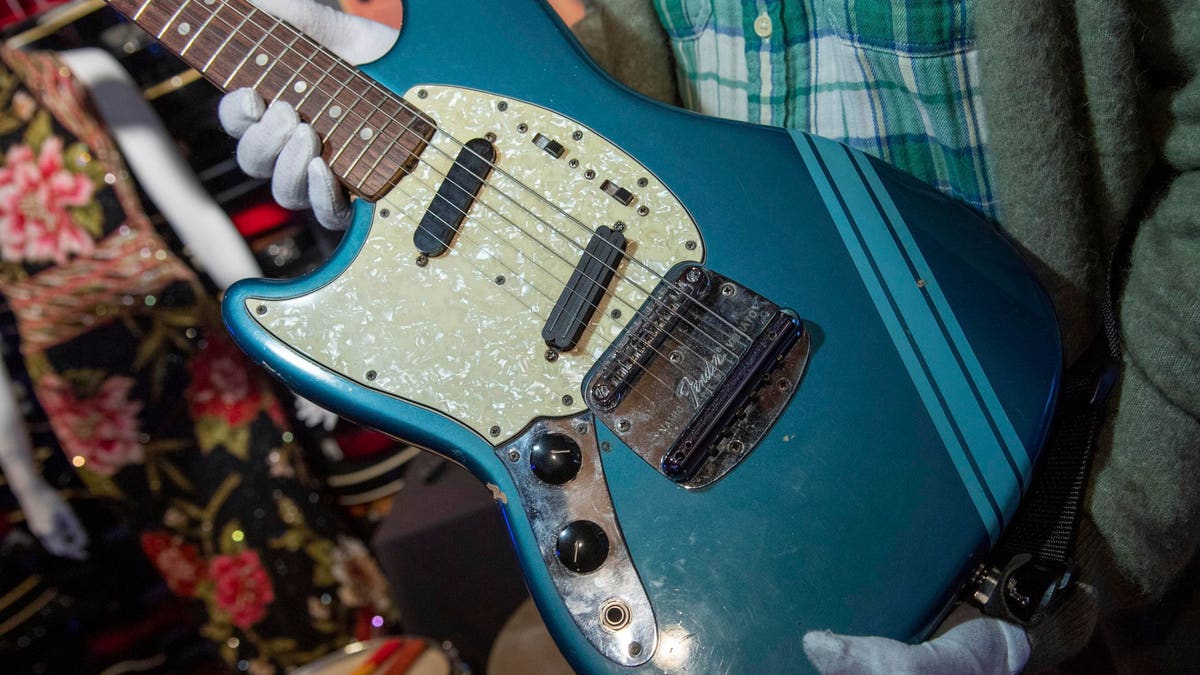 A guitar formerly owned by Nirvana frontman Kurt Cobain that was featured in the music video for the band’s hit song “Smells Like Teen Spirit” sold for $4.5 million on Sunday, after billionaire Indianapolis Colts owner Jim Irsay made the winning bid.

The 1969 left-handed Fender Mustang guitar—with the brand’s Competition Lake Placid blue finish with matching headstock—far surpassed expectations, after being estimated by Julien’s Auctions to sell for between $600,000 and $800,000.

Cobain played the guitar in Nirvana’s wildly popular 1991 video for “Smells Like Teen Spirit,” which shows a high school pep rally that develops into a chaotic mosh pit, helping drive the band’s album Nevermind to go gold within weeks of the video’s release.

A portion of the proceeds were donated by the Cobain family to Kicking the Stigma, the Irsay family’s initiative that raises awareness about mental health and offers grants to Indiana-area nonprofits, Irsay said in a tweet.

$6 million. That’s how much one of Kurt Cobain’s guitars—a Martin D-18E—sold for in 2020. It is the most expensive guitar ever sold at auction. Cobain played the Martin D-18E during Nirvana’s 1993 MTV Unplugged performance in New York, for which the band won a Grammy in 1995—marking one of the band’s last performances before Cobain’s death.

The guitar remained in Kurt Cobain’s family after the singer died by suicide in 1994, but it had been lent out for display at the Museum of Pop Culture in Seattle, Nirvana’s hometown, for the past 12 years. “Smells Like Teen Spirit” is credited with popularizing Nirvana and bringing the grunge genre as a whole into the mainstream. Last year, Rolling Stone ranked the song fifth on its list of the 500 Greatest Songs of All Time.