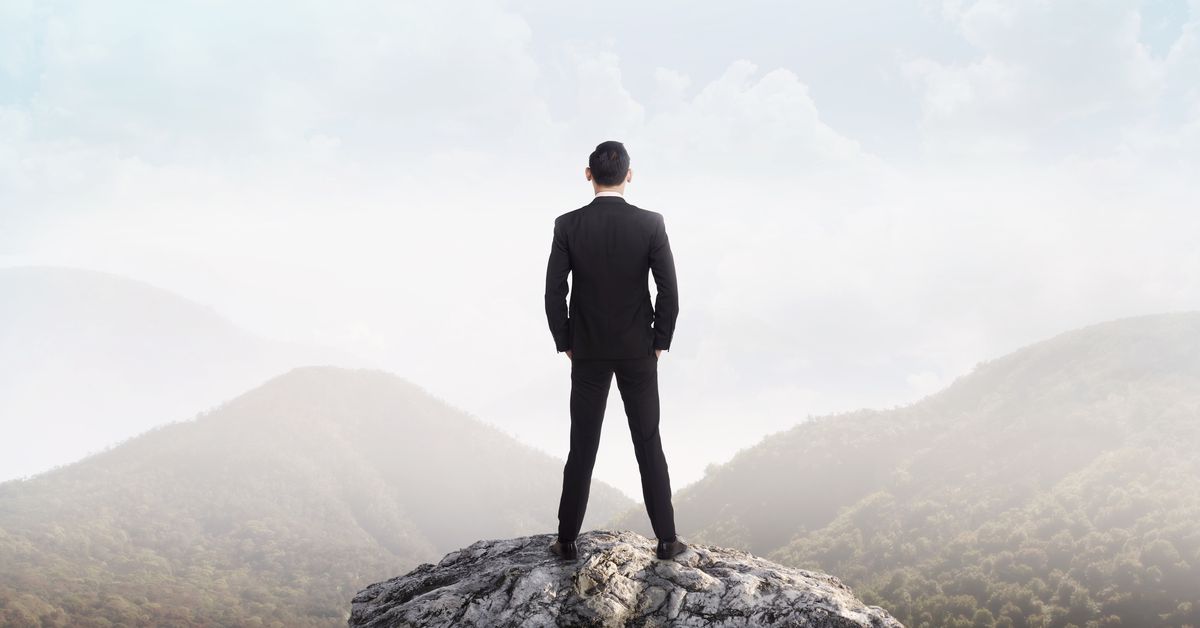 In 1984 — the book, not the year — the means by which the evil totalitarian regime “Big Brother” retains its power is through something called “doublethink.” It’s the practice of holding contradictory beliefs in tandem: “war is peace,” “freedom is slavery,” “ignorance is strength,” “2 + 2 = 5,” to use the book’s examples. It worked because when our minds — our sense of logic, our morality — become compromised, they’re easier to control.

Considering the events of the last several months, you could also interpret doublethink to mean things like “the metaverse is the future,” “people will pay millions of dollars for shitty art,” or “this crypto billionaire definitely has my best interests in mind.” It’s a trite reference, but it’s sort of the only one that makes sense. Somehow, somewhere along the way, the American public was duped into believing that these things could be true despite being, well, not.

On November 11, the 30-year-old CEO of the cryptocurrency exchange FTX, Sam Bankman-Fried, resigned after his firm filed for bankruptcy. Prior to its implosion, Bankman-Fried (colloquially referred to as SBF) was regarded as a boy genius in the crypto world, not only because of his billionaire status but because he was widely considered to be “one of the good ones,” someone who advocated for more government regulation of crypto and was a leader in the effective altruism space. Effective altruism (EA) is part philosophical movement, part subculture, but in general aims to create evidence-backed means of doing the most good for the most people. (Disclosure: This August, Bankman-Fried’s philanthropic family foundation, Building a Stronger Future, awarded Vox’s Future Perfect a grant for a 2023 reporting project. That project is now on pause.)

Instead, Bankman-Fried did the opposite: He tanked the savings of more than a million people and may have committed fraud. In a conversation with Vox’s Kelsey Piper, he essentially admitted that the do-gooder persona was all an act (“fuck regulators,” he wrote, and said that he “had to be” good at talking about ethics because of “this dumb game we woke westerners play where we say all the right shibboleths and so everyone likes us”).

In terms of corporate wrongdoing, the SBF disaster is arguably on par with Enron and Bernie Madoff. Here was a dude who marketed himself as a benevolent billionaire and convinced others to invest their money with him simply because he was worth $26 billion (at his peak). He partnered with celebrities like Tom Brady and Larry David to make crypto — a wildly risky investment that rests on shaky technology — seem like the only way forward. Both Brady and David, among several other famous people, are now being accused in a class-action suit of defrauding investors amid FTX’s collapse.

But there have been other examples of technological doublethink in recent history. Over the past year, Mark Zuckerberg has campaigned so hard for the mainstreaming of the “metaverse” that he changed the name of one of the world’s most powerful companies to reflect his ambitions. His metaverse, though, called Horizon, would end up looking like a less-fun version of The Sims, a game that came out in the year 2000 (but even Sims had legs). The strategy has not, as of publication time, paid off. The company lost $800 billion.

What’s ironic, though, is that anyone with eyeballs and a brain could have simply told Zuckerberg that Horizon is terrible. Not only is it ugly and functionally useless, it’s also expensive (VR headsets cost hundreds of dollars at minimum). People did, to be sure, tell him that — since its rollout, the platform has been widely mocked in the media and online — it’s just that Zuckerberg hasn’t listened.

There’s this thing in tech where entrepreneurs tell themselves that their job is to innovate. They are the builders, they say, charting the way forward for the next generation of rubes who will follow them, years late, into the future. But often what they are doing is following wherever the money is, wherever the godlike venture capitalists decide to turn on the spigot. They believe they can predict what’s coming simply because “that’s where the money is” and end up surprised when the money ends up in something totally pointless.

The most convincing argument I ever heard about Web3 is that “Well, that’s what all the smart people are working on.” Back in February, I attended a meetup for crypto-curious women at an expensive, trendy hotel bar where everyone was very cool and nice. The part that stuck out to me the most was when the organizer said into the mic, “Whether we like it or not, it’s happening.” The pitch was that because all of these finance bros were getting rich on crypto and NFTs, then maybe we could catch up to them.

What wasn’t said, but what I heard, and what I’ve always heard when someone explains Web3 to me, was: “Yeah, we know this all seems fucking stupid. We know that most NFT art sucks and the idea of anyone paying hundreds of thousands of dollars for it doesn’t make even a little bit of sense. We know that this whole system is basically a pyramid scheme and that it’s bad for the environment and that no one has ever really come up with a good use case for it. But that’s where the money is.”

I don’t think anybody that invested in crypto is an idiot; in fact, I believed the opposite. After attending the meetup I was convinced that enough people would buy into this kind of marketing out of fear and FOMO that in a few months’ time I’d be paying for my coffee in Ethereum. Sure, I couldn’t really understand what was so useful about crypto or DAOs or whatever, but these women seemed smart and normal and people were making a lot of money.

The problem is that engineering is pretty bad at teaching the fact that marketing doesn’t just mean TV commercials and pretty packages. NFTs weren’t marketed based on how cool they looked (which was: not at all). They were marketed by rich dudes, or supposedly rich dudes, who positioned themselves as the only ones who were smart enough to know where the world was going. “You think this is just a jpeg?” they seemed to ask. “Enjoy being poor.”

But any woman with a Facebook account could have informed them that this is precisely the strategy used by multi-level marketing companies shilling protein shakes and leggings. Every get-rich-quick scheme is an exercise in doublethink: “It might not make sense in any logical way you’re used to, but look at my new car! You could have one too!”

Did anyone really think that a billionaire could be benevolent? Did anyone think Horizon was the future? Did people think Elon Musk’s Twitter takeover was going to proceed in any normal way? Probably. We lie to ourselves all the time. In a world in which liberal arts colleges and humanitarian studies are increasingly demonized as “wokeism factories,” it’s the technologists who are made to seem like the rational ones. Those who criticize them end up seeming naive, or ignorant, or afraid of progress, so much so that sometimes, we end up believing it ourselves instead of believing our own eyes.

This column was first published in The Goods newsletter. Sign up here so you don’t miss the next one, plus get newsletter exclusives.