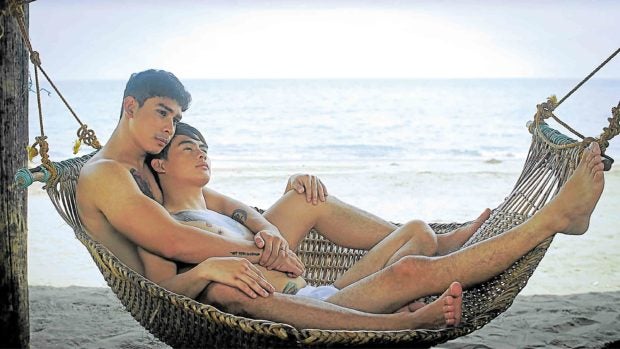 Viewers can’t always expect the characters they see onscreen to reflect the values they live by. Unfortunately, that simply isn’t how the world operates. If you expect art to mirror the world that exists around you, then be prepared to see characters that don’t act or think the way you do.

That, in a nutshell, is one of the things that has always drawn us to Brillante Ma Mendoza’s “far-from-prettified” festival darlings. Every choice his characters make is a risk, and there’s no guarantee they’d get out of the tricky situation unscathed or ride happily into the sunset.

While his oeuvre is more hits (“Kinatay,” “Kaleldo,” “Serbis,” “Ma’ Rosa,” “Mindanao”) than misses (“Sapi”) for us, these films often compel viewers to see the world degenerate into chaos, and it’s up to the characters in them to make life-changing decisions as soon as they hit some forks in the road.

Be that as it may, the Cannes-winning director is a filmmaker who refuses to rest on his laurels, as his latest films demonstrate. Consider: In “Resbak,” a petty motorcycle thief (Vince Rillon) is grudgingly thrust into a crime syndicate operated by corrupt politicians (Albie Casiño, Jay Manalo) masquerading as ideal public servants.

In “Gensan Punch,” a disabled Japanese boxer (Shogen) gets a new lease on his beleaguered boxing career when he banks on his experiences in Mindanao to push for acceptance. Their stories don’t always play out like fairy tales, but they always come off as scathing social commentaries about urgent issues that need to be addressed. How versatile can you get?

While we were a little underwhelmed by the way the storytelling wraps up its coruscating progression, it’s nonetheless refreshing to see a boy’s love (BL) tale attempting to go beyond the kwela but derivative route, managing to infuse some pertinent insights into the mining scourge wreaking havoc on the country’s marine life and the environment.

True, the movie has steamy moments between Vince and Paolo, but it doesn’t just sell the sizzle more than the steak. The lushly photographed film, courtesy of cinematographer Freidric Macapagal Cortez, captures the pristine beauty of Pola in Oriental Mindoro and its rich marine life, even as it underscores the very real dangers of man-made efforts solely aimed at profiting from it.

Making “Sisid” even more personal and intimate is the percolating sexual tension that quickly develops between its male lead characters, marine biologist Jason (Paolo) and his diving assistant Dennis (Vince). It soon drives a wedge between the men and their loved ones—who are forced to face the repercussions of their budding romance. But unlike recent exploitative films, “Sisid” dares to go beyond crass titillation.

Jason, with his cancer-stricken wife Abby (Kylie, who’s now taking on meatier roles in every new project assigned to her) in tow, goes to Pola to help assess, rehabilitate and preserve a fish sanctuary in one of the municipality’s 23 barangays called Tagumpay. Soon, however, Jason is drawn to the sensitive young man who is eager to share more than just fish tales and back rubs with him.

Jason has to come to terms with the impending death of his matchmaking sick wife, who wants their friend Blessie (pretty Mayton Eugenio, who deserves bigger, better roles) to look after him after she succumbs to cervical cancer.

Meanwhile, Dennis finds himself in a pickle when he gets his needy girlfriend Tanya (Christine Bermas) pregnant. But their personal woes only bring Jason and Dennis closer to each other, venting their frustrations by unraveling unexpected carnal desires.

It’s the sort of convolutions that could either intimidate or challenge any actor worth his thespic salt—and, despite occasional awkward dramatic moments, Paolo and Vince manage to live up to viewers’ expectations with convincing passion and aplomb.

For inexperienced actors, Mendoza and his films can be a tough row to hoe. He often allows his reliable actors to improvise and execute their scenes as they see fit, which often results in organically limbed portrayals that feel as real as they’re raw.

But therein lies the rub: When an actor feels tentative about his or her actions, or when he or she overacts out of the need to stand out, it shows. And this is where some of “Sisid’s” scenes could have benefited from its performers’ judiciousness and experience.

The objectives of Mendoza’s films are a little more deliberate. You know only too well that his is a style that hasn’t just brought him international acclaim, it’s a storytelling approach that he has long honed and perfected.

It may feel a wee bit slow for others, but it’s never as manipulative as some indies that think shocking or surprising its target audience is the best way to drive home a point.

Indeed, we’d love to watch more of Mendoza’s provocative films on Viva Entertainment’s streaming service and see how the famous director could continually navigate the fine line between indies and mainstream filmmaking.

“Sisid,” which had its world premiere last night, will be streamed on Vivamax beginning today. INQ