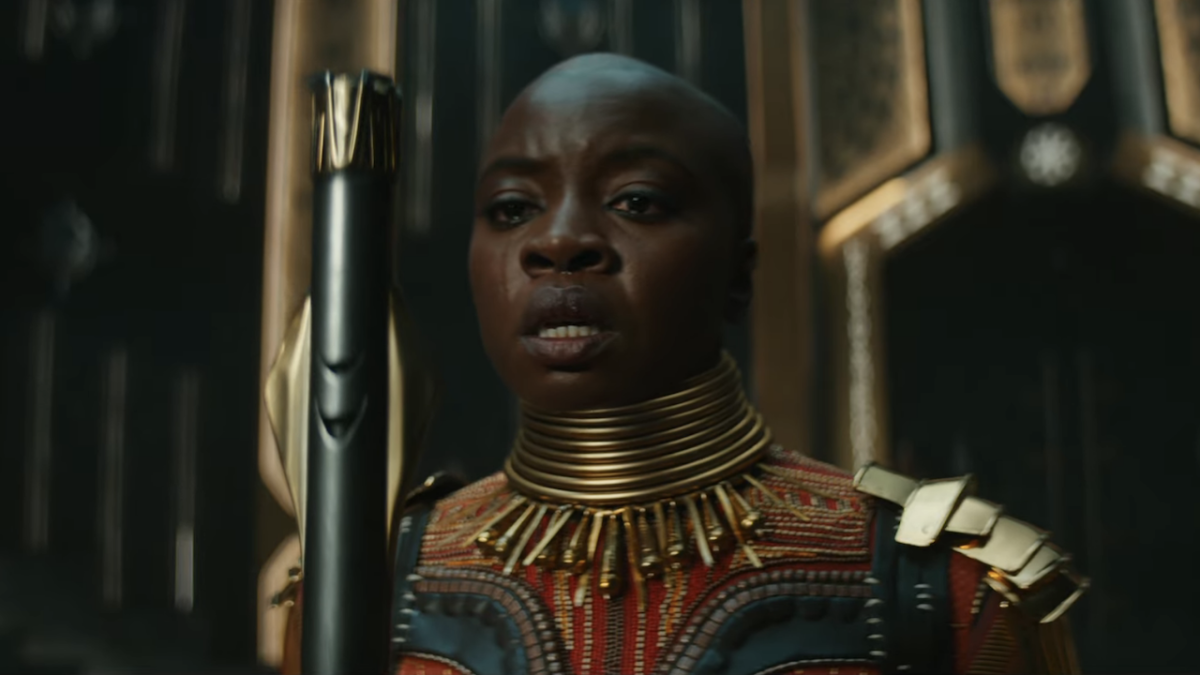 The Marvel Cinematic Universe is full of successful properties, but a few stand out as fan favorites. Black Panther was definitely in that category, and the sequel Wakanda Forever is one of the most hotly anticipated upcoming Marvel movies. The studio has been keeping the movie’s contents under wraps, but a new Black Panther 2 clip shows Okoye leading the Dora Milaje.

The Dora Milaje are an elite fighting force in Wakanda who serve the King. The group made a strong entrance in the first Black Panther movie, as well as The Falcon and The Winter Soldier. Fans are eager to see how they factor into the action of Wakanda Forever, as the nation prepares for war. A clip from the sequel recently made its way to YouTube, showing Danai Gurira’s Okoye alongside Florence Kasumba’s Ayo and Michaela Coel’s newcomer Aneka. Check it out below:

The Dora Milaje are back, and they’ve got some new blood involved. This clip shows how Okoye helps to lead that private army, who we all know have jurisdiction wherever they find themselves to be. And I’m curious to see how the Dora are changed throughout the course of Black Panther: Wakanda Forever, especially if this small clip is any indication to their story.

This video is short, but offers a glimpse at what type of plot lines will be happening throughout Black Panther: Wakanda Forever’s 161-minute runtime. The movie will follow as the titular fictional nation attempts to move on after the death of Chadwick Boseman’s T’Challa, in what will no doubt be a story of art imitating life given the actor’s passing. Afterall, Winston Duke spoke about how the late actor left a gaping hole in the set for the cast and crew. Smart money says plenty of fans will be rewatching the Marvel movies in order ahead of seeing this new sequel.

In the clip seen above, we’re introduced to a new character Aneka, played by Michaela Coel. While dispatching enemies with the Dora Milaje, she’s shown using some fancy daggers made by Shuri herself, rather than the Dora’s usual vibranium spear. Okoye takes umbrage with this choice, and tells her to stick to their traditional weapon.

Those familiar with the Marvel comics are expecting the Midnight Angels to appear during Black Panther: Wakanda Forever, especially as we’ve seen their signature suits in a few trailers for the movie. As a reminder, you can check out the latest full trailer below,

In the comics, the Midnight Angels are a subgroup of the Dora Milaje, and are an even more specialized group of warriors. It’s unclear how they’ll be used in the MCU, but smart money says that Aneka is going to factor into the plot point heavily.

Black Panther: Wakanda Forever will hit theaters on November 11th. In the meantime, check out the 2022 movie release dates to plan your next movie experience.