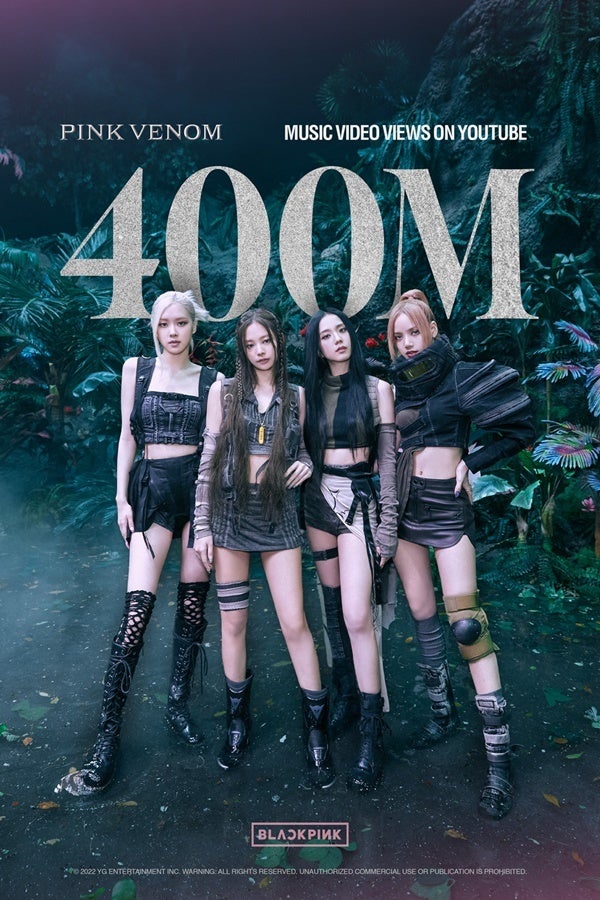 The music videos for Blackpink’s “Pink Venom” and “Shut Down” reached 400 million and 200 million views, respectively, on YouTube, according to label YG Entertainment on Wednesday.

The former is the prereleased single from its second studio album, “Born Pink,” which was fronted by the latter. The “Pink Venom” music video logged over 90 million views on the platform in 24 hours when it came out in August, and surpassed 100 million views in the shortest time for a K-pop girl group.

The group is currently touring the US as part of its international tour, its first in-person tour in four years.