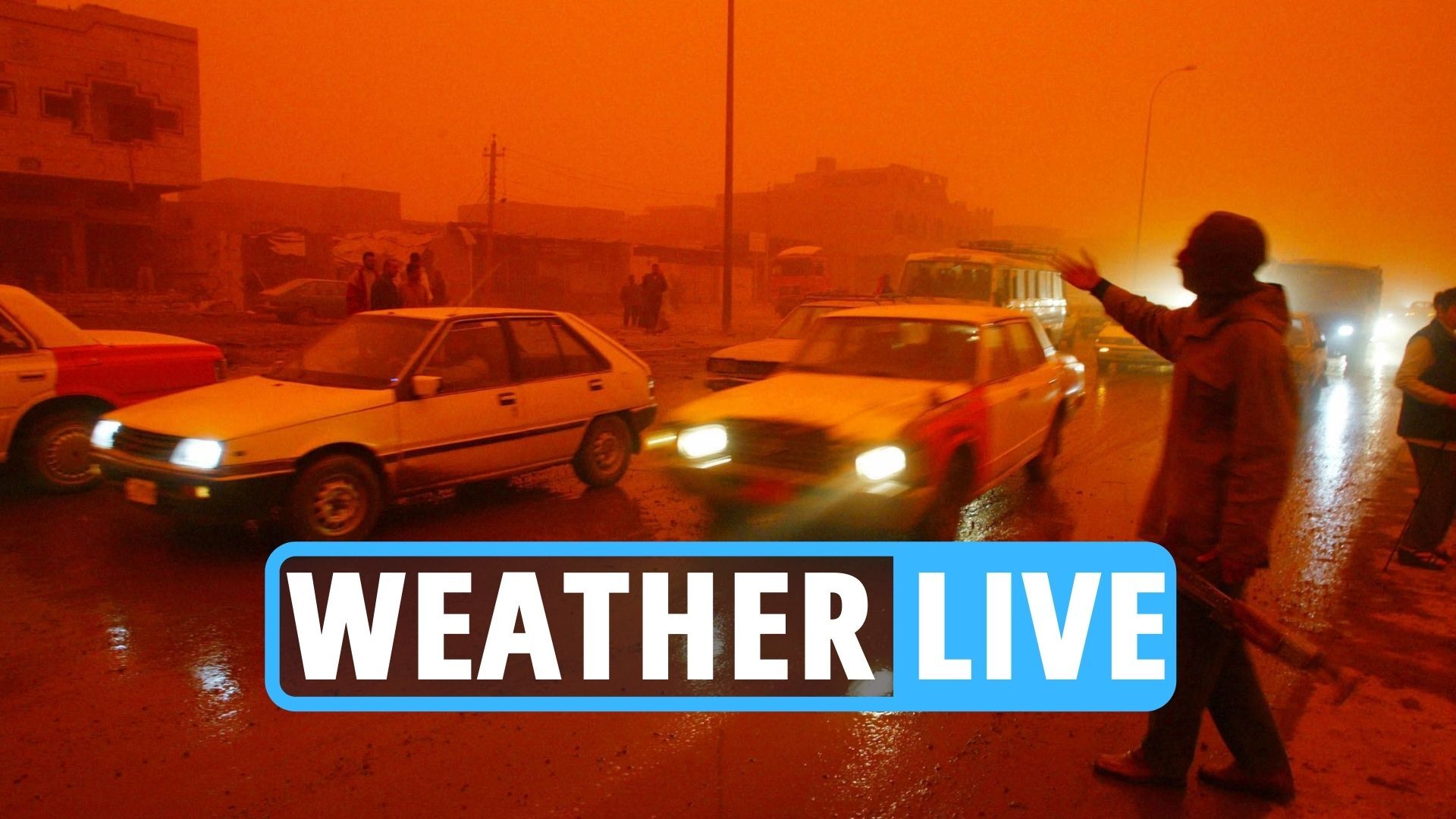 The UK may see ‘blood rain’ this week

The UK may see “blood rain” this week as heavy thunderstorms mix with a dust cloud, forecasters say.

Red or orange rain could fall in some parts of the country, as downpours, lightning, strong winds and hail move in.

According to the Met Office, “blood rain” occurs when relatively high concentrations of red coloured dust or particles get mixed with rain, giving it a red appearance as it falls.

A yellow thunderstorm warning has also been issued from Wednesday evening to the early hours of Thursday in the south-east, including London, saying people should expect to see disruption to travel.

It comes after Britons basked in the country’s hottest day of the year on Tuesday, after temperatures in the south-east peaked at 27.5C

Richard Miles, of the Met Office, told the PA news agency: “There are some dust concentrations in the atmosphere above the UK at present which might well be washed out in the rain tonight, but it’s likely to be relatively small amounts on the whole.

“There’s a warning out for thunderstorms for the south-eastern third of England tonight, and a squally cold front will bring wind and sometimes heavy rain to Northern Ireland and north west Scotland this evening.

“Away from these features it will be mostly fine and dry today and tomorrow, temperatures up to 23-24C in London and the South East, high teens or low 20s elsewhere.”