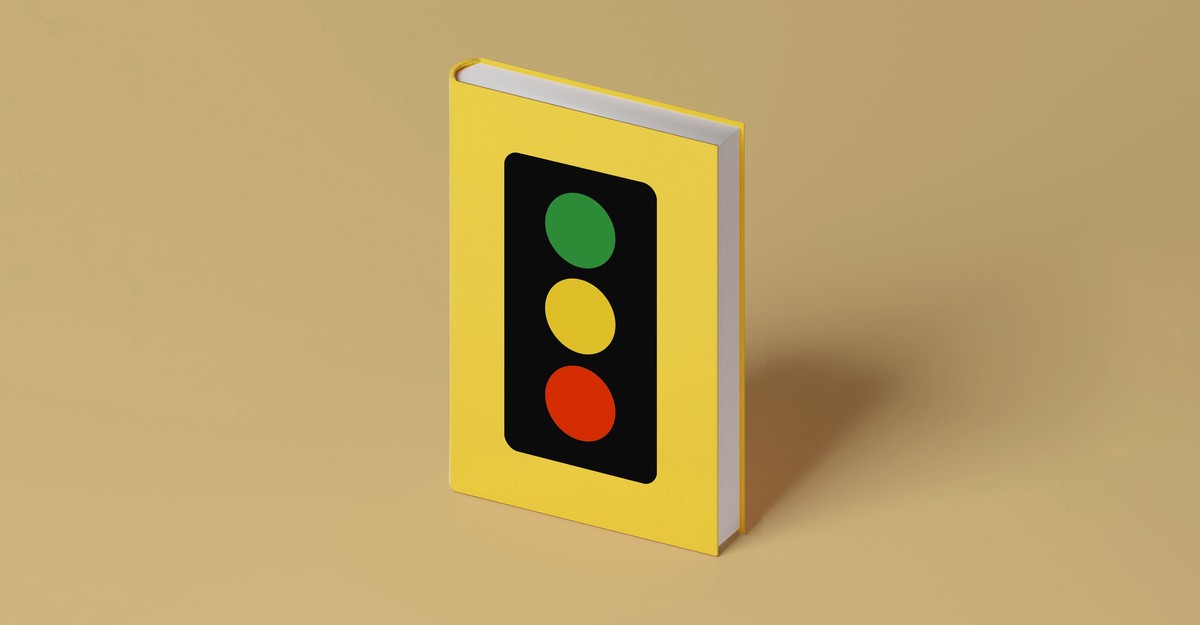 In an open letter that began circulating last week, more than 700 “members of the writing, publishing, and broader literary community” are urging Penguin Random House to cancel the publication of a forthcoming title by Amy Coney Barrett. Citing the conservative Supreme Court justice’s vote with the majority in Dobbs v. Jackson Women’s Health Organization, which overturned Roe v. Wade and declared that the Constitution affords no right to an abortion, the signatories argue that publishing Barrett’s book would put the publisher at odds with globally recognized human rights.

How striking a claim! In the nearly 50 years since Roe, the publishing industry has released books on both sides of the abortion debate. I’ve never seen anyone suggest that doing so violated international human rights––until now, when hundreds are signing on to that proposition (with regard to a book they cannot have read, the manuscript being incomplete).

Read: What comes after Roe?

This claim exemplifies a disturbing trend in American public discourse. Instead of having a straightforward argument about a proposition—such as whether abortion is moral or immoral, or whether it should be legal or illegal, or what compromises society should make about it—we keep getting bogged down in meta-arguments about whether even airing certain viewpoints is okay. Some participants in these debates concede that everyone has the right to speak, but they also urge private actors, such as publishers or universities, to refrain from spreading widely held yet supposedly discredited ideas. The open letter’s signatories seem to presume that abortion rights will be safe if cultural elites simply declare dissent illegitimate.

Although the letter explicitly targets only Barrett’s current publisher, the signatories include people from across the industry, and their argument implies that no one who cares about human rights should publish the book, regardless of their legal right to do so. “We care deeply about freedom of speech,” the letter declares. “We also believe it is imperative that publishers uphold their dedication to freedom of speech with a duty of care.”

What does that even mean?

Penguin Random House has held firm so far, consistent with the long-standing view that publishing material on all sides of a hotly contested political question is an exercise of human rights, not a violation of them. The company—which is reportedly paying Barrett $2 million for her book—clearly believes that the reading public will be interested in the justice’s work. And although a letter with 700-plus signatures is no lark, it represents a tiny fraction of publishing-industry professionals. Still, any effort to prevent a book from reaching a mass readership warrants scrutiny, whether the activists involved are trying to get a particular title banished from public schools and libraries or––more onerous for would-be readers––pulled from publication in the first place.

There have always been people who want to restrict the range of permissible debate, even when it means that the views of tens of millions of their fellow citizens would be deemed beyond the pale. This approach is incompatible with democracy. But how did so many in a traditionally liberal ideas industry come to regard a timely book on a perennially contested question as being immoral to publish? A close read of the open letter reveals both the radicalism of the standard put forth by the signatories and their apparent obliviousness to its implications.

Let’s consider the signatories’ argument in its strongest possible form. Bertelsmann, the conglomerate that owns Penguin Random House, declares in its code of conduct, “We are committed to the principles of the Universal Declaration of Human Rights and the United Nations’ Global Compact.” International human-rights organizations “widely recognize abortion access as a fundamental human right and have condemned the U.S. Supreme Court’s decision,” the letter asserts. It cites the organization Human Rights Watch, which has argued that “the human rights on which a right to abortion access is predicated are set out in the Universal Declaration of Human Rights.” Barrett voted to overturn Roe and will presumably defend that decision in her book. Therefore, the letter’s authors reason, moving forward with the book’s publication “places Bertelsmann and Penguin Random House both in direct conflict with their own Code of Conduct and in violation of international human rights.”

This is a question-begging mess. In Dobbs, the Supreme Court wasn’t deciding on the legality of abortion but whether the Constitution protects a right to it: The majority opinion doesn’t outlaw abortion; it returns abortion policy making to the states. And whether the Universal Declaration of Human Rights protects a right to abortion is as hotly contested as whether the Fourteenth Amendment protects a right to abortion––in fact, some abortion opponents argue that the Universal Declaration of Human Rights protects the right to life of fetuses, citing passages such as “everyone has the right to recognition everywhere as a person before the law.” What’s more, a publishing house can be committed to a principle and nevertheless print arguments that are in tension with that principle.

Despite all of this, some people in an industry of left-leaning creatives are trying to reverse the judgment of editors and stop a book’s publication via a lawyerly appeal to a conglomerate’s corporate rules.

But set all of that aside for the sake of argument. The most significant idea here, in my estimation, is proposing the Universal Declaration of Human Rights as a baseline standard for publishers, as if to say, Of course publishers should air diverse opinions—just none that would challenge human rights.

That notion is superficially seductive. After all, major publishers turn away most manuscripts by necessity, and almost no one would rule out rejecting a book on moral grounds. Even if a book arguing for the genocide of an ethnic minority could make back its advance, most people would object strenuously if Penguin Random House published it. So why isn’t the Universal Declaration of Human Rights a reasonable moral floor, especially for a publisher whose owners have long cited adherence to its values?

But imagine actually applying that standard. The declaration states that “everyone has the right to own property alone as well as in association with others”––a proposition starkly at odds with The Communist Manifesto, a book included in the Penguin Great Ideas series. Would the open letter’s authors sign on to canceling all books at odds with private-property rights?

The declaration also states that “no one shall be subjected to arbitrary interference with his privacy, family, home or correspondence, nor to attacks upon his honour and reputation.” Ken Auletta’s Hollywood Ending: Harvey Weinstein and the Culture of Silence (Penguin Random House 2022) attacks the honor and reputation of its subject. Readers, do any of you object?

Penguin Random House did not happen to publish Full Surrogacy Now: Feminism Against Family or Abolish the Family: A Manifesto for Care and Liberation by the academic Sophie Lewis. How many signatories would object if it had, given the declaration’s insistence that “the family is the natural and fundamental group unit of society and is entitled to protection by society and the State”?

Countless other works released by major publishers promulgate arguments that are starkly at odds with various parts of the declaration. If the open letter’s signatories start objecting to all such books, I will grant them points for consistency, but I will still believe that they have adopted a silly, unworkable, illiberal standard for deciding what can be ethically published. But if abortion opponents are the only people whose arguments are targeted in this way, I’ll regard the letter’s argument as tendentious, motivated reasoning, however earnest.

“The decision to publish a book should not be construed as an endorsement of the views of the author or subject,” the literary organization PEN America declared in its statement on the Barrett controversy. “Editors should play a role in raising tough questions in preparing a book for publication to ensure that work serves the public interest in terms of thoroughness and veracity.”

PEN America has it right, and fortunately, the authors of the open letter likely won’t get their way. But the document remains a cautionary example of an argumentation style that has become all too common: the hijacking of liberalism’s language toward an end that is fundamentally authoritarian.